In the northern city of Mazar-i-Sharif, fighters were seen shooting at a billboard of powerful warlords and their bitter enemy Rashid Dostum, stomping on it when it fell. Others roamed his residence, making videos of its lavish interiors.

In the western city of Herat, called “Little Iran,” Taliban fighters had photo-ops with helicopters and huge stashes of seized American weaponry.

Most of these young fighters were either born after 9/11 or were children when the US invaded Afghanistan.

While senior commanders are battle-hardened from fighting the Soviets or were products of radicalization in madrasas (religious schools) or refugee camps, many of those on the front line of the Taliban offensives are relatively new recruits who grew up right under the Americans’ noses.

Driving Humvees and riding on tanks, they have hoisted the Taliban’s white flag nationwide. It is not just their clothing that is different. Instead of the radio sets of commanders, they carry smartphones and upload their own videos.

“They’re hot tempered and fearless,” said Javed Khan, a shopkeeper in the market of Lashkar Gah, where Afghan government forces and the Taliban fought pitched battles. “I saw four or five of them firing with one hand and hurling grenades from the other. They’re far more dangerous, as I’ve seen their elders fight as well.”

Social media posts show some of the new generation playing with bumper cars in an amusement park and jumping on a trampoline soon after the Taliban takeover of the country.

Noor Mohammad from Helmand province said he was called back from school one day because his brother and cousin were killed.

“I saw their bodies … Both were killed by Afghan army soldiers, wrongly targeted for being with the Taliban,” he said, adding that a local cleric and a Taliban commander visited soon after to offer prayers for the deceased.

“They declared them martyrs and promised they’d go to heaven. They told me it was my duty to take revenge. The next day I went to them instead of going to school.”

Another young fighter, Khaliq, from a village on the outskirts of the city of Kandahar, lost his father in a US airstrike when he was a child.

“When I grew up, I was inspired by the Taliban mujahideen because they were trying to liberate our land from occupying forces,” he said.

For these young Taliban fighters whose family members were killed by Afghan government forces, it will be difficult to accept the amnesty announced for Kabul administration workers and the Americans.

But Taliban commanders are mostly madrasa graduates, and are respected as clerics and teachers.

“We’ve pardoned all those who’ve fought against us,” Zabihullah Mujahid, the Taliban spokesman, said on Tuesday. ”We seek no revenge.”

The amnesty also gives safe cover to soldiers, NGOs, officials and the police among others.

There is significant pressure on the top Taliban leadership to refrain from revenge or carrying out any brutal acts that could undermine the group.

A tribal elder from Helmand told Arab News that the Taliban visited villages and towns across the province as recently as Ramadan this year to recruit youngsters.

He said the visitors delivered sermons and offered them a chance to be part of a historic victory against the US.

The tribal elder added that after Eid, Taliban commanders returned with convoys of young recruits from the villages.

The Taliban campaign gained strength when the US started to withdraw its troops from Afghanistan in May after signing a deal with the group in Doha.

Once the US announced its departure, the Taliban sensed victory, boosting the morale of fighters on the ground fueled by religious zeal.

The Taliban nurtured its next generation under the shadow of US forces, and the speed of its recent victories has stunned the West.

The US miscalculated the strength of Afghan government forces after pumping $100 billion into their army and ignoring key factors such as desertions and corruption within their ranks.

“This is a monumental failure of the US, which will haunt it for a very long time,” said US-based South Asia security analyst Dr. Asfandyar Mir. “Today’s Taliban are as regressive as the first generation, but two decades of combat have certainly made them politically and militarily much better and stronger.”

The Americans misread the Taliban’s power, assuming it had diminished as had Al-Qaeda’s. But unlike Al-Qaeda, the Taliban — which are currently estimated to have between 55,000 and 85,000 trained fighters — had the choice to retreat and melt back into society.

Some analysts are optimistic that the Taliban will bring some pragmatism to their style of governance this time. Their assurances to Shiite Muslims, and their granting of interviews to female journalists, might be positive indications.

But many refuse to believe that the Taliban has changed. “The world saw what they did last time they were in power,” said Fatimeh Noori, a university graduate working in the city of Herat.

“Why should we believe they’ll be different this time when their ideology remains the same?”

The Taliban’s political leadership has experience in diplomacy and has shown flexibility, but its ideological fighters are more rigid and believe that they fought against America to bring back their old rule to Afghanistan.

Since the Taliban is primarily a military force with a harsh image, its fate depends on whether the political leadership dominates over military aspirations.

Meanwhile, images of horrific scenes from the runways of Kabul’s international airport have flooded social media. Arab News received a Facebook message from an Afghan worried for his two teenage daughters.

“I was in Kabul when after 9/11 the Americans landed on the same tarmac claiming they were here to liberate Afghans. Now they’re abandoning us to the Taliban,” said Hashem Ali.

Note: This article appeared on Arab News, dated 01 September 2021.
Disclaimer: The views expressed in the article are of the author and do not necessarily represent Institute’s policy.

Sino-India Infuence in Bangladesh and Possibilities for Pakistan 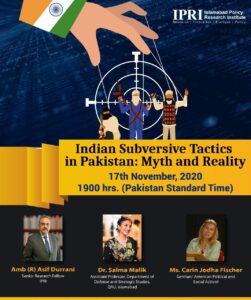