Indian Illegally Occupied Jammu and Kashmir (IIOJK) will be completing the third year of Indian occupation forces’ lockdown of the State on August 5. It partially fulfilled the RSS agenda of ‘Akhand Bharat’, as the Hindutva ideology believes in swallowing Pakistan, Bangladesh, Nepal, Bhutan and Sri Lanka to fulfil the ‘Akhandta prophecy’. When compared with the Indian atrocities of the past 75 years against the hapless Kashmiris, the previous three years could be termed as the worst; by revocation of Article 370 and 35-A, the Kashmiri identity recognized by the Indian constitution and United Nations Security Council (UNSC), has been denied forever. The entire Jammu and Kashmir state has been bifurcated into two union territories of Jammu and Kashmir and Ladakh. However, the Modi government’s action has only increased hatred amongst the Kashmiris, leaving little cause for the occupying power to celebrate.

As regards the true representatives of the Kashmiri people, they have been incarcerated for the past many years. Over one thousand political leaders and prominent political workers have been detained in various Indian jails, especially after the August 5, 2019, crackdown in the occupied State. Syed Ali Gilani died in September last year under house arrest for the past eleven years. The legendary Kashmiri leader Yasin Mallick was convicted of two life imprisonments in May this year, while he has remained in solitary confinement since 2019. Shabir Shah is another legendary leader, Nelson Mandela of Kashmir, facing incarceration on trumped-up charges.

Ironically, children as young as thirteen are amongst the thirteen thousand Kashmiri youth lodged in jails outside the occupied State. The parents of these youth are denied access unless they furnish a certificate of good conduct and a pledge that their children would not indulge in anti-India activities in future. Over ten thousand ‘half-widows’ are waiting for the news of their husbands. No one knows if those husbands are dead or alive, but their spouses have been waiting for the good or bad news for many years. Extra-judicial killings, arbitrary detentions, staged cordon and search operations and custodial torture by Indian Occupation forces continue with impunity in IIOJK. 640 Kashmiris have been martyred since August 5 2019. More than 119 Kashmiris are martyred this year alone.

Another vicious game that the Modi government has been contemplating is to coerce the Kashmiris into submission by changing the demography of the occupied State. Approximately four million Kashmiri domicile certificates have been issued to the Indian citizens as ‘permanent residents’ of occupied Kashmir. Such a measure would permanently change the demography of the occupied State, like what the Americans did with the Red Indians, or what Israel is doing with the Palestinians by slicing the Palestinian territory.

Concurrently, the Modi government is manoeuvring to change the composition of Muslim-majority constituencies. In this regard, the so-called ‘Delimitation Commission’ report has manipulated to give more seats to Hindu-dominated constituencies, which would automatically convert the Kashmiri Muslim majority population into a minority in their homeland. As per the report’s recommendations, there is a disproportionate balance of six seats for Jammu (43 seats in total) and only one for the Kashmir Valley (47 seats). With 44 percent of the population, Jammu will have 48 percent of the seats, while Kashmir, with 56 percent of the people, will have only 52 percent of the seats.

Ironically, India is taking these draconian measures in sheer violation of the UN Security Council resolutions about the Kashmir dispute. For instance, UNSC Resolution 91 (1951), dated March 30, 1951, clearly states: that “the final disposition of the State of Jammu and Kashmir will be made in accordance with the will of the people expressed through the democratic method of a free and impartial plebiscite conducted under the auspices of the United Nations”. The same resolution further affirmed that the “convening of a Constituent Assembly as recommended by the General Council of the ‘All Jammu and Kashmir National Conference’ and any action that Assembly might attempt to take to determine the future shape and affiliation of the entire State or any part thereof would not constitute a disposition of the State in accordance with the above principle”. Therefore, in light of the Security Council’s above decision, except for an UN-supervised plebiscite, any action justifying Indian occupation would be illegal and unacceptable to Pakistan and Kashmiris.

What the Modi government did on August 5, 2019, was not only a violation of the UNSC resolutions, but shamelessly disregarded even the pliable Kashmiris’ views about the draconian action, which would deprive Kashmiri identity forever; by declaring occupied Kashmir as union territory, Kashmiris will lose the right over their lands.

Indian action in the occupied State resulted from systematic machinations New Delhi has adopted to justify its occupation. However, much to India’s embarrassment, none of the Indian government has succeeded in establishing its writ in the occupied State. From the outset, Indian Independence Day has always been observed by the Kashmiri people as a Black Day. The Kashmiri population celebrates Pakistan’s national day as their national day. Pakistani flags are unfurled throughout the occupied State to remind the occupation forces that even their guns cannot subjugate the freedom struggle. At the same time, the Pakistani cricket team’s match with India becomes a nightmare for the Indian officials for obvious reasons. No Indian leader worth his salt can dare to visit the occupied State unescorted.

Unfortunately, egoism and intransigence, veneered in lies and deception, have been the hallmark of the Indian policymakers’ narrative to keep the Kashmiris deprived of their genuine demand for the right to self-determination. In doing so, the international community has been looking the other way while the Indian state machinery has been holding the helpless Kashmiri population to ransom. Ironically, the US has no qualms in highlighting the plight of the Uyghur Muslims in China. Still, it looks the other way regarding the Auschwitz-like conditions in the occupied Jammu and Kashmir, where one Indian soldier is deployed against eight unarmed Kashmiris, the highest civilian-to-soldier ratio anywhere in the world.

During the past 75 years, Kashmiris’ determination has proven a hard nut for India to crack; the situation is unlikely to change despite the Hindutva brigade’s coercive tactics. In the given circumstances, India does not have many choices, but to find a political solution that may be acceptable to all stakeholders. Otherwise, the struggle will continue. Kashmiris will suffer the Indian state terrorism; black flags would continue to fly on India’s republic day, and the Kashmiri people would proudly unfurl Pakistani flags from their houses.

Note: This article appeared in Bol News, dated 05 August 2022.
Disclaimer: The views expressed in the article are of the author and do not necessarily represent Institute’s policy. 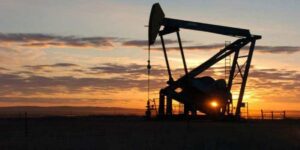 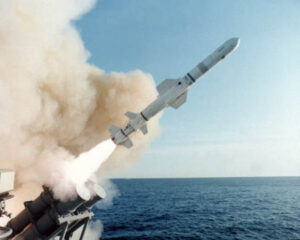