Constitutionally, India is a secular country but in practice the empirical data suggests that the country is set to be a Hindu state. Countless Hindu-Muslim riots in India after August 1947 including the demolition of Babri Mosque in December 1992 and communal riots in Indian Gujarat in February 2002 are some of the hallmarks of so-called Indian secularism and “the biggest democracy” in the world. Minorities of India could be termed “children of lesser God”, if one looks at their plight. India’s Muslims face issues such as identity and security, education and empowerment, equitable share in state funds, and a fair share in decision making process. In 2006, Sacher Committee Report had exposed the plight of Muslims, and brought out that on most socio-economic indicators, Muslims were on the margin or even worse than the scheduled castes and scheduled tribes.

At present, the growing Hindutva influence in Indian society is threatening non-Hindu minorities of India. The sub-continent witnessed the horrors of division through the experience of partition at the time of independence in 1947. Partition not only took a terrible toll of life, with an estimated 1 million victims, but also it resulted into the largest exodus of the twentieth history. The post-partition political cosmos in India has only let fundamentalist organizations blossom while terribly oppressing other minority groups. Subsequently, India witnessed political movements with a broad range of Hindutva-centric ideologies, striving for a radical change, often creating problems for other religious minorities comprising mostly Muslims and the Christians. The snow balling threat to religious minorities by fanatic and aggressive Hindu fundamentalism has raised serious doubts among the international community regarding the secular outlook and democratic claims of India. As per the Reuters, the US President Obama had warned India not to stray from its constitutional commitment to allow people to freely “profess, practice and propagate” their religion after conclusion of his visit to India in January 2015.

The plight of Indian minorities, especially, in BJP’s era has surpassed all previous records. Modi’s fundamental policies, supported and directed by the RSS, have started unleashing atrocities on Indian minorities. But the world still seems in denying mode and is unable to believe that secular claims by India are not supported by the ground realities. The reality is that India has an unwritten mandate of pushing the minorities against the wall through state policies as well as by hardliner Hindu politicians. State-sponsored anti-majority initiatives like “Purkhon Ki Ghar Vapsi”, a mass conversion jointly organized by Dharma Jagran Samanavay Vibhag, an offshoot of the RSS and Bajrang Dal, ban on cow slaughter, lynching of Muslims on fabricated charges of eating beef, increasing rape incidents targeting all the minority groups including Christian elderly Nuns, and instigation of Hindus against Muslim populace are just few examples, out of many, of anti-minority fervor amongst Hindutva-centric Modi government and its political allies. There is a silence at the top. A series of recent incidents in India have not only exposed Indian pluralism-cum-secularism but have put a big question mark on true democratic values because minorities, especially Muslims, have been victims of right wing Hindu extremists, i.e. RSS, Sangh Parivar, and the BJP.

Modi, as an activist of RSS, had demonstrated his performance as Chief Minister Gujrat in 2002, where thousands of Muslims were massacred and many were left homeless. Now the situation under his RSS-backed reign is haunting country’s minorities more than ever and they are living under constant fear. Hindu extremist organization’s leader Shiv Sena Udhay Thakray has demanded that India be proclaimed as Hindu country. In 2014, Dharm Jagran Smiti (DSJ) leader Rjeshwar Singh had threatened to Hinduize India by 2021 by expelling or re-converting Muslims and Christians. Muslims face massacre, Christians are subjected to vandalism of Churches and rape of Nuns, Sikh community is being suppressed in the name of Khalistan etc and denied separate socio-religious status, whereas, Scheduled castes and other communities face different intimidating tactics at the hands of upper class Hindus. The BJP government is providing support and oxygen to Hindu extremists to launch their agenda to “Hinduise” India. The extremist Hindu parties seem bent upon spreading Hindu-first ideology to all corners of India.

Having said that, a Hindu extremist country like India, in a progressing region, will pose serious threat and challenge to the regional peace and security. International community should end its slumber and it should be understood that any kind of support to India will be inadvertent support for Hindu extremism. The world cannot afford another religious extremism after the rise of al-Qaeda and now the ISIS. The Western business elites may continue to support Modi to accomplish their business interests but at the same time they must admonish the Indian government for deliberate gross violations of religious freedom and legitimate rights of minorities. If impartial analysis is made, it could safely be said that political Hinduism is on the rise in India, which will have negative implications for not only Pakistan-India relations but also for peace and harmony in the region. 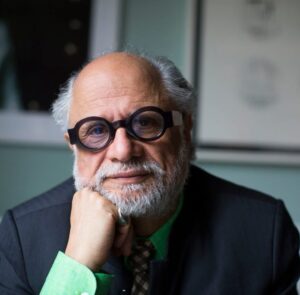