Top diplomats from the US, Iran and the European Union (EU) have been holding high level talks on Iran’s nuclear programme in Muscat, Oman. The trilateral discussion on the final settlement of a nuclear deal between Iran and the P5+1 (China, France, Germany, Russia, UK and US) in Muscat will be considered as final. Iran has demanded a timetable for the lifting of US and EU sanctions, while the US and EU are demanding the possible lowest enrichment of uranium. Mohammad Javad Zarif, the foreign minister of Iran, has shown optimism coupled with the condition regarding the recent discussions: “These discussions will bear fruit within a short span of time if Washington puts forward ‘reasonable demands’ during the discussions.” Catherine Ashton, the chief envoy of the EU, stated: “Iran and six world powers are far apart on the nuclear programme but there is possibility of being able to narrow this gap.” John Kerry opined: “There are gaps but we are driving towards the finish with a view of trying to get it done.”Iran has been facing severe economic sanctions by the US. Since 2006, the UN Security Council has passed eight resolutions, i.e., resolutions number 1,696, 1,737, 1,747, 1,803, 1,835, 1,929, 1,984 and 2,049 in order to curb the risk of nuclear proliferation. These sanctions include a ban on Iran from participating in any activity related to ballistic missiles, an arms embargo, travel bans on individuals involved in the nuclear programme and freezing the funds and assets of the Iranian Revolutionary Guard and Islamic Republic of Iran. The P5+1 powers changed their strategy in 2011 from coercion to negotiation on the controversial nuclear issue that later shaped into the interim nuclear deal. Since November 2013, these diplomatic initiatives to resolve the Iranian nuclear issue have produced several proposals for a negotiated settlement or to build confidence between Iran and the international community. The two sides clinched an interim nuclear accord, which took effect on January 20, 2014 and expired six months later. However, they agreed to extend their talks until November 24 this year, as they remained divided on a number of key issues. The interim nuclear deal is widely considered an olive branch as Iran has halted 20 percent enrichment activities, which it had accepted in the interim nuclear deal. Moreover, according to the International Atomic Energy Agency (IAEA), Iran had suspended all operations at the Fordow facility. The latest report shows that Iran had provided the IAEA information to address the outstanding allegations of possible military activities and committed to the additional protocol. In response, the P5+1 provided fuel assemblies for the Tehran Research Reactor (TRR). Moreover, the P5+1 supported IAEA technical cooperation to modernise and maintain the safety of TRR. Six world powers put together a detailed package to provide medical isotopes for cancer patients in Iran that had been suspended due to strict sanctions on Iran by the US. Though they faced criticism by Israel, they provided sanctions relief to Iran on the sales of precious metals and petrochemicals. The Islamic State of Iraq and Syria (ISIS) threat provided a chance for cooperation in the region and for building confidence between the US and Iran. Therefore, US President Obama dispatched a letter to the Iranian supreme leader, Ayatollah Ali Khamenei, in order to enhance cooperation on regional issues. However, this nuclear diplomacy was overturned by Iran, which shows the lack of trust between both parties.Iran has announced time and again that it will never give up its right to develop peaceful nuclear technology while Washington wants to curb Iranian ability to build a nuclear weapon. The ongoing regional security environment coupled with current statements suggest that there is very slight hope of a permanent deal between Iran and the six world powers but these discussions are melting the ice between the two parties. This deal is a prerequisite for a stable Middle East as settlement of the nuclear dispute will help in decreasing tensions in the region. Yet, there are rare chances of a permanent nuclear deal at this point in time but nuclear diplomacy will bear fruits and later both parties may accept a middle way. That would be a win-win situation for every stakeholder. The much-coveted middle way — the P5+1 likely to accept the Iranian right to a peaceful programme but under strict watchdog observation so that Iran may remain unable to build a bomb — would be face saving for both parties. However, solving the issue of extent of centrifuge production will remain a serious challenge for the US and Iran. 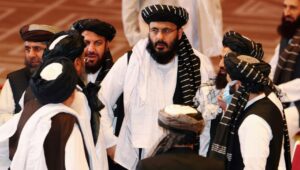 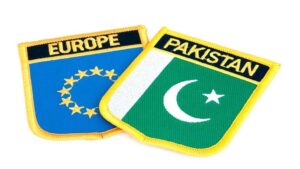 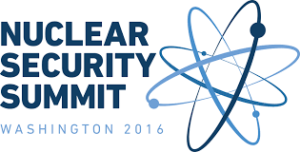 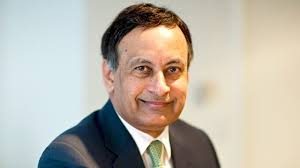