One year of Taliban victory

The Taliban’s first anniversary of capturing power in Kabul has been a lacklustre affair. There was no fanfare on the streets of Kabul or other cities except for gun-trotting Taliban soldiers; no one from the general public was visible to greet the Taliban or express their happiness about the change. The lack of enthusiasm amongst the general populace should compel the Taliban to ponder and objectively realize how long this ‘forced marriage’ will last. Similarly, the Taliban faced isolation at the international level as no country recognized the theocratic state due to the latter’s non-cooperative attitude.

Comparatively speaking, today’s Afghanistan is peaceful, but people are scared. People want to leave the country. They are not sure what is in store for them in future. According to the UN High Commissioner for Refugees, by the end of last year, 3.5 million people had been displaced within Afghanistan’s borders, and more than two million had fled the country.

It does not mean that the previous dispensation led by Presidents Hamid Karzai or Ashraf Ghani was any better. However, there was a difference: Karzai and Ghani represented the will of the people even if through flawed elections. They were answerable to the Afghan parliament and enjoyed international legitimacy. The Taliban neither represent the will of the people nor enjoy international legitimacy. Consequently, the ordinary person is suffering.

The Taliban’s apologists may argue that Karzai and Ghani were the American puppets, paratrooped by the CIA; both lacked mass appeal and were confined to the capital Kabul and sarcastically called ‘Mayors of Kabul’. Their outreach to the people was negligible while they thrived on international donations, mostly from American and European sources. Incompetence, nepotism and corruption were the hallmarks of the American post-9/11 order in Afghanistan, which ultimately became the cause of Ashraf Ghani’s downfall without offering a nominal resistance.

It is now being openly acknowledged that before the fall of the Ghani government, the US administration had become fed up with the corrupt administration and its incompetence. Therefore, it not only stopped feeding the Ghani government after May last year, but it also left the Afghan National Defence Forces (ANDF) to their own devices. Consequently, the ANDF failed to put up resistance to the Taliban onslaught beginning from the north of Afghanistan. Most provinces fell to the Taliban without resistance as if waiting for the Taliban to take over. For the Americans, withdrawal from Afghanistan was a rational decision to cut their human and material losses, which President Trump would describe as a ‘wasteful war’. Thus, the US would save $50 billion per annum by withdrawing from Afghanistan.

However, the US had the plan-B for the Taliban post-withdrawal period. Instead of prolonging its stay, the US preferred to teach the Taliban a lesson from outside the country. The US not only froze USD 9.6 billion of Afghan money in the US and European banks, but also imposed sanctions on the American banks to do regular business with the outside world. The Americans have almost paralyzed the Afghan economy, which has plunged the country into a humanitarian crisis; almost 90 percent of people are living below the poverty line. Ironically, the educated Afghans, especially professionals, have left the country, leaving the Taliban to handle state affairs in an archaic and non-professional manner.

While the Taliban are in power, their way of conducting international affairs keeps the country in a state of flux. The Taliban’s refusal to form an inclusive government, by including religious and ethnic minorities, as demanded by the US and other European countries and their rigidity to observe human rights, especially allowing secondary school girls to pursue their education, are forcing the governments to withhold recognition of the Taliban regime. The Taliban’s endeavours to be recognized have failed as none of the nations is ready to give legitimacy to a regime which is not prepared to conform to international norms and practices.

The killing of Ayman Al-Zawahiri in Kabul has further complicated the future interaction between the US and the Taliban. Despite assurances under the Doha agreement not to allow Afghan soil to be used by the Al-Qaeda terrorists, the presence of Zawahiri in Afghanistan is seen in diplomatic circles as yet another proof that the Taliban have been in cahoots with the terrorist organization. No one is ready to believe that Zawahiri was residing in the posh locality of Kabul without knowing the Taliban or a faction of the Taliban led by the Haqqani group.

For Pakistan, two issues are of concern. First is the presence of the Tehrik-i-Taliban Pakistan (TTP) in Afghanistan, whose foot soldiers have become active in attacking Pakistani security forces personnel along the Pak-Afghan border. The TTP cadres sighted in Swat and adjacent areas and the kidnapping of police and law enforcement agencies personnel has raised alarm in Islamabad. This would give credence to speculations that the Afghan Taliban are using the TTP as a bargaining chip to gain concessions from Islamabad, including their recognition.

Second, the Indian decision to formally open its embassy in Kabul should raise the ante in Islamabad. The Taliban have reportedly allowed India to resume activities on the pending development projects it had undertaken before President Ghani’s government fell. Pakistan would not have any objection to India resuming work on the pending projects. However, India’s resumption of contacts with the TTP and Baloch dissidents may concern Islamabad. Given the experience with the Mujahideen groups, especially Prof Burhanuddin Rabbani, Pakistan would be sceptical of the Taliban doing the Indian bidding and allowing the Afghan soil to be used by India against Pakistan.

There is no doubt that India has been using Afghanistan in the past as a ‘second front’ against Pakistan by fanning dissidence in Balochistan province and financially supporting the TTP. If India persists with its ‘second front’ policy, it would be a breach of understanding reached on the sidelines of the SCO summit in Dushanbe in September last year, whereby the member states resolved not to play favourites in Afghanistan. If the Taliban failed to exercise vigilance on the Indian activities on their soil, they would be repeating the mistake committed by Prof Burhanuddin Rabbani. In either case, it would be a revival of the Pakistan-India competition in Afghanistan of yesteryears with severe consequences for the entire region. This time Pakistan may decide to pay back India in the same coin, particularly when over a dozen insurgencies are already hot in many parts of India.

Finally, the Taliban’s rule does not offer a role model to any nation in the 21st century including Pakistan. There is also a lesson for politicians— they should learn to value the country’s freedom of choice and expression. They should also realize that for over four decades, Pakistan has suffered immensely in terms of blood and treasure due to events in Afghanistan. However, the cumulative effect of our involvement in Afghan affairs has only added difficulties for Pakistan. Therefore, prudence demands maintaining a respectable distance from the forces of obscurantism and focusing energies on building a moderate and progressive Pakistan in peace within and without.

Note: This article appeared in Bol News, dated 18 August 2022.
Disclaimer: The views expressed in the article are of the author and do not necessarily represent Institute’s policy. 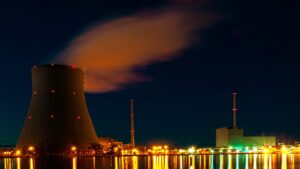 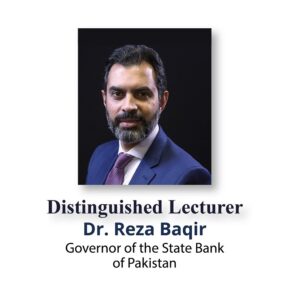