Donation of one day’s pay and 30 days’ ration by the armed forces of Pakistan indicates their empathy with the Internally Displaced Persons (IDPs) from North Waziristan. 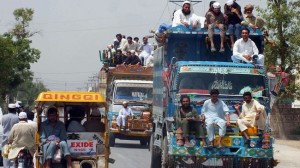 Over 500,000 people have fled the conflict zone as the military continues its offensive against terrorist outfits. Even before the operation was announced over 63,000 people had left because of fears of a larger offensive. The displaced families have already suffered immensely due to the war on terror. The operation in North Waziristan won’t end the scourge of terrorism in Pakistan unless a clear policy is adopted to address militancy in all shapes and shades. The people of tribal regions deserve the same rights, freedom, protection and economic opportunities available to Pakistanis elsewhere. For sustainable peace and development, the government needs to introduce political, economic, social and administrative reforms in tribal areas. Their fundamental rights cannot be guaranteed unless the government decides to amend the constitution and transfer the legislative and administrative powers of tribal areas from the president to parliament.

Finance Minister has pledged that the government would exploit all out resources to ensure success of North Waziristan operation and facilitation of IDPs; in this context Rs500 million have already been approved. “The government will meet all requirements of the military. All resources will be used to facilitate the peace-loving men, women and children who will be displaced due to the operation till they settle again,” the minister said in his closing speech on federal budget

2014-15.. He further said that Prime Minister had already announced that the operation would continue till all the havens of terrorists are dismantled; and that a committee has already been formed to oversee the operations.

So far, the army operation in North Waziristan has cleared 40 percent area from terrorists and more than 60 sanctuaries of terrorists have been destroyed. The army has killed over 200 people, all rebel fighters. The United States has also participated in the activity in the form of drone strikes. The whole nation supports the armed forces for the success of this military operation. National assembly, some of the provincial and AJK assemblies have passed supporting and endorsing resolutions. Military has met little resistance on the ground; because even before the operation was launched, a large number of terrorists had fled the area—mainly to Afghanistan.  Analysts are cautious about the outcome of this operation due to the porosity of the Pak-Afghan border.

The governor of KPK province has said the effectiveness of the operation would largely depend on how tightly Afghan authorities seal the border. “That is going to be the key to success.” Border surveillance by the US had also been increased, said the US commander in Afghanistan, General Joseph Dunford. The amount of intelligence-sharing with the Afghans had been increased, but the United States was not coordinating military operations with Pakistan along the border, he added. 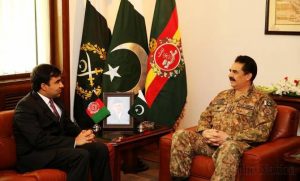 Meanwhile in another related development, Afghanistan Ambassador to Pakistan, HE Janan Mosazai held a meeting with Chief of Army Staff General Raheel Sharif and exchanged views about the ongoing operation in North Waziristan Agency as well as measures to improve security along the Durand Line. The COAS asked the Ambassador to convey to the Afghan authorities to destroy TTP’s hideouts in Kunar and Nuristan provinces where fleeing militants from Pakistan get shelter and support and carry out attacks on Pakistan’s border areas.

In the broader context, the scope of conflict is expanding at a pretty fast speed. Greater Middle East, South Asia and North Africa seem to be intricately linked and mired in an unending cycle of violence and destruction. Baghdad may fall to ISIS, Americans are all set to intervene in support of the government installed by them. In Afghanistan, Dr Abdullah Abdullah has dissociated from the electoral process on account of what he calls “industrial level fraud” in the polls during the second round of elections. With this troubled immediate and extended neighbourhood, which is proverbially on boiling point, Pakistan is fighting on multiple fronts. It has launched Operation in the North Waziristan; Model Town incident has brought forth the tensions from within. Ruling party is under unnecessary pressure with regard to emerging “grand alliance” of a few small parties and is overreacting in an erratic fashion. Operation in Karachi has lingered on inordinately, without bringing any qualitative change in the law and order situation. Though Balochistan is comparatively calmer, it is far from satisfactory. Recent attack on Karachi airport has demonstrated that Taliban elements are still capable of attacking high value targets at the time and place of their choosing.

Under these circumstances, the operation in North Waziristan is fraught with a couple of loose ends. Realizing the failure of operation without due coordination with and support from Afghanistan, Prime Minister Nawaz Sharif spoke to President Karzai over the phone and sought his government’s help to enhance border security and to stop the fleeing militants from entering Afghan territory. As a follow-up action, Foreign Secretary Aizaz Chaudry along with special envoy Mahmood Khan Achakzai met Afghan President Karzai to formally convey Pakistan’s cooperation request in the ongoing military operation. Earlier, when Pakistan army issued a formal statement about the operation, it had stated that the Afghan National Army and Afghan Border Police have also been requested to seal the border on their side to facilitate elimination of terrorists fleeing across the border.

Afghanistan president also telephoned Prime Minister Nawaz Sharif and discussed the developments which took place in the meeting with special envoy Mahmood Khan Achakzai. According to a statement posted on the Afghan presidential palace’s website, Karazi has offered complete cooperation. “President Karzai told the Pakistani Prime Minister that his government would extend complete cooperation until all sanctuaries of terrorists on the other side of the Durand Line are eliminated…The Pakistani Prime Minister agreed with all parts of an Afghan proposal that both countries should jointly fight with all terrorists. Safe havens of terrorists should be dismantled and there should be a road-map to coordinate the joint struggle,” the statement added. It was decided that an Afghan delegation would also soon visit Islamabad to carry a special letter from President Karzai that would list some proposals and would also discuss future plans with Pakistani side.

It is a matter of concern for Pakistan that with the help of India, Afghanistan has acquired the capacity of launching cross border attacks against Pakistan. The base camps of these militants serve as transit and staging facility for those Taliban elements who after carrying out acts of terrorism cross over to Afghanistan side.  Notwithstanding the articulations about support to Pakistan, on ground position is that the Afghan government does not have the capacity to walk the talk. It neither has the political leverage nor coercive means to influence these elements. Moreover, for the last couple of years, Afghan security establishment has become used to employing these elements as proxies not only in FATA, but also in deep inside Pakistan—mainly on behest of India.

Notwithstanding this, managing the direction and dynamics of the operation is an important aspect and the national leadership should endeavor to tie all loose ends to retain control over the operation. Dilemma of this operation is that while failure is not an option, success is also not easy to come by. 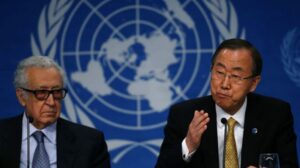