Fifth ministerial conference of the Heart of Asia-Istanbul Process (HOA) was an interesting event; it could be termed as a success. Process envisages an agenda for regional cooperation in the ‘Heart of Asia’ by placing Afghanistan at its centre and engaging its member states in sincere and result oriented cooperation for a peaceful and stable Afghanistan, alongside a secure and prosperous region. Also in the spotlight was Indian foreign minister Sushma Swaraj, who participated in important bilateral discussions in addition to the conference proceedings.

Joint inauguration of the Conference by Prime Minister Nawaz Sharif and President Ashraf Ghani as well as high-level participation of several important countries and international organizations, made the event focus of world attention. It also raised Pakistan’s profile as an important player and a factor of stability in international affairs.

While President Ghani was roaring in Islamabad, Taliban were calling the shots back home in Kandhar. They logged over fifty fatalities during a high profile attack on well-defended joint user airport. Afghanistan is in turmoil, the situation is rather complicated and good offices of every one and any one need to be mobilized if a lasting peace and development is to be achieved.

Prime Minister Nawaz assured that Pakistan considers Afghanistan as more than a neighbour and has always stood by the democratically elected legitimate government in Kabul and fully supports its sovereignty. And that massive movement of Afghan refugees across the common border constitute a security risk, and tangible steps would be required to stop it. Afghan government agreed to restart dialogue with ‘reconcilable’ Taliban with the help of Pakistan, the United States and China. The development came after a series of bilateral and trilateral meetings involving the four countries on the sidelines of the conference.
Afghan foreign minister Salahuddin Rabbani said: “At the trilateral and bilateral meetings, the main discussion item has been the peace process in Afghanistan”. The US deputy secretary of state Antony Blinken said: “The governments of Afghanistan, Pakistan, China and US held a series of meetings to reaffirm our collective commitment to enabling an Afghan-led and Afghan-owned process of reconciliation and cessation of violence.” Initial agreement between the US and Pakistan on expediting the resumption of Afghan peace talks was forged during General Raheel Sharif’s visit to the US in November.

Afghan President and Army Chief discussed the roadmap and it was agreed to put in place specific measures to deny terrorists’ access to financial and material resources, dismantle their sanctuaries and curtail their ability to recruit and train new terrorists. During the meeting two sides discussed “meaningful steps” that could bring enduring peace and ensure that the gains made in this regard are irreversible. The reference to making gains irreversible was about Pakistan’s concerns that elements in the Afghan establishment, who are opposed to the process, could again sabotage the resumed contacts. The Murree process shall resume from where it broke off in July. Taliban groups that had opened talks with the Afghan government at that time are likely to come back to the table. Mr Blinken said that all stakeholders were determined to move forward and “get the right people around the table”.

Prime Minister Nawaz described the enemies of Afghanistan as enemies of Pakistan, adding that his government would continue to support an Afghan-led reconciliation process, which seemed to be the most viable option to end violence in Afghanistan. “We are convinced that terrorism and extremism is the common enemy of all. In our view, the finalization of border management SOPs at the earliest will be helpful in containing the movement of terrorists across borders,” he said.

President Ghani lauded Pakistan’s decision to launch military operations against militants and also spoke about the ‘unintended consequences’ of these operations. “Unfortunately, recent events in Pakistan have forced us to host close to 350,000 to 500,000 Pakistani refugees on our soil… Until now, we have launched 40 operations against them through our forces.” Terming non-state actors a thing of the past, he said: “State-to-state, political-to-political, military-to-military, economic-to-economic and intelligence-to-intelligence cooperation are central to the Pak-Afghan relationship.” “We need to create a framework for comprehensive cooperation so that, in light of drivers of conflict, we can fashion solutions that are going to be lasting. Peace is not equivalent to reconciliation,” he pointed out.

The outcome of the conference was the unanimously adopted “Islamabad Declaration,” reaffirming commitment of the Heart of Asia countries for long-term peace and stability in Afghanistan. Towards this end, the declaration stipulated measures for deepening cooperation and collaboration in political, security, economic development and regional connectivity areas, within the HOA region. Recognizing that emerging security challenges have the potential of expanding to the entire region, if timely measures are not taken, the conference agreed on the need to evolve a collective approach to deal with such challenges. It also agreed to continue cooperation in the following Confidence Building Measures (CBMs): disaster management; counter-terrorism; counter-narcotics; trade, commercial and investment opportunities; regional infrastructure; and education.

Heart of Asia Ministerial meeting also provided an opportunity to hold important bilateral meetings. The most important subject in these sideline meetings was to explore ways and means of improving Afghanistan-Pakistan relations and facilitating the resumption of stalled Afghan reconciliation process. Key elements of this consensus were: peace in Afghanistan is vital for the peace in the region and beyond; closer collaboration and coordination between Pakistan and Afghanistan is essential for promoting peace in Afghanistan and for effectively combating terrorism; and reconciliation through a politically negotiated settlement is the only viable option for promoting long-term peace in Afghanistan. Pakistan’s role and commitment for facilitating peace talks was recognized.

Pakistan and India have agreed to restart the dialogue process, Sushma Swaraj disclosed at a joint press conference with Sartaj Aziz: “Instead of composite dialogues now comprehensive dialogues will be held in which all outstanding issues will be discussed”. All eight sectors of the composite dialogue would be part of the comprehensive bilateral dialogue and more things could be added to it. Comprehensive dialogue will include discussions on peace and security, Jammu and Kashmir, Siachen, Sir Creek, confidence building measures, the Wullar Barrage/Tulbul Navigation Project, economic and commercial cooperation, counterterrorism, narcotics control and humanitarian issues. It will also address people to people exchanges and religious tourism. Shushma confirmed that Prime Minister Narendra Modi will visit Pakistan next year for the SAARC summit expected to be held in coming September.

Shushma set out India’s desire for a new trade corridor to be opened into Central Asia through Afghanistan. Indian agreement of a new dialogue with Pakistan reflected an acceptance that Indian ambition of regional trade will never be realized without its better relationship with Pakistan. The new engagement between the two countires has raised hopes of a broader reconciliation.

Substantial gains were made during the event— both in Pakistan-Afghanistan and Pakistan-India context; however, not without the likelihood of their quick meltdown on slightest pretext. Pakistan’s troubled neighbourhood—both in the east and west present a treacherous playground in terms of diplomacy and peace process. Fist immediate causality was resignation of pro-India head of Afghanistan’s Directorate of National Security— Rahmatullah Nabi— who does not want his country to engage with Pakistan for joint and cooperative effort for solving the problems these two countries face, despite the fact that none of the countries could resolve these issues without the help of other. Likewise, Modi has a compulsion to please his hardline power base—terrorist outfit Shiv Sena—through Pakistan bashing. His anti-Pakistan rhetoric of electoral campaign has turned out as a bone in the throat which is neither easy to swallow nor viable to vomit. Pakistan is poised to tread a difficult path with both these neighbours. 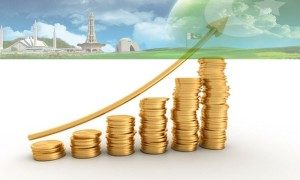 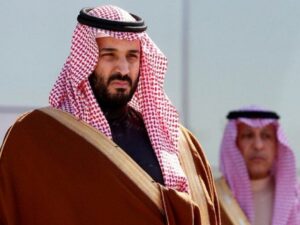 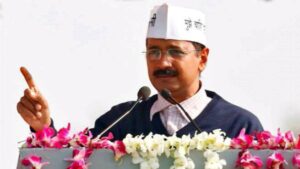