Nawaz Sharif’s recent visit to China was a breath of fresh air in the stagnant political environment created by the prolonged political sit-ins in the capital. The inter-state visit strengthened bilateral ties and economic co-operation between both countries. Almost 19 trade agreements and MOUs in the field of infrastructure, technology, polio prevention, solar housing and energy have been signed. At present, Pakistan-China has bilateral trade of almost $12 billion which is targeted to reach $15 billion in the next few decades. The PM’s visit, which was aimed at rebuilding investor confidence and attracting huge foreign investments has been successful, as Pak-China friendship has reached new heights of mutual co-operation and understanding. 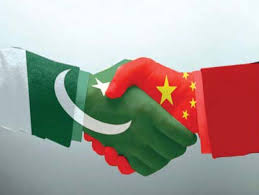 Pakistan-China relations have always been marked by deep strategic vision, global diplomacy and pragmatism shown by both sides to reciprocate each other’s regional and strategic interests. The Chinese premier was the first foreign leader to visit Pakistan after Nawaz Sharif’s victory in the 2013 polls. The Chinese president’s visit to India in September and the cancellation of his visit to Pakistan disappointed the nation but this recent visit has opened new overtures of hope and opportunity for both nations. The upgradation of the Karakorum Highway as part of the proposed economic corridor and handing over of Gwadar Port to China are a way forward in Pak-China bilateral relations. Pakistan has pledged to co-operate to fight terrorist forces such as the East Turkistan Islamic Movement and militants from Xinjiang, said to be residing in its tribal belt. Both the counties have promised to co-ordinate and work jointly on Afghanistan to promote peace and stability in the region.

At the regional level, India is not very happy with growing Pak-China military and diplomatic ties. During his Indian visit, Xi announced $20 billion of Chinese investment in India for the next five years while it has promised to invest over $42 billion in Pakistan; a strong Pakistan-Chinese alliance is a grave threat to India. China has also increased its trade with South East Asian countries including Vietnam, Philippines, Myanmar, Singapore and Malaysia to balance increased US influence in the region under its Asia-Pacific policy. China is spending heavily on its navy and building its sea-ports in Bangladesh, Sri-Lanka and Pakistan as a part of its “string of pearls” strategy. These developments include both economic and military implications. This rise of the China policy has threatened the West and US and they are pursuing the policy of China’s containment in the region. India has been playing a pivotal role to oppose these Chinese developments along with the US. In light of such regional developments, Pakistan-China friendship is a counter balance to the Indo-US strategic partnership in the region.

Historically speaking, there is convergence of economic, security and strategic interests of both the states inthe region. China has always considered Pakistan a significant regional ally and as an access route to CARs and the Middle East through revival of its old silk route. Over the years, China has supported Pakistan over the Kashmir issue and in its fight against terrorism. The construction of the KKH Highway, Heavy Mechanical Complex at Taxila and Chashma Nuclear Plants (III and IV) are a symbol of their mutual cooperation and joint ventures. Similarly, Pakistan has facilitated China to end its isolation during the Cold War era and development of its relations with the US and the West. Pakistan has stood with China over issues of sovereignty in Hong Kong, Tibet, Taiwan and human rights issues. Chinese nuclear co-operation with Pakistan after the discriminatory Indo-US nuclear deal and the US shift towards India has pushed Pakistan to further diversify its foreign policy towards China.

Even as Pakistan and China are moving ahead in their bilateral relations to end the power shortage, create job opportunities and uplift the economy and tourism in Pakistan, Nawaz Sharif’s visit to China will only prove truly productive with the materialization of the Pak-China Economic corridor and the practical implementation of these agreements.