Pakistan’s politics never had traditions worth emulation. While still a legatee of the colonial mindset, the country’s politics revolved around ideology — good or bad. Frequent interruptions in the political process created a class of opportunists whose sole aim was to grab power by hook or crook. Gone are the days of decency among politicians; we don’t have among us Zulfiqar Ali Bhutto, Mufti Mehmood, Maulana Maududi, Wali Khan, Ghous Bux Bizenjo, Sher Baz Mazari, Meraj Mohammad Khan, or Malik Meraj Khalid, who inspired the youth and ensured that their followers did not cross the limits of decency. We don’t have poets like Faiz, Faraz or Jalib to reflect the people’s true feelings. We now have the pygmies trying to fit in the big shoes. Of course, populism is the new currency with unintended consequences.

We all know what happened during the dictatorships in the past 75 years of our history. We were made to believe that Ayub Khan, Zia-ul Haq and Pervez Musharraf regimes brought good luck to the country’s economy. If industrialization was claimed to be the hallmark of Ayub’s regime, Zia-ul Haq and Musharraf ensured that the economy flourished; prices were controlled; sugar mafias were still not calling the shots. It is claimed that Pakistan never faced a balance of payment crisis under the military rulers. However, it is also true that military rulers in Pakistan had lady luck on their side. Ayub’s era witnessed the height of the cold war, which helped Pakistan to attract the attention of the United States and investments on a substantive scale.

Zia and Musharraf initially faced opposition from the Americans and the West, but the Afghanistan situation came to their rescue. Gen Zia had to thank his stars for strengthening his position in the country from a pariah to darling status. He emerged as the leader of the Afghan Mujahideen, who, to this day, revere him as their mentor. We had dollars, Kalashnikovs and drugs in plenteous supply in the country. Corruption also gained ground during Zia’s regime.

Musharraf’s fate was not different; he became a darling soon after 9/11. One vividly remembers the warm welcome he received in New York to address the UN General Assembly. He was chased by over 100 cameras wherever he went within the precincts of the United Nations. Of course, the country had an uninterrupted supply of dollars without surplus exports. President Bush Junior was so enamoured with Musharraf that he would not accept any criticism of him while declaring him a “stand-up guy”.

Since the fall of Musharraf, the country has been facing a hybrid system, which is now challenged by Imran Khan even though he has been a beneficiary of the establishment’s benevolence, and still egging for their favour. Imran Khan’s charisma may suit the populist polity but offers little for the country’s well-being; a one-person show may enthrall the audience in a stadium, but it cannot provide a better future. His opponents, maligned as corrupt, have failed to correct the public perception of their malpractices and mismanagement. Consequently, the country is witnessing chaotic conditions without recourse to sanity and good governance.

While the country’s political fault lines have deepened over the decades, the rule of law has been the major casualty which is sine qua non for any stable society. Most politicians have private bodyguards who masquerade on the streets to display power and pelf. Politics has become a family business if you look at the present composition of the federal or provincial cabinets. No political party is worth its salt to offer clear plans to uplift the country from the current morass.

However, all is not lost; there is still a silver lining to steer the country out of the clutter. Just look around, and you will find that your schools and hospitals are still working, although one can question their performance. Other institutions’ performance may not be satisfactory, but there is always room for improvement. So, when our basic infrastructure is intact and working at the optimal level, leadership is needed to enhance the performance of the country’s institutions to international standards. This would be possible only if the government had political stability.

The democratic world led by the United States may criticize China’s political system. Still, it cannot compete with China’s meritocracy, which pulled over 800 million people out of poverty, the fundamental human right prerequisite. The hybrid system in Pakistan must revamp itself following international norms and standards for political stability. It is the stability of the Chinese political system that in 2019, over 100 million Chinese went abroad as tourists and returned to their country—proof that the people are satisfied with the Chinese political system.

Therefore, there is a need for all stakeholders in the country’s politics to evolve a modus vivendi spelling out the rules of the game. No institution should dominate the others. A National Security Council should take all the major decisions to be participated by the ruling party, opposition, and civil and military bureaucracy. However, the establishment must realize that civilian supremacy over governance can take the country forward. A civil bureaucrat or a general cannot win a councillor’s election, while a politician, good or bad, represents the will of thousands of his constituents. Let the constituents decide their fate.

Theoretically, the above prognosis may sound ideal unless tested in repeated elections to ensure that the country’s polity has attained maturity. However, whatever democratic or dictatorship system we may follow in Pakistan will be judged through the parameters of the rule of law in the country. A rule-based polity would create a sense of belonging amongst the country’s people and be respected elsewhere.

Note: This article appeared in BOL, dated 06 November 2022.
Disclaimer: The views expressed in the article are of the author and do not necessarily represent Institute’s policy. 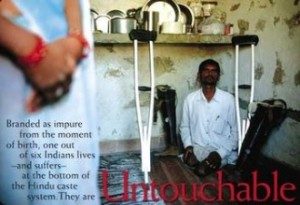 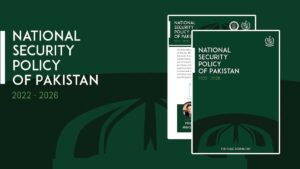 National Security Policy: A Step in the Right Direction 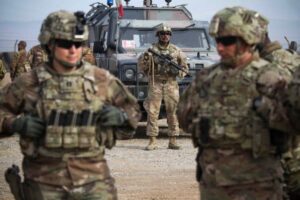