The recent visit of Obama to India has raised a significant question for Pakistan to review its foreign policy goals and prioritize its national and regional interests i.e. China vs. US?

The fast growing Indo-US ties have urged Pakistan to remind Washington that it also has a powerful strategic ally in the region i.e. China. The second visit of Obama to India as US President, guaranting nuclear concessions and NSG waiver  to a  non-signatory of NPT,  gaining access to Indian market economy, offering  $4 billion loans and investments, inking 10 year defence agreement and  reiterating its support for India’s  ambitions to seek permanent membership of UNSC clearly reflects discriminatory policy of US towards Pakistan. Notwithstanding Pakistan’s enormous contribution to US led war on Terror, US has never shown satisfaction rather demanded from Pakistan to do more.

Pakistan has been a key strategic ally of US in GWOT. It has suffered for more than a decade to fight Al-Qaeda. The exact number of Pakistani causalities in this war is hard to calculate. The Pakistani soil has become battlefield for terrorists and extremist elements due to this US-led war. Pakistani military remained engaged on both internal and external fronts simultaneously. Military operations were launched in tribal areas of Pakistan to eliminate the menace of terrorism. On the other hand when US troops are being withdrawn from Afghanistan, it is feared the US may repeat its policy of leaving Pakistan in lurch as was done after Soviet-Afghan war. It goes beyond saying that US can ill afford to overlook the geo-political importance of Pakistan, particularly after the withdrawal of NATO forces from Afghanistan. Pakistan provides an access route to Central Asia and Europe which is key to the furtherance of US activities in these regions. Contrarily, instead of playing a balanced role in South Asia US has exacerbated the situation by manifesting its clear tilt towards India. It is high time for Pakistan to revisit its strategic partnership with US. And an alternative to it, Pakistan must seriously mull over reaching out to other powers like China and Russia.

China and Pakistan are time tested friends sharing long history of exemplary relationship.  Both the countries have mutual economic and security interests. Pakistan is relying on China for its vast investment in energy, trade sector and its support on Kashmir issue at international forums. While China deems Pakistan as an important ally to counter balance Indian and US influence in the region. Besides this it needs Pakistan to counter regional terrorism and to gain access to Middle East- Indian Ocean via Gwadar Port.  Moreover, the Silk route running through Pakistan is best suited for China to reach Central Asia and Europe. Pakistan and China have been co-operating in sectors of defense, energy, infrastructure, health and technology. Both have joint ventures like Gwadar Port and proposed Pak-China Economic Corridor.  China has never been skeptical about Pakistan’s relations with US or its growing ties with Russia. Similarly, China’s commercial and economic co-operation with India has never irked Pakistan. There has been a deep seated mutual confidence and understanding between the two states since inception. US and India has always viewed the relations between the two with concern and undue suspicion. For US, the emergence of China as a global power is radiating serious threat to its national interests, the containment of which appears to be its core objective.

On Indian side as well, China’s strategic alliance with Pakistan has not been welcomed. India considers Pakistan as its arch rival since its establishment. Pak-India holds baggage of bitter past experiences and inter-state conflicts. Similarly Indo-China relations have been mired by long standing border disputes and hegemonic war to seek the status of global and regional power. India’s desire to secure UNSC permanent membership is also not acceptable for China. India is also threatened by China’s “String of Pearls Strategy”. In the light of flourishing Pak-China relations, India feels apprehensive and has diverted its alliance towards Japan, Russia and particularly US. In the last decade, Indo-US relations have shown convergence of security, geo-political and economic interests in the region. The rise of China is a mutual threat for both. Both the states have strategic defence and nuclear co-operation. US foresees active Indian role in Afghanistan after its troops withdrawal. India is also important for US to tackle regional terrorism and to pursue its Asia Pacific Pivot policy and Indo-Pacific strategy. India also provides market for high value US exports and investments. India’s goal to achieve deeper economic integration with countries in Pacific Rim and to secure its policies in Indian Ocean has also led to strengthening of Washington-Delhi alliance.

In the context of evolving Indo-US relations and their strong regional alliance, Pakistan must rethink about its partnership with US. In the changing dynamics of global politics and power structure, Pakistan has to diversify its foreign policy, strategic vision and diplomacy. It is said that we can change friends but we cannot change neighbours. Fortunately, China is our immediate neighbor and long lasting friend and by improving our strategic partnership with China we can achieve better national, regional and global interests as compared to US. 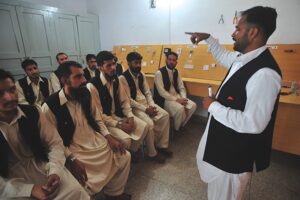 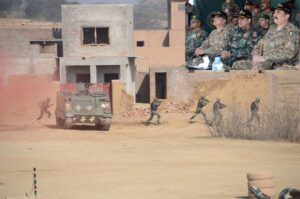