While Pakistanis remain groped in political instability and economic regression, there is some light at the end of the tunnel. Two statements in adversity made me look at the bigger picture. One; former Prime Minister Imran Khan remarked that, “parliamentarians do not have an army, their weapon to fight is persuasion and consistent struggle.” Two; a member of the honourable bench of the Supreme Court observed that, “application of mind by legislators in a weird manner as they go on to interpret the constitution is at the root-cause of discord.” If we read deeply into both the candid statements, a lot can be amended and reformed in our otherwise checkered and contested national life.

We are at the brink these days. An experiment to show an elected prime minister the door in April by a ‘coalition of the unwilling’ has backfired. Notwithstanding the cross-currents of cipher and the overt and covert meddling of a superpower, the fact is that the truth has not been made public to this day. The bitter half-truth is creating a nuisance, and has adversely impacted national cohesion. The nation must know in totality as to what the alleged submission from Washington was and how the powers-that-be reacted to it in their considerate opinion. The cipher, now in formal possession of authorities concerned, as well as the Chief Justice of Pakistan and the President of the Republic, merits a probe to clear the mist and enable the nation to re-orient itself in proper perspective. Allegations and counter-allegations have only furthered chaos and confusion.

With the economy reeling under an immense debt-burden of $120 billion, a current account deficit of more than $17 billion, and forex reserves dipping below $9 billion, all is not well in the Republic. We are at the threshold of default, and the currency is battered to the core with no signs of a comeback. To further compound the situation is the political mess that is staring on our face, as one of the most fractured alliances of all-and-sundry is unable to make a sense of where we are heading. The ousted PTI under Khan is unwilling to settle at anything but recourse to ballot, and the ruling dispensation is busy in buying time at the cost of great risks.

The perils are many. The fudging of statistics by the government in an attempt to paint a dismal picture of the economy, it inherited in April, has sent wrong signals. The Economic Review 2021-22, however, spilled the beans and eulogised the sacked dispensation. The confidence of the market and investors is at the lowest, and most of the days the bourses are bearish. The IMF is in a Shakespearean mindset. It is asking for a pound of flesh, and is unmindful of the bleeding it will lead to. The staff-level accord with the Fund is making no headway, as conditionalities keep on piling. Thus, with inflation officially at 22%, civil strife looms large, pushing the country on the path of Sri Lanka.

Egalitarian nations seek refuge in rule of law and rectify their fallacies by applying conventions of wisdom. So is the way out for us. We have had enough of confrontation. Playing one national institution against another has bred parochialism. Moreover, the tendency to lambast institutions, especially the judiciary, if they do not fall in line with petty political aspirations is a myopic and self-centered approach.

Let persuasion in civility and recourse to law be our modus operandi. Likewise, let the pillars of state stick to their own constitutionally-ordained role and not to hobnob in others’ domains. This is how we can find a way out of the quagmire we are in these days. Pakistan needs an invincible civil order, and a decorum that is lawful and just. Until and unless we do away with corrupt practices and misuse of power, nothing will change for good. Behind the curtain engineering has not helped. Ciphers and political algorithms of deceit must be put to rest.

Note: This article appeared in Tribune, dated 30 July 2022.
Disclaimer: The views expressed in the article are of the author and do not necessarily represent Institute’s policy. 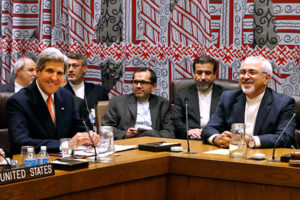 The Millennium Deal: Myth and Reality 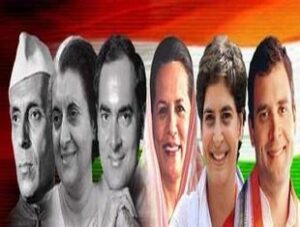