Recently I came across an article titled “Use of Pakistan by Indians” written by a well-known Pakistan-hater, RSN Singh, who happens to be a former military intelligence officer and later served in the Research and Analysis Wing (R&AW). The article is yet another Indian attempt to twist things in order to defame Pakistan. I could not help noticing the outrageous claims and allegations leveled against Pakistan.  First, it downplays the significance of Track II meetings between Pakistan and India on the feeble grounds and self-concocted facts. For example, the author believes that the Track II channel cannot be successful until it is backed by the government policy. Contrary to widely accepted concept of creating diplomatic space via Track II, when nature of relations between countries does not allow room for regular state to state level engagements.

Second, the author seems to seek refuge in argument widely used by proponents of Hinduvta by bringing in Hindu terror angle, he seems to be oblivious of the involvement of Lieutenant Colonel Prouhit in Samjhauta Express train blasts, 2007. Typically, this incident was associated with the Pakistan’s intelligence agency by the India; however, after the decision of Indian army court against Lt. Colonel Prouhut, it became clear how Indian propaganda machine fabricates misleading stories on Pakistan to conceal their role in perpetrating terrorism. It also reflects the deeply embedded paranoia emanating from Indian propensity to extremism.

Third, Mr Singh attempts to put a question mark by raising skepticism on credibility of well established international norms and diplomatic practices of meetings between renowned diplomats and government officials to improve relations between the countries. He goes on to the extent of questioning loyalty of India’s former army chief, high commissioner and thinkers. The writer presses on with his obsession of linking the Muslims to terrorism, which he apparently has perfected during his tenure of service in R&AW, by justifications given on unjudicial murder of Ishrat Jehan at the hand of Indian security agencies.

Pakistan’s stance on Kashmir is in line with a principled stance of right to self determination of Kashmiri people recognized by the United Nations and none other than the founding father of India Jawaharlal Nehru. The resolution of Jammu and Kashmir dispute as per the 1948 UN resolution explicitly states the need to hold a plebiscite in order to determine the will of the people. Irked by possibility of détente in Pak India relations, Mr Singh seems to be ready to pin blame of all security related incidents on minorities in India.

Sarcasm and mockery cannot hide the flawed Indian policy on the issue of the Mumbai attack. The Indian intelligence agencies failed in case of Mumbai attacks to provide early warning to their security forces. India has repeatedly failed to provide access to Pakistani investigators on information to prosecute accused suspects and refusal to cross question the witness which reflects a flippant disposition on the part of New Delhi.

India will do a lot better if it can learn from Pakistan’s counterterrorism initiatives. Pakistan has launched most successful military operations to extirpate terrorism. De-radicalization programs to integrate people involved in extremism have been launched. As a result, a visible decline in terrorist activities has been accomplished. Hence, devising a strategy to counter burgeoning Indian extremism can not only help them, but it will facilitate the process of deepening regional cooperation for curtailing terrorism and extremism.

While India is projected as the democratic and secular state, the ground realities do not support the claim. The recent skirmishes between the Hindu nationalists and Dalits have brought the internal rift among Indians to surface. Muslim lynching and the cow vigilante is another case in point. The question arises is this the “democratic and secular” face of India? Is it democratic to marginalize Indian nationals based on discriminatory caste system? Is it secular to give license to ultranationalist to kill Muslims and Dalits over the suspicion of consuming or selling beef?

Recently, led by the Modi government, India has gone on the path of Hinduvta ideology to curb voices of sanity and peace in the Indian society. The murder of Indian journalist Gauri Lankesh by Hindu nationalists is an example of rising extremism in India. An increasing role of Hindu extremist ideology is an alarming sign for Indian national security and epistemic community of the country. Similarly, the denial by Indian state authorities in terms of shifting the blame on Pakistan is another recurring pattern. Therefore, it is imperative that the Indian leadership takes note of their home- based terrorist groups rather than maligning and “using” Pakistan. 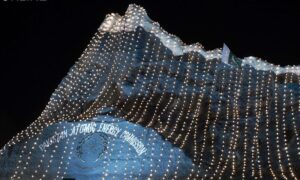 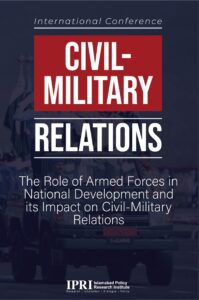 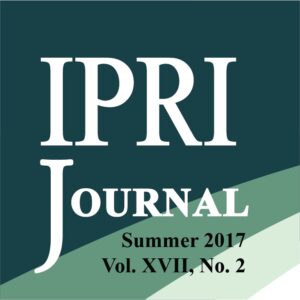