Vladimir Putin has been Russia’s dominant political figure since 2000 and Russia under him is reasserting its role in its immediate sphere of influence. In South Asia, Russia has close ties with India and over the past decade, relations grew with Pakistan with increased diplomatic engagement. Now, Russia offers new avenues for strategic and economic partnership for Pakistan. Both have many points of convergence. While  Pakistan  needs  Russian  investment  for  reviving its economy, Russia  is also eyeing  Pakistan  as  a  good  destination  for  its  investments  and trade. Afghanistan, India-US relations could be a challenging factor in Pak-Russia relationship, but both countries are determined to better their relations despite constraints that are manageable.

Paul Kennedy writes in his famous book, The Rise and Fall of Great Powers, that the strength of a great power can be properly measured only relative to other powers in terms of available resources, economic durability and military stretch. Revival of Russia can be analyzed on its gaining military might, revitalizing economic strengths, enhancing energy exports, diplomatic sagacity and its geographical significance. Some of the contours of its revival are as follows:

Mr. Putin launched a modernization programme after Russia’s short war with Georgia in 2008. In 2009, the Kremlin jacked up military spending by nearly a third, and it has continued to grow ever since. Russia’s officially published 2014 defence budget of 2.49 trillion rubles makes it the third largest spender in the world behind the US and China. During 2010-2014, it has been world’s second biggest exporter of major weapons according to SIPRI. The Collective Security Treaty Organization (CSTO) has become an Intergovernmental Military Organization safeguarding Russia against the US and NATO. Russia is making alliances and is realigning the old ones. It has conducted biggest naval drills with China in the South China Sea and has a Naval Facility in Syria. The 2008 Russian politico-military intervention in Georgia, 2014-15 politico-military role in Ukraine Crisis and 2015 military support to the Syrian government showed the emergence of a more confident and assertive Russia and the uncertainty regarding the US policy. Russia also held naval exercises for the first time in the Arabian Sea with Pakistan.

The Russian economy is the sixth largest in the world. China is Russia’s second largest trading partner after the EU. The Eurasian Economic Union is to counter the European Union. With emerging economies, it is building economic blocks like BRICS (Brazil, Russia, India, China, and South Africa) AIIB (Asian Infrastructure Investment Bank) and Eurasian Development Bank. It is also a member of the G–20 and Shanghai Cooperation Organization (SCO). Russia with other SCO members is prioritizing joint energy projects. Its economic power is its key natural resources, oil and gas. Russia has also signed a landmark thirty year gas trade agreement with China. It considers that China and Russia are natural partners, allies and neighbours.

Along with weapon industry, energy exports are the major strengths of Russia and its natural resources are considered the lifeblood of the Russian economy. It is the world’s largest producer of crude oil and the second-largest producer of dry natural gas. It also produces significant amounts of coal. Europe is dependent on Russia as a source of supply for both oil and natural gas. In 2014, more than 70% of Russia’s crude exports and almost 90% of Russia’s natural gas exports went to Europe.

It is determined to maintain a dominant position in gas supply within the European market and is continually looking for new opportunities. It is ready to help establish the Iran-Pakistan (IP) gas pipeline and is very much interested in creating a north-south energy corridor and establishing closer commercial ties between South Asia and Europe via Russian territory.

Russia opposed the invasion of Iraq in 2003 and Libya in 2011. The American and European policies are on the back foot in Ukraine due to Russia’s strong role in the crisis. Russia’s new East Asian policy is stimulated by its bid for great power status in the region. Russian-Chinese relations are the axis of Russia’s East Asian foreign policy.  Russia also hails growing trade ties with ASEAN States.

Russia is the largest country on earth in terms of surface area. It is adjacent or close to all the areas that are strategically important to Russia and its vast natural resources are its strength.

Recent History of Relations between Pakistan and Russia

The relations between Pakistan and Russia reached the lowest ebb during the 1980s. However, after the USSR disintegration in 1991, Russia re-established a political dialogue with Pakistan in February 2003 when President Musharraf visited Russia.

Areas of common Interest between Pakistan and Russia, and opportunities for Pakistan

The Ukraine crisis posed strategic implications not only for Europe, but also for other theatres where Russian interests and objectives intersect with those of the US and Europe. Similarly in South Asia, with the US decision of withdrawal of forces from Afghanistan, Pakistan and Russia look for forging closer relations based on new strategic realities. Pakistan  and  Russia  find  it  mutually  advantageous  to  cooperate  in  the  economic,  military  and  regional  politico-strategic  and  security  areas.  Some of the areas of common interest and some opportunities for Pakistan are as follows:

The past hard baggage of historical bitterness in bilateral relations of Cold War era will have to be overcome to improve mutual relations. Both countries have already considerably improved their ties. Recently, Russia has decided to lift its embargo on weapons supplies to Pakistan despite India’s objections, since, India and Russia still have strong defence ties. According to a former Indian diplomat, “It is this strong decades-old partnership that makes the recent Russia-Pakistan defence pact hard to digest. India’s warming relations with the US over the past decade, especially its rising defence purchases from Washington would play an important role in Russia making friendly overtures to Pakistan. Besides, Pakistan also wants to have good relations with all major powers including Russia. A Russia-Pakistan confluence is inevitable in these circumstances. Unlike India, which blames Pakistan for being a source of terrorism, Russia appears to have come around to work with Islamabad on the issue. But since India is still very close to Russia, it can influence Russia’s policy towards Pakistan. Therefore Russia is also likely to be constrained by Indian pressure regarding advancing its relations with Pakistan.

Pakistan and Russia also have perceptional differences over the issue of Afghanistan’s peace talks with Taliban. Whereas, Russia is not in favour of any kind of influence of Taliban in Afghanistan, Pakistan believes that for long term stability of Afghanistan, national reconciliation between all ethnic groups including Taliban would be beneficial. Hence, both countries need to overcome these differences through mutual consultations. However, despite above mentioned limitations, Pak-Russia relations are likely to improve in future in view of changed geo-political realities in this region and at world level.

The  current  geo-political  and  regional  environment  appears  to  be  quite  favourable to the advancement of Pak-Russia relations. The way for the implementation of new projects between Russia and Pakistan is open. From the point of view of the needs of Pakistan’s economy, cooperation with Russia would be most productive in infrastructure, energy production and in the sectors of communication, metallurgy and irrigation, etc. 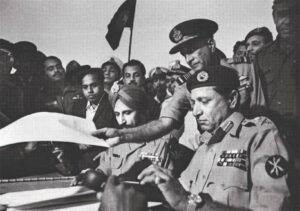 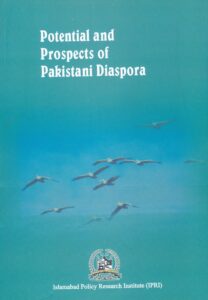