As a confidence-building mechanism to resolve border disputes, the foundation of Shanghai Cooperation Organisation (SCO) comprising China, Russia, Kazakhstan, Kyrgyzstan, Tajikistan, and Uzbekistan was laid down. The decision to create SCO was made 14 years ago. Today, SCO has emerged as an important regional organization which has the capacity to guarantee regional security and peace. The member states of the organisation are strictly following the principles and articles of the SCO Charter as well as the Treaty for long-term neighbourly relations, friendship and cooperation among member states of organisation. Similarly, member states have also laid down solid foundations for efficient management of the SCO to develop multilateral cooperation in political, economic, trade, cultural and other fields. Also, the organization’s one of the major aims is to safeguard peace, security and stability of the region.

Pakistan along with Afghanistan, Iran, Mongolia and India has the observer status in the organisation which mainly focused on the anti-terrorism cooperation among the member states. The June 2010 SCO summit formally agreed on the minimum eligibility criteria a country has to satisfy to apply for full membership: the state has to be located in Eurasia, already have observer or partnership status within the SCO, maintain diplomatic relations and active economic and humanitarian ties with all existing SCO members, and not be subject to UN sanctions or in a state of armed conflict with another country. However, the SCO governments claimed they needed another year to finalize a memorandum detailing the commitments that the states wishing to become full SCO members must make before the SCO prior to begin formal membership negotiations with them. They formally approved commitment memorandum at the Astana Summit.

Pakistan had applied for the SCO membership in 2006.Pakistan’s role in Afghanistan, its believe on regional peace and peaceful relations with neighbouring countries, its promise as a prospective energy and trade corridor for the region, its close strategic and economic ties with China and growing relations with Russia are some of the factors favouring its claim to full membership of SCO.

The SCO Summit, which will begin in the Russian city of Ufa on 9-10 July 2015, is likely to set the ball rolling for entry of Pakistan and India into its folds. It is expected that the full membership of Pakistan and India in the SCO will be finalised by the next meeting of the leaders in 2016 in India. In this regard, both the countries will have to wait till next year to get full membership of the security and economic grouping the SCO.

To pave the way for admission of India and Pakistan, SCO members had approved two key documents regarding the procedure for granting membership and the obligations of states applying for it in the leaders’ summit in Dushanbe, Tajikistan in September. Moreover, the SCO Council of Foreign Ministers had at their last meeting approved Pakistani and Indian applications for consideration. Although many analysts have been interpreting the decision of SCO Council of Heads of States as Pakistan’s and India’s entry into the SCO, yet both the countries would instead be required to meet certain requirements. In this perspective, their admission demands the coordination of a working memorandum and the two countries also need to join 28 key documents of the group.

Possible expansion of the SCO will bring huge opportunities for Pakistan to expand cooperation with the member countries. Pakistan has been making substantive contribution to regional peace, security and development in its capacity as an observer state of the SCO. Islamabad believes that SCO membership will play a role of a catalyst that will help improve Pakistan’s bilateral relationship with India based on the principles of cooperation and will bring the countries mutual benefit. It will also provide Pakistan and India a platform to work together and increase mutual trust.

During the last fourteen years, the SCO, despite serious changes in the international and regional situation, bravely withstood the tests of time and established itself as an important mechanism of deepening good neighbourly and friendly relationship among the SCO member states. Furthermore, the organisation became an effective multilateral structure assisting in ensuring the regional security, socio-economic development and prosperity, an example of developing intercultural dialogue and an active factor in global efforts on the democratisation of international relations. In an inter-regional alignment, Pakistan could also play a significant role for two reasons. Firstly, its role in combating terrorism is vital for region. Secondly, it provides shortest possible trade routes to Central Asia, Iran and Gulf states on one hand, and the Russian and Chinese markets on other, something that needs to be capitalized. 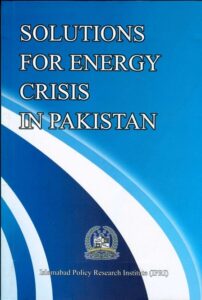 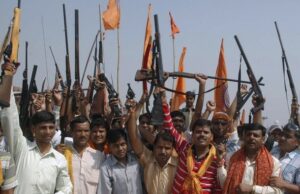