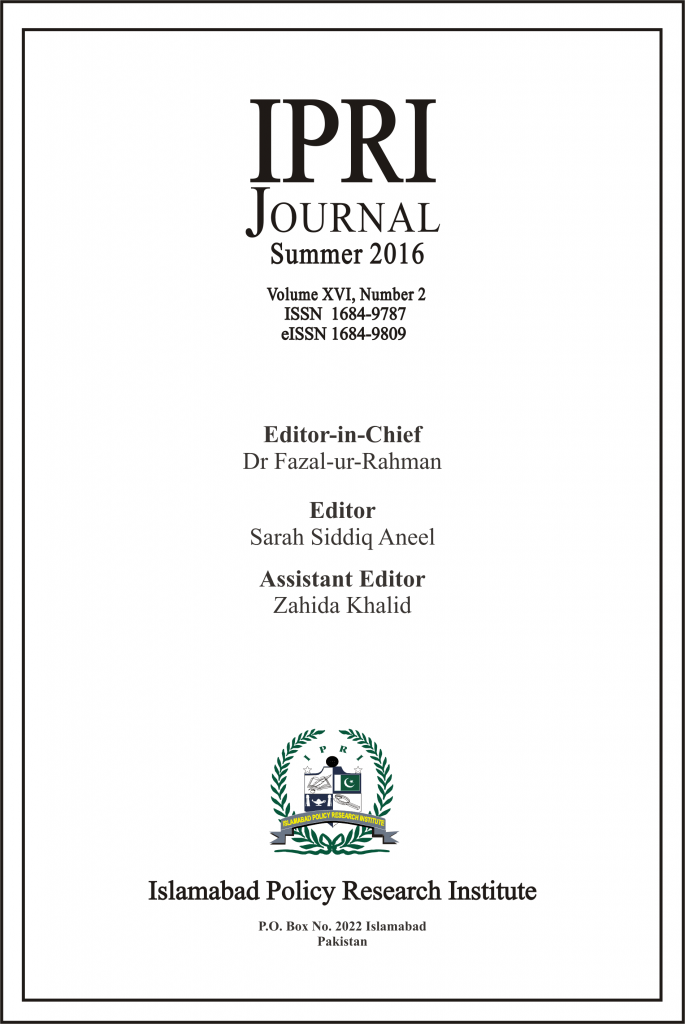 Global Threat: A Comparative Analysis of Al-Qaeda and the Islamic State (IS)
Muhammad Munir and Muhammad Shafiq

The metamorphosis of terrorism from Al-Qaeda to the Islamic State (IS) has presented new security challenges. The authors examine the threats posed by these two groups by discussing their ideologies, structures and capabilities.  They recommend that a comprehensive global strategy is required to eradicate the growing menace of organised terrorism.

The author contends that suitable grounds for Afghan religious leadership was prepared long before the emergence of the Taliban. Giving a brief overview of Taliban reforms, he highlights that the Taliban dream, like the earlier Afghan rulers, to establish a centralised government could not be realised due to their dependency on foreign assistance and because of the existence of strong but inter-conflicting regional units.

U.S. Aid to Pakistan during the Tenures of Democrat and Republican Administrations
Dr Murad Ali

The author analyses foreign aid policies of various U.S. administrations towards Pakistan covering a period of over six decades. The analysis challenges the prevailing perceptions regarding which party (Democrats or Republicans) have provided more aid to Pakistan. It concludes that the ebb and flow in foreign (aid) policy vis-à-vis Pakistan highlights the irrelevance of U.S. presidential party affiliation, especially during times of crises.

The author discusses how the strategic partnership between India and Israel is well-established and improving with the passage of time, especially now in the area of defence to refurbish the Indian military. He concludes that such a defence partnership would create a strategic imbalance in South Asia, compelling its neighbours, especially Pakistan to look for countermeasures.

AKP and the Idea of the Turkish Model (2002-14): A Longitudinal Analysis
Dr Fatima Sajjad and Dr Umbreen Javaid

Dr Sajjad and Dr Javaid explore the contours of the Turkish Model as constructed by academics from the West, the Muslim world and Turkey during the three consecutive terms of the Justice and Development Party (AKP) in Turkey.  They find that the growing political unrest, suppression and violence in and around Turkey during the third phase of AKP’s rule (2012-14) has considerably undermined the idea which had earlier held great appeal in the West and the Muslim world.

The Gulf Cooperation Council (GCC) states have managed to withhold the onslaught of the Arab Spring movements, yet their threat perceptions have also changed significantly. Abbasi contends that their strategy of securitisation and sectarianisation of political issues is not a viable nor sustainable option for the future.

U.S.A. versus ‘Them’: Fomenting an Enemy for the Hegemonic Discourse
Zahid Mehmood Zahid

The author evaluates the ways in which the U.S. foreign policy elite justify and formulate their policies against an imaginary enemy in the name of defending the American people.

The authors analyse the concept of soft power and how different countries have been using it to their advantage. The article outlines recommendations for enhancing Pakistan’s global soft power image. 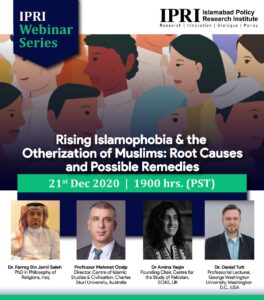 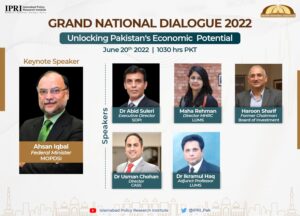 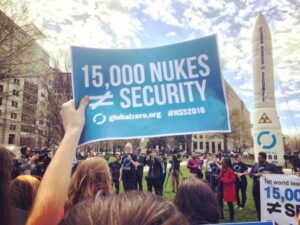 Pakistan’s Cheat Sheet to the Politics of Climate Change