The 2005 Earthquake In Kashmir: Remembering The Deadly Disaster That Hit Pakistan

With 13,000 deaths and practically every house rendered uninhabitable, the days after the first earthquake were the most tough for survival

October 8th 2005 is a painful reminder of the calamity inflicted upon the nation. The earthquake had struck at 8.50 am with a Richter Scale force of 7.6. The Brigade that I was commanding had suffered heavy casualties with massive damage to living and fighting bunkers on the mountainous heights. The human casualties and the fast approaching harsh Kashmir winter had made situation worse. Bagh City resembled a big rubble dump with the tangled remains of steel and concrete of fallen houses presenting grotesque pictures. In one fell swoop, nature had exacted a heavy toll on all human habitation with practically no civic facility left in working condition.

With 13,000 deaths and practically every house rendered uninhabitable, the days after the first earthquake were the most tough for survival. By a strange coincidence on October 8 2022 when I reminisce of that cataclysmic day it was again a Saturday just like the one on October 8 2005.

People mostly were taking nap after Ramadan sehri while children were at school. The tragedy at schools was another sad chapter as the school buildings collapsed and at several places children lay buried beneath the collapsed roofs. The pain and anguish of the affected parents was indescribable. The civil administration and police were equally affected and there was no semblance of government apparatus. The army rose to the occasion despite its own heavy losses and cleared the roads from Rawalpindi to Bagh and other earthquake affected areas.

Along with clearance of their own debris and evacuation of injured the army units organised relied and rescue operation. The first heli sortie to Bagh featured a senior ranking officer from GHQ who surveyed the scene and then went back to convey the same to the govt. In a week’s time the relief teams from the civilian agencies also started arriving in the area. The Americans made their Chinook available that helped in rescue and relief besides helping with logistic support at remote and inaccessible mountain top army posts as well as civilian hamlets. The local formation organised a relief and rescue coordinating centres at Muzaffarabad and Bagh and started helping local and international relief agencies in their efforts to provide succour to the scattered earthquake stricken population around the mountain fastnesses of Azad Kashmir.

The role of international organisations was impressive. NATO military relief contingent arrived from Afghanistan with heavy earth clearing machinery which was put to good use while clearing debris from the Bagh City. UNDP, UNOCHA, Medicines Sans Frontier, ARC, ICRC, WFP, Turkish debris clearing teams, Qatar Relief and Cuban doctors’ contingent were conspicuous by their presence. It was heartening to see the Cuban lady doctors in combat gear and full of spirit to provide urgently required medical attention to womenfolk in remote mountainous hamlets. The Cuban doctors with their cheerful alacrity to work in difficult conditions without creature comforts in bone chilling winter conditions especially the Cuban lady doctors made the medical relief job easy for our own doctors.

The lessons learnt out of the tragedy included the need for Pakistan to create a robust disaster management structure at federal and provincial level. The need for a building code as per the proper engineering practices was also felt as most buildings had collapsed due to poor construction practices and is of sub standard building material. The army’s role in managing the disaster and creating a semblance of law and order in the absence of police and civilian District administration set up was also highlighted. The efficacy of the cluster approach of relief and rehabilitation with all UN led relief organisations at one cluster for ease of relief support was another important lesson highlighted.

The use of modern IT tools to survey and compile the data on the total loss along with correct need assessment also emerged as an important lesson. Another important lesson was the factoring in of the local culture and living habits while planning long term rehabilitation strategies. The mountain dwelling Kashmiris were loathe to live in sequestered relief camps and rehab villages. Being used to open air and independent living they all demanded to go back to their damaged habitats as soon as possible demanding institute relief. The government then on recommendations of army units that had interacted with affected people decided on giving monetary relief to all affectees and help them rebuild their houses institute.

The need for proper urban planning and early warning mechanism for earthquakes was another lesson that was amply highlighted. Army also learnt several lessons especially about the construction practices in earthquake prone field areas. Despite the importance of the heli cargo support the role of the animal transport regiments with their doughty mules and equally sturdy mule drivers was proved vital while providing relief on cloud covered rainy days when no helis could operate for weeks. The response of international community was also impressive as was the spirit of the nation that rose as a single entity feeling the pain of the affected brothers and sisters. The attention span deficit of the international community was improved by our media that riveted its camera glare on the unfolding tragedy with such dexterity that helped the world realize the full gravity of the catastrophe.

An interesting upshot of the tragedy was the rapid extension of the cell phone coverage to AJ&K territory hitherto uncovered. The cell phones coverage immeasurably on relief and rehab efforts. Each year 8th of October reminds us of the pain and suffering of innocent people who had glimpsed the wrath of God for those 40 seconds that shook Bagh.

Note: This article appeared in TFT, dated 09 October 2022.
Disclaimer: The views expressed in the article are of the author and do not necessarily represent Institute’s policy. 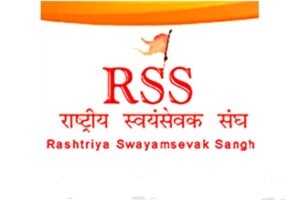