The situation in Afghanistan is highly complex. The country is passing through a critical transformation which entails both challenges and opportunities. The challenges are huge and opportunities are limited. The current situation in Afghanistan is influenced by various domestic, regional and global developments. In the aftermath of drawdown of NATO and ISAF forces from Afghanistan in 2014, and substantial reduction in foreign economic assistance, the security and economic situation in Afghanistan has further worsened. The US forces would be further reduced from 9,800 to 5,500 at the end of 2016. Due to polarization in the Afghan National Unity Government (NUG) with its division into two camps led by President Ghani and Chief Executive Officer Abdullah, the government is not capable of handling its domestic, defence and foreign policies in an effective and coordinated manner.  Encouraged by the withdrawal of foreign forces and due to ineffectiveness of Afghan National Unity Government, the Taliban by stepping up their offensive have been able to capture large parts of Afghan territory. Further the Afghan National Army and Afghan National Police were unable to stop Taliban ingress. 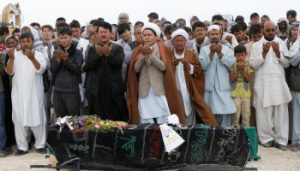 Currently Afghanistan is suffering from severe political, economic and security challenges. The National Unity Government of Afghanistan is neither capable of withstanding pressures from the Taliban, nor it has any viable agreed upon strategy to conduct meaningful and result oriented dialogue with the Taliban to end the war.  The US unilateral action of killing Taliban leader Mullah Mansoor by a drone strike on May 21, 2016 without taking into confidence other three members of the Quadrilateral Coordination Group (QCG) –China, Pakistan and Afghanistan has damaged the credibility of group for talks with Taliban. In spite of above incident, Pakistan is of the view that politically negotiated settlement is the only viable option for lasting peace in Afghanistan.

Political situation in Afghanistan is very fragile. The Unity Government is divided. The cabinet is not fully functioning. The political space for Ghani to conduct negotiations with the Taliban is very limited. There is a lack of consensus on the fall 2016 parliamentary and district elections and a convening of a Loya Jirga/ presidential system Vs. the Loya Jirgaa. The economic prospects of Afghanistan are also bleak. The drawdown of NATO/US forces has resulted in unemployment resulting into migration of youth to Europe. Insecurity, unemployment, poor economy, and corruption are the biggest problems. From 9 percent in 2012, Afghanistan’s GDP growth shrunk to 3.7 percent in 2013 and 2 percent in 2014.  Afghanistan’s domestic revenues declined from a peak of 11.6 percent in 2011/12 to 9.7 percent in 2013 and continued to drop in 2014. In 2015, the value of the Afghan currency dropped by over 20 percent, driving ups the costs of imports.

Security Situation in Afghanistan is deteriorating every passing day. Despite the Taliban’s factionalism and infighting, its military energy is still intact. In fact, tactical and even strategic victories have been accruing to the Taliban. The US special inspector general for Afghanistan reconstruction found that the NATO-backed Afghan government is in control of 65.6% of districts in the country – a drop from the 70.5% it held in January 2016. Obama announced in early July 2016 that he will leave 8,400 troops in Afghanistan through 2016, a reversal of his earlier plan to drop to 5,500 by January 2017 – which was itself a reversal of his announcement in spring 2014 to drop to 5,500 in 2015. The delays in withdrawing troops were predicated on preserving a military stalemate in Afghanistan – but the latest figures released on July 29, 2016 indicate that keeping US troops in the country has not prevented the Taliban from gaining ground. The expansion of the Taliban helps explain why the current US commander, General John Nicholson, pressed Barack Obama to delay his long-scheduled troop drawdown. In a recent incident on July 23, 2016, at least 80 people were killed and more than 230 wounded after two suicide bombers struck a peaceful protest in Kabul by a Shia minority group (15 % of population) .The attack was claimed by Islamic State. Although the number of the IS fighters in Afghanistan has declined from an estimated 3,000 at the start of 2016 to 1,500 but still they are quite active in Afghanistan. Gen John Nicholson announced on July 28, 2016 that five US special operations troops were wounded in combat with Islamic State fighters in eastern Afghanistan.

Pakistan is the most affected country out of the war on terror being fought in Afghanistan .Out of spillover of terrorism due to war on terror in Afghanistan, while fighting the war as a non NATO ally, Pakistan has sacrificed more than 60,000 human lives and suffered economic losses of more than 107 billion US dollars with a major reduction in foreign investment. Despite that Pakistan has almost eliminated terrorism by launching very daring and costly military operations in Swat, South Waziristan and lately in North Waziristan and targeting the terrorists indiscriminately; Afghanistan still blames Pakistan for terrorist attacks in its territory. Also Afghanistan has provided sanctuaries to the Pakistani terrorists who fled there during operation by the Pakistan Army, and they are facilitating terrorist attacks in Pakistan. But Afghanistan is not handing over those terrorists like Moulvi Fazalullah and Mangal Bagh to Pakistan. The killing of Taliban leader Mullah Mansoor happened at a time when Pakistan was attempting to get the Taliban back to the negotiating table. A Taliban delegation of political negotiators from the Taliban’s office in Qatar arrived in Pakistan in late April 2016 for exploratory talks on a possible peace process. However, the Afghan government refused to sit with the Taliban in the wake up of increased Taliban violence. With the killing of the Taliban leader Mullah Mansoor, the progress made for peace talks so far had been lost.

The future of Afghanistan will depend on the Political Settlement in Afghanistan. The Heart of Asia Istanbul Process being too broadly represented and time consuming has not so far achieved any meaningful result. After the establishment of Quadrilateral Talks (the US, China, Afghanistan and Pakistan) the reconciliation in Afghanistan is a shared responsibility .The Afghan Government and the US should finally decide either they want to fight or want talks. The Afghan Government should create consensus among the UNG on the strategy of talking to the Taliban. The deadlock in talks can be removed if Taliban and Afghan government show interest in a cease fire.  The Afghan government should initiate a process of CBMs by giving incentives to Taliban and in response Taliban should show their readiness for talks without any preconditions. Both parties may discuss their conditions during talks. To create conducive environment for talks, role of the US is very critical. Therefore, the US should clearly decide about its objectives in Afghanistan and take other stakeholders into confidence.

Published in Pakistan Observer on August 4,2016. 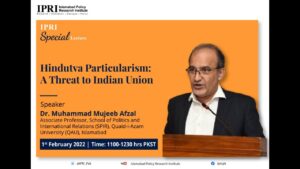 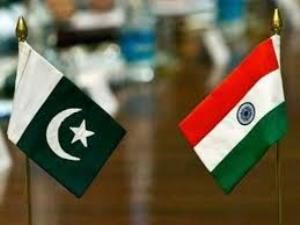 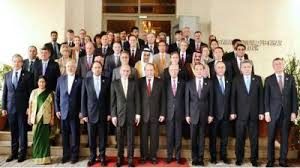 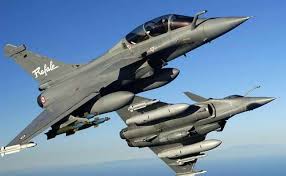