The emergency summit of the Organization of Islamic Cooperation (OIC) member states was held in order to collectively condemn the American decision of making Jerusalem, the capital of Israel. Pakistan Prime Minister Shahid Khaqan Abbasi along with other state dignitaries represented Pakistan at the conference. The Trump’s decision not only sparked the condemnation from the Muslim Ummah, rather global leaders criticize such decision that can further instigate the regional instability. The decision, according to global leaders and various prominent scholars, is a clear violation of existing international law.

OIC, which has completed 40 years of its failure and has been ineffective to secure Muslim rights or failed to raise voice against the brutality on Muslims over the globe, precipitously called for an emergency meeting to condemn Trump’s decision. Tangled in the shackles of western system and dependent towards the west in terms of military and economic means, Muslim states somehow break the restraints to raise voice for Palestine. Similarly, Islamic Military Counter Terrorism Coalition IMCTC recently held its first meeting where the broader contours of the Saudi-led Islamic coalition were finalised. Defence Ministers of the 41 coalition states unveiled their mandate that envisages joint military operations against terrorism through mutual co-operation. The core spheres of this military alliance were deemed as to combat terrorism in the Ideological, Communication, Financial and Military domains altogether which will weaken the terrorist and extremist factions. In the context of such awareness in the Muslim leaders, one can assume sign of buoyancy in the Muslim world to demand their rights and liberty wherever they are oppressed.

However, there are still internal issues that might halt process of Muslim unity against oppression on Muslims over the globe or stabilizing their regional politics. One of the foremost factors is the consigned interest of many Muslim states with the United States. It is pertinent to mention that many Arab states has military and economic relations with United States, they may oppose the US decision to a certain level unless their relations are not in jeopardy. History itself has been an example of events where Muslim states remained silent on US invasion in Iraq and Afghanistan. Similarly, the issue of Indian held Kashmir has never gained much attention in the Muslim countries. All over the globe, Muslims remained victims due to their religion, yet their issues has not been voiced on international forum.

Furthermore, another reason of the failure of Muslims countries is their own differences and religious animosity. On one hand, Iran is considered as the epitome of Shia power in the Muslim world with major followers over the globe especially in Pakistan. Conversely, Saudi Arab supports and promotes the Wahhabi school of thought along with other Arab states. Additionally, Saudi-led alliance has been created where Iran has not been provided membership along with Syria and Iraq. This can create wide repercussions as Shia followers may oppose this alliance. Similarly, Pakistan has a vast majority of Shia population that follows Iranian Shite doctrine which may confront such an alliance formation. The religious differences within the Muslim countries have become one of the key factors that serve as an impediment towards Muslim unity.

Though the emergency OIC summit condemns the Trumps’ decision regarding Jerusalem , there must be some concrete policy that can raise voice against oppression to support Muslims. Moreover, Muslim states must create policies to make themselves more politically and socially stable along with the economic lines so their opinion can be heard at the international level. It is widely believed that future of OIC might be gloomy as interest of countries diverge in taking measures to secure Muslim Ummah, still, there is enough possibility for optimism that one can envision for better security of Muslims under the umbrella of OIC. Moreover, the organization must also seek to initiate joint economic co-operation programs which will boost their economy and also make them less dependent on Western or European states.

Article originally published in The Nation on December 20, 2017. 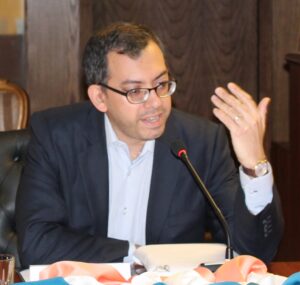