Jammu and Kashmir (J&K) freedom struggle is not a new phenomenon. It is spanned over seven decades with several resolutions passed by United Nations (UN). Unlike many other movements for self-determination, struggle by Kashmiris against Indian illegal occupation is indigenous and reflects the sentiments of the masses.

With the scrapping of Article 370 of the Indian Constitution in early August 2019, which acknowledges the special status of the state of J&K in terms of autonomy and its ability to formulate laws for the state’s permanent residents, political tensions surged in the valley.

During the first week of August 2019, tens of thousands of additional Indian troops were deployed in the valley of J&K; schools and colleges were shut; telephone and internet services were suspended; regional political leaders were placed under house arrest and the Amarnath Yatra was abruptly called off. After the communication blockade, people were reported to be queuing outside government offices for hours for just two-minute phone conversations with family members outside Kashmir. In this scenario, Indian media remained indifferent to the plight of Kashmiris.

Since the valley is under Indian occupation, its people have been trying to find serenity in chaos. It has been since forever now that the valley is under the fascist regime. India, the world’s largest democracy, has cut off J&K from rest of the world. The Indian army continues to fire tear gas and pellets on unarmed protesters in a new strategy of blinding the whole nation.

On the other side, India for decades has attempted to link freedom struggle of Kashmiris with Pakistan. It has also used its diplomatic clout to shield its nefarious designs against Pakistan and associated support to freedom movement by countering through covert means of destabilizing Pakistan and diluting its support to Kashmir cause. Revelations by EU Disinfo Labs are few of the several examples.

Last year on December 3, 2020, Firat News Agency (FNA) reported that Turkey is prepared to send Syrian mercenaries/fighters to IIOJK to fight against India. The news agency relied on info obtained from Abu Emsha, head of Suleiman ShahaBde (under Syrian National Army) who had earlier reported that Turks want to relocate some units to Kashmir where each fighter will get 20000 US$. FNA is a News Agency, located in Amsterdam, Netherlands. The agency is affiliated with Kurds and PKK. The agency’s journalists are banned in Turkey and its websites cannot be accessed from Turkish soil. Previously, India also attempted to establish a link between Kashmiri freedom fighters and Al-Qaida/ISIS.

The above mentioned news is also a part of similar strategy thereby targeting Pakistan and Turkey, two allies and supporters of Kashmir cause. While Pakistan is known for its support to Mujahideen against Soviet forces, it has moved on and does not have a state policy to use, support, employ or assist foreign militant segments. Pakistan’s support to Kashmir cause is purely diplomatic and moral. Likewise, Turkey stands with Pakistan on Kashmir issue bringing opposition from India.

It is a time-tested fact that when there is suppression there is an indigenous response. No one would be surprised if militancy in J&K gets a push in these circumstances. When the situation is limiting space for militancy in the whole region, the suppression provides new motivation to Indian violence. The representatives of International Humanitarian Law (IHL) have, time and again, requested Indian authorities to ensure justice and accountability for human rights abuses; repeal abusive laws like the Public Safety Act or the Armed Forces Special Powers Act, which gives government forces immunity from prosecution; end aggressive treatment of Kashmiris at checkpoints and during search operations and work towards the safe return of all the displaced, including Hindus displaced from the Muslim-majority Kashmir Valley in 1990.

India’s Kashmir policy will provoke fear for South Asia’s future. Its bet on Kashmir would not only prove dangerous but would add fuel to the existing fire. People in J&K are already deeply agitated, and hostility towards occupant forces is higher than ever before. Given the fact that Kashmiris have lost their faith in the rigged political process, their identity is largely been compromised and they have been pushed to another intifada. Their struggle for freedom and search of serenity has entered into the third generation, and this generation is sentimental and determined to transform the dream of their forefathers into a reality. Most importantly, the majority of the Kashmiri youth up against Indian forces is educated, sophisticated and knowledgeable about weapons/devices. The Indian government needs to remember that emotions cannot be suppressed, voices cannot be muted and the people striving for freedom cannot be stopped.

Note: This article appeared in Eurasia, dated 11 January 2021.
Disclaimer: The views expressed in the article are of the author and do not necessarily represent Institute’s policy. 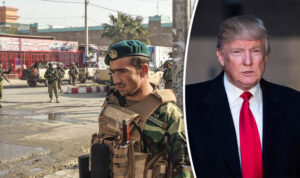 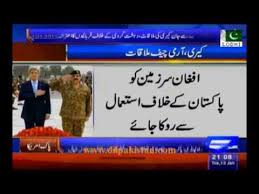