On December 3, 2014, an unbinding resolution by the United Nations General Assembly (UNGA) called on Pakistan, India and Israel to voluntarily drop their nuclear weapons in order to achieve a nuclear weapons free world. The resolution was passed with 165 votes in the 193 member UNGA, with 21 countries absent. Moreover, only three states were called upon to comply with the Nuclear Non-proliferation Treaty (NPT) unconditionally as non-nuclear weapon states. Similarly, UN Secretary General Ban Ki-Moon had put forward his Five-point Proposal to rid world of nuclear weapons in August 2009, which has not been implemented yet. UN, working for peace and security, is often condemned for its prejudiced role on disarmament at large.
Historically, states’ interests in nuclear energy go back to 18th century when uranium was discovered first. However, dual use nature of nuclear technology and nuclear energy demand verses military applications made it controversial. The destruction of two Japanese cities, Hiroshima and Nagasaki in 1945 as a result of nuclear bombs dropped by the US, marked an end and a beginning. This episode resulted in critic of use of nuclear weapons, but also brought states’ interests towards nuclear weapons technology to manipulate international politics according to their interests. Joseph Stalin, the famous leader of the former Soviet Union (now Russia), understanding the significance of the atomic bomb had once stated, “Hiroshima has shaken the whole world. The balance has been broken. Build the bomb. It will remove the great danger from us.” So, the notion of ‘Mutual Assured Destruction’ (MAD) was then developed and other states, subsequently, tried to acquire nuclear weapons technology.
Signing of the NPT in 1968, however, recognized the nuclear power status of five major states only, i.e., United States, Russia, France, Britain and China, “the nuclear haves”. As by the spirit of the treaty, its purpose is to prevent the spread of nuclear weapons and weapons technology and to promote cooperation in the peaceful uses of nuclear energy. It is important to note that treaty restricts the legal possession of nuclear weapons to those states that tested them before January 1967. Pakistan, India and Israel, “the nuclear have-nots” are not party to the NPT while Democratic People’s Republic of Korea (DPRK) withdrew from it in 2003.
The aforementioned treaty also promises to fulfill the goal of achieving general and complete nuclear disarmament. So, as a result of the efforts for the nuclear disarmament, the US and Russia significantly downsized their nuclear arsenals over the years and all major powers ceased producing new fissile material and imposed national moratoria on further nuclear testing. Later, the overt nuclearization of South Asia in 1998 brought India and Pakistan under international attention and pressure was put on both the states by the international community to join NPT and other disarmament arrangements. Pakistan and India, have, time and again, stated that the NPT community needs to understand that they cannot join the NPT as a non-nuclear weapon state.
Contrary to the arms control and disarmament efforts and inspired by both commercial and strategic interests, controversial Indo-US Nuclear Deal was also concluded in 2008, which exempted India’s eight important and classified core facilities from International Atomic Energy Agency’s (IAEA) safeguards, liberating India to use its fuel for military purposes. The recent resolution by UNGA requested the five nuclear haves to re-analyze the nuclear doctrines and take actions to lower the risk of the use of nuclear weapons. It also asked Pakistan, India and Israel to keep their nuclear facilities under IAEA safeguards and to give up their ability to manufacture nuclear weapons. Pakistan’s position on nuclear weapons programme is that without nuclear weapons capability, it would be in disadvantageous position vis-à-vis a conventionally strong and nuclear India. Its conventional imbalance makes it rely on nuclear deterrence in its adversarial relationship with India.
Although the resolution is not binding and just symbolic in nature but if UN wishes a nuclear weapons free world, it has to seriously engage all the stakeholders to move gradually towards achieving the goal of disarmament. It should not have a discriminatory approach towards NPT defined “nuclear have-nots”. All the nuclear states will have to give up their nuclear weapons and not just three countries mentioned. US and Russia have the most nuclear weapons than any other nuclear weapons possessor state and US is the only country in the world which has actually dropped nuclear bombs on two Japanese cities. The “nuclear have-nots” can give up their nuclear weapons only when “nuclear haves” also disarm themselves without any exception. What UNGA needs to do first is to pass a resolution calling US, Britain, France, Russia and China to give up their nuclear weapons and to make the resolution workable; it should be under chapter VII of the UN Charter which makes it legally binding for the 193 UN member states.

Views expressed are of the writer and are not necessarily reflective of IPRI policy. 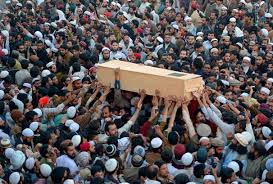 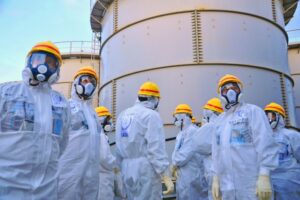