After 50 years of hostile attitudes, the call for cooperation has finally travelled to a destination only 90 miles away. President Obama of U.S. and President Raul Castro of Cuba announced the restoration of full diplomatic relations between the two states. What kept two nearby states far for five decades? What eventually led to breakthrough and how does this foreign policy shift put Russia interests at stakes? The paragraphs henceforth address these questions.
Souring after the 1959 Cuban revolution that brought Fidel Castro to power through overthrow of President Fulgencio Batista (a U.S. ally), U.S.-Cuba ties kept growing contentious on multiple grounds, predominantly ideological. The diplomatic relations were broken off by U.S. on January 3, 1961. Then onwards, chain of events increased hostilities that included a U.S. trade embargo, failed 1961 Bay of Pigs Invasion, and Cuban Missile Crisis 1962. On account of adopting hardliner communist strategy backed by Russia (then USSR), Cuba was denied access to become part of “Family of the Americas”. Although U.S. established relations with other communist nations like China and Vietnam, but Cuba was kept out of the list. In response, Fidel Castro remained forthright critic of capitalism and U.S. policies.
In past, Former US President Richard Nixon made some efforts to open up relations with Cuba. But President Obama had remained successful to make the move. Prior in 2011, Obama relaxed some travel restrictions, but further peace efforts were hampered due to Cuba’s imprisonment of Alan P. Gross, an American government contractor arrested for trying to deliver satellite based telephone equipment capable of concealing connections to the Internet.
Once again in June 2013, advancements were made to improve relations. Representatives from Obama administration conducted nine rounds of meetings with Cuban counterparts. The way to historic thaw was paved by the release of two Americans imprisoned in Cuba and three Cuban spies (convicted for spying on anti-Castro exile groups in Florida and monitoring US military installations) serving long prison terms in the U.S. The final deal was brokered with the assistance of the Canadians, the Vatican, and Pope Francis.
Announcing normalization of bilateral relations, President Obama denoted opening up of a U.S. embassy in Cuba, as a first step to launch talks. The issues to be discussed in next phase include; giving $2,000 to Cuba each quarter, allowing Americans to travel to Cuba, removing trade embargo to expand small and medium-size private businesses on the island, and escalating sales of information technology to Cuba.
U.S. initiatives meant for re-establishing diplomatic ties with Cuba have put Cuba’s relation with Russia under strain. The thaw was most likely made for this purpose. Russian influence in Cuba has remained a cause of concern for the U.S. from the era of the Soviet Union. With intent to curtail and keep a check on U.S. capitalist designs, Soviet Union kept Cuba allied so as to maintain its presence in U.S.’s vicinity (as an alternative to U.S. design’s to curtail communism in the adjacent regions of Soviet Union). Russia for this purpose kept buying Cuba’s entire sugar crop and supplied subsidized oil. But Russia’s current GDP of about $2.1 trillion, faced with the rubble’s 39 percent slump against the dollar in past six months, sent a signal of Russia’s likely waning importance which was effectively received and timely cashed by the U.S.
Experts are visualizing that Russia may possibly lose one of its last political allies i.e. Cuba, bearing in mind falling oil prices that are continually pushing Russian economy into recession amidst international sanctions prompted by Ukraine crisis. Thus according to analysts, Obama’s decision is bad news for Putin geopolitically. It is a demonstration to the world that America can project soft power while Russia has lost the last vestiges of whatever soft power it once had.
Foreseeing the probability of losing an ally, President Putin took measures beforehand. He visited the island in July 2014 and signed accords on energy generation projects, announced Russian plan to install GLONASS satellite navigation system in Cuba (a rival to the U.S. created GPS system).
In contrast to measures meant for strengthening ties, actual figures show a gradual decline in the level of cooperation. Russia ranks 14th in Cuba’s trading partners. Besides, Russian military cooperation with Cuba ended in 2002 after Russian closure of its radar base at Lourdes. Although in 2012, Russia said that it was in talks with Cuba to set up a naval base, but no significant development has yet taken place in this regard.
Seeing the turning tide of Russia-Cuba ties, U.S. has played political cards to reap the benefits of the situation. But on ground situation may not be that simpler, as the terms of a wider policy shift are yet to be settled, Obama has already started facing objections for setting an extremely dangerous precedent by freeing the Cuban intelligence agents after 16 years in prison. Moreover, the practical policy options open to Obama appear limited.
The possibility of real shift lies on diplomatic efficiency of Cuban and American officials, their capability to mitigate issues that divide them. Dealing with the challenges requires deftness which was not exhibited by any of the leader of the two countries during decades of intense relations.
As far as future of Cuba-Russia ties is concerned, Cuban view U.S. tourism and investment as an opportunity to improve living standards but not at the risk of antagonizing Russia or destroying the welfare state that Soviet money and specialists helped build.

Published by Pakistan Observer on January 3, 2015 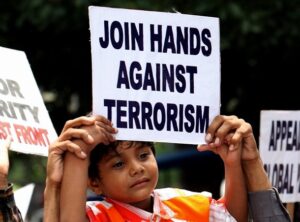