Is our democracy delivering? Are our institutions strong and independent and yet amenable to the civilian democratic control? The above are the live questions begging answers to some of the perennial issues blighting our politico-economic landscape. We need to introspect as to why our democracy has not delivered as per the expectations of our population. Let us have a look at some of the indicators thrown up by Democracy Index Report 2021 and Gallup Survey Pakistan 2022.

According to a survey by Democracy Index, 80% of Pakistanis think that democracy is important for Pakistan while 52% of the same people think that the country is not democratic enough to be considered a mature democracy. The 28% difference between aspirations and reality of democracy amongst people is a serious cause of concern. About 40% of the people, according to the same survey, think that there is less democracy than is needed in the country.

According to Gallup Pakistan End of the Year Report 2021, Pakistanis consider the military as a better institution compared to the civilian government to govern (67.4% vs 62%); manage the economy (54.7% vs 51.1%); eliminate corruption (51.4% vs 40.3%); and maintain law and order (70% vs 50.4%). One has to see how alarming is the situation where the public even reposes more trust in the military to manage the economy and eliminate corruption which are purely the civilian domain. Despite the popular wave of criticism directed at the military by the segments of intelligentsia and civil society the results of another survey i.e.

Gallup Political Pulse, August 2022 are quite revealing. As per the survey results, Pakistan Army enjoys the most favourable rating amongst public with a score of 81.5% compared to the national government (51.5%), the Supreme Court (67.5%) and the police (41%). Levitsky and Ziblatt in their book, How democracies die, tell us that democracies die when institutions encroach into each other’s domains, and when there is socio-economic inequality, and intolerance of each other’s political rights. There is a palpable alienation amongst the people with the democracy being practised by the political parties. And this alienation includes all mainstream parties with no exceptions.

According to same Political Pulse Gallup Pakistan Survey, only 28% of the Pakistanis believe that the politicians enter politics to serve people. According to Gallup International End of year Survey 2021, about 54% of Pakistanis think that that the country is not governed as per the will of the people. The above quantitative survey results provide a tangible proof that there is something seriously wrong with the perception of the democratic practices by the political parties and political governments. Why have things come to this sorry pass?

The answer might perhaps lie in a structural democratic deficit begotten out of our frequently derailed democratic journey. Faced with a clear and present danger to its existence because of a disinformation war imposed by India, whose Duval doctrine maintains that economic muscle of India gives it a carte blanche to foment uprisings and terrorism inside Pakistan, the country is constrained to maintain high level of force readiness on military and counter-insurgency/terrorism front. That force readiness if translated in the words of Harold Lasswell makes a country chronically war wary leading towards the rise of a Garrison State culture where the voice of the “specialists on violence” gains maximum traction over civilian policy making institutions.

Pakistan having tasted its bit of authoritarianism as part of its democratic journey has come a long way to develop a national consensus that democracy is the most suitable way of governance. The problem however that afflicts the democratic consolidation is the nature of democracy we practise and the habit of institutional overreach developed by the institutions without voluntary acceptance of the required checks and balances over their powers and performance. First the political parties that without any exception have shunned internal democracy in their organisational structures and political culture. Dynastic rule and politics of patronage are the bane of almost all political parties.

Then we have democratic system which is a pale imitation of British Westminster polity wherein the numbers game keeps Prime Minister either constantly destabilised or blackmailed. Doling out of patronage in the shape of ministerial appointments or development funds keeps the governments bloated and dysfunctional besides suffering a lack of financial discipline. The permanent rulers i.e. bureaucrats have devised a clever way of amassing wealth and clout by collaborating in this spoils game with the politicians.

The bureaucracy has gotten so used to getting benefits from official role that it does not let any government work that tries a crackdown on institutionalised corruption. Speed money and facilitation fees are some of the sobriquets of an institutionalised system of corruption embedded in our governance structures. The state of judiciary also does not inspire confidence. Delayed justice, surfeit of case pendency, abhorrence to checks and balances of parliamentary or public accountability and institutional outreach on the pretext of filling the vacuum left by a dysfunctional executive are some of the visible problems.

In the absence of a strong governance system all institutions start operating in their silos with each aspiring for more power and perks vis a vis others. The above malady is so typical of an anocracy i.e. a weak transitioning democracy where elections are held regularly but the rule of law and accountability is absent. Under such an environment the institution with strongest organisational strength and discipline and the possession of the coercive power assumes the catbird seat.

The changing nature of warfare with gray zone operations being the future norm are compelling a reconceptualisation of the professional roles of the military away from Huntington’s complete separation of civilian and military spheres to a convergence approach espoused by current civil military thinkers like Risa Brooks and Richard Kohn from USA. How and by whom would that desired convergence and discipline be achieved is the pearl of high price to be chased by all public intellectuals and policymakers as a national priority?

Note: This article appeared in Tribune, dated 11 October 2022.
Disclaimer: The views expressed in the article are of the author and do not necessarily represent Institute’s policy. 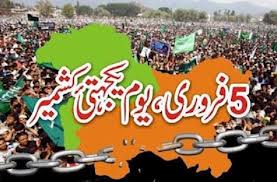 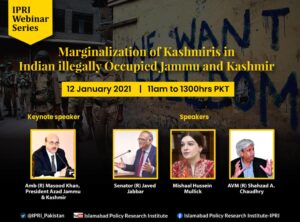 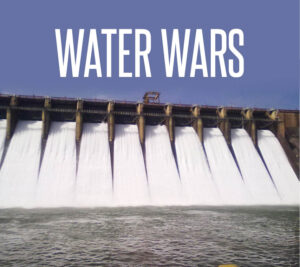