The term “soft power propaganda tools” was used by the U.S. State Department while referring to its decision on December 4 to terminate five cultural exchange programs with China, among which were the Policymakers Educational China Trip Program, the U.S.-China Friendship Program and the Hong Kong Educational and Cultural Program. This decision coincides with the earlier statement of Chinese Ambassador to the United States Cui Tiankai who emphasized the need for greater cooperation between both countries.

This latest decision to target soft power initiatives, however, only promotes festering tensions with the unfortunate casualties being students, academics and intellectuals given that programs offer avenues for dialogue, discussions and an understanding of different norms, languages, traditions and belief systems which exist in various countries across the world.

The absence of soft power diplomacy has resulted in limited understandings of narratives promoted by different states, particularly those embroiled in regional and international rivalries. Cross cultural exchanges have the potential to ameliorate suspicions and challenge media narratives on countries, systems and societies when students and research fellows travel to gain firsthand experience of different norms, values and practices which allows for avenues of cooperation to take hold.

The potential of soft power diplomacy in diffusing tensions is immense given that informal settings help in transcending established views on the Kremlin or the White House for example as well as challenge the negative portrayal of the host country through grassroots level engagement. The decision to shut down exchange programs with China based on the premise of being directly sponsored by the Communist Party of China hints at the Trump administration being averse to principles such as Confucian ideals or concepts of meritocracy taking hold in the United States which have positively influenced governance systems in advanced countries such as Singapore.

The exchange programs also play a key role in discussing, if not influencing, subjects such as effective governance which help in bridging trust deficits and promoting goodwill among various countries.

The five programs scrapped also include the U.S.-China Leadership Program and the U.S.-China Transpacific Exchange Program which were set up under the auspices of the MECEA or the Mutual Educational and Cultural Exchange Act of 1961. This law which was signed by President John F. Kennedy aimed at boosting academic and cultural exchanges with foreign countries, which is a hallmark of globalization and multilateralism.

The decision to rescind the programs further cements the Trump administration’s aversion to prospects of cooperation and dialogue, with students and cultural ambassadors inadvertently becoming embroiled in geopolitics.

None of this is required in times when the U.S. economy is being ravaged due to the pandemic and where the intake of Chinese international students has a bearing on the health of the educational sector given that they constitute one third of the total international pool. None of these variables have been accounted for while scrapping the programs under MECEA. 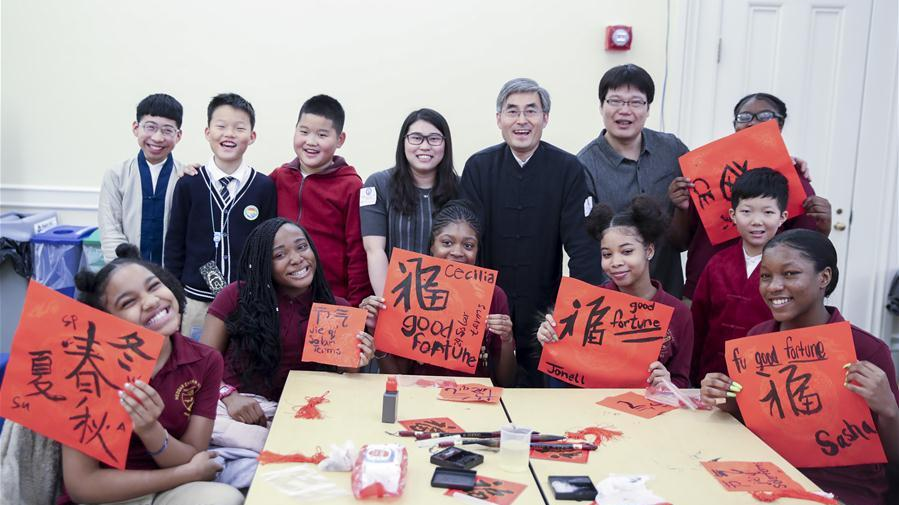 There are also double standards with shutting down exchange programs on American shores and promoting soft power diplomacy overseas. The United States through its various soft power initiatives have been preaching democratic ideals, freedom of expression and building academic linkages with countries across the world. Not once has any state, particularly countries such as Afghanistan and Syria which have been ravaged by U.S. intervention in simmering conflicts internally, resorted to targeting soft power initiatives.

In fact, in an attempt to broaden the understanding of the United States in its war ravaged population such programs have continued unabated with numerous Afghan and Syrian students availing scholarships to study in the United States.

U.S. universities, its cultural diplomacy and soft power image continue to enjoy popularity across the world and its image of a leading advocate of soft power diplomacy becomes in serious jeopardy once measures such as shutting down exchange programs with states such as China take place.

Allegations that the five programs are propaganda tools are also unfounded. Propaganda warfare has resulted in internal discord or rebellions taking place against the status quo within a particular state throughout history with systematic funding. There is no evidence to suggest that Chinese exchange programs have contributed to the rise of what the Trump administration considers to be “socialist” movements within its territory which openly challenge American capitalism.

On the other hand, U.S. history is replete with examples of how the American media along with the propagation of democratic ideals have fomented mass protests across the world, challenging the legitimacy of the central authorities and in regions such as the Middle East, initiated regime change.

Neither has China sought to use its cultural influence to shape public opinion against the American state nor is there any linkage between mass protests in the United States against the Trump administration being directly sponsored by Beijing.

The Chinese embassy in Washington, D.C. did not immediately comment on the move. Suspending exchange programs also comes amid the Chinese Ambassador Cui Tiankai expressing the need to have real improvement in the U.S. China relationship based on good faith. Sadly, this latest decision will only promote further misunderstandings of each state’s motives and agenda.

What is clear however is that the Trump administration has directly repudiated the 1961 MECEA law which was aimed at boosting academic and cultural linkages with foreign countries. And sadly, intellectuals, students and academics have now become the latest casualty.

This Article was originally posted on CGTN
Disclaimer: The views expressed in the article are of the author and do not necessarily represent Institute’s policy. 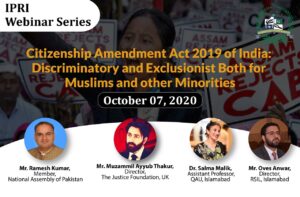