Why Trump crying foul is considered mishmash, a bad example for Africa 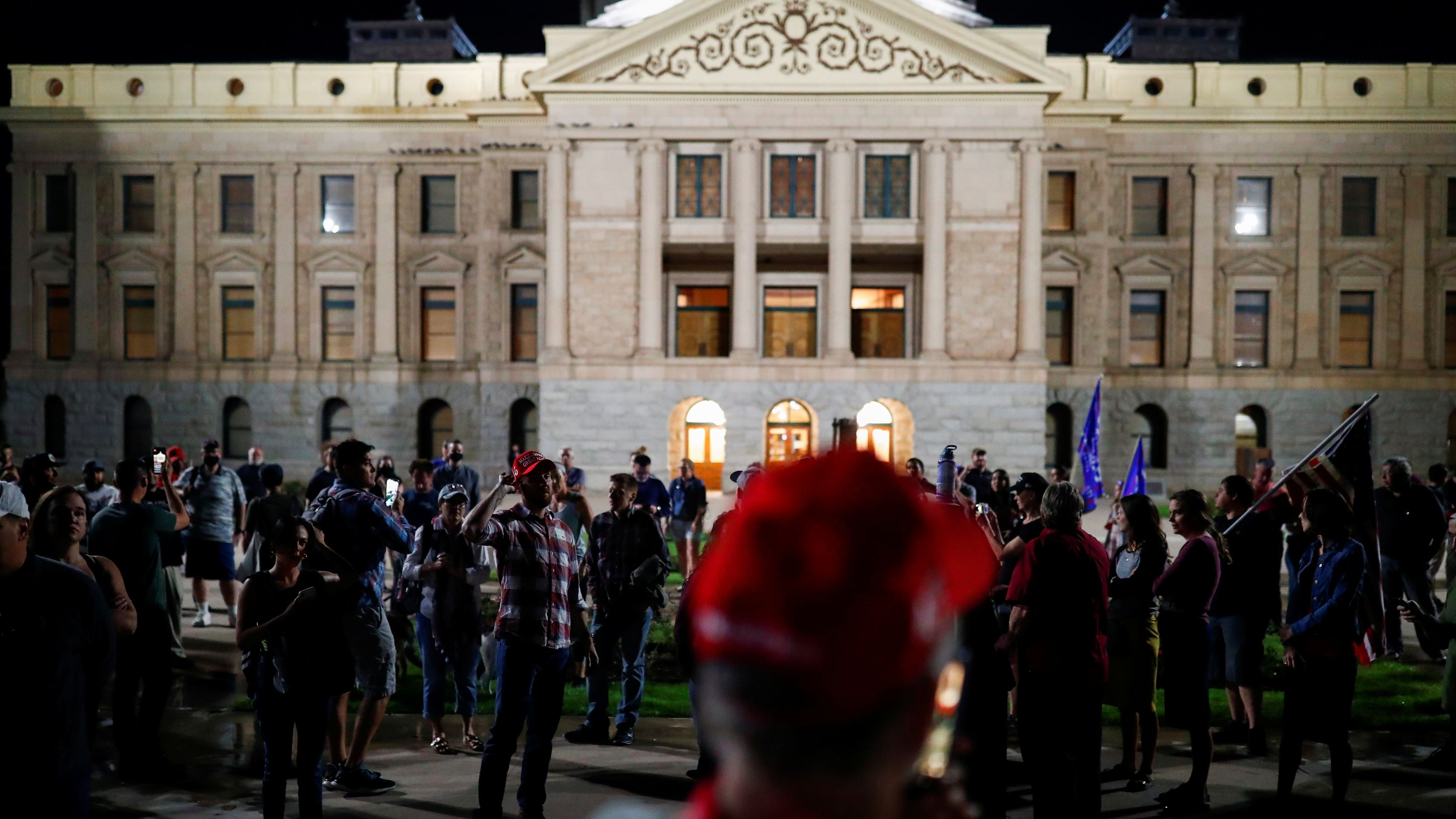 Supporters of U.S. President Donald Trump gather in front of the Arizona State Capitol Building to protest about the early results of the 2020 presidential election, in Phoenix, Arizona, November 4, 2020. /ReuterDonald
Trump in his race towards the White House against rival Joe Biden has issued statements claiming the results of the 2020 elections are fraudulent and is set to take the issue to the Supreme Court. His calls of malfeasance and electoral fraud have been met with derision, mockery and alarm. Yet the Republican candidate’s position, alongside the looming threat of electoral violence, has resonance beyond America’s borders. For a country that is viewed as a cornerstone of democracy, upholding the rule of law, freedom and popular representation, Trump’s adamancy in defying the results is sending ominous signals to African states across the Atlantic such as Cote d’Ivoire and Guinea that political instability could unfold within their own territories.

It is ironic that the same African states that were lambasted during the Trump presidency are now seeing their own people reacting with dismay and disbelief. Mory Keita, a car parts dealer in Guinea believes that Trump is setting a bad example for the entire continent given that countries across the region have been marred by accusations of cheating and internal turmoil, resulting in clashes between sovereign federal governments and the citizenry.

Trump’s premature declaration of victory, a procession of lawsuits and assertions that the vote count indicates malfeasance send direct signals to the leadership and opposition of various African countries, such as Guinea, that could result in violence and calls to defy the rule of law and the constitution. This is despite the fact that the premise on which Trump made these outlandish claims lacks any legal standing as there is no indication that incoming ballots are a direct contravention of the U.S. constitution. Yet as several reports have indicated, electoral violence continues to be on the cards with Trump supporters and fringe elements such as the Proud Boys set to contest the results in what is already a deeply polarized country. Africa can ill afford such polarization.

For states such as Guinea, such variables are significant. It was just last month that dozens of people were killed in protests prior to and in the aftermath of President Alpha Conde’s election, which was questioned by former Prime Minister Cellou Dalien Diallo. The violence was sparked by allegations of electoral fraud, similar to how Donald Trump is seen appealing to his voter base to challenge the vote count, which has the potential to spark violence in the United States. 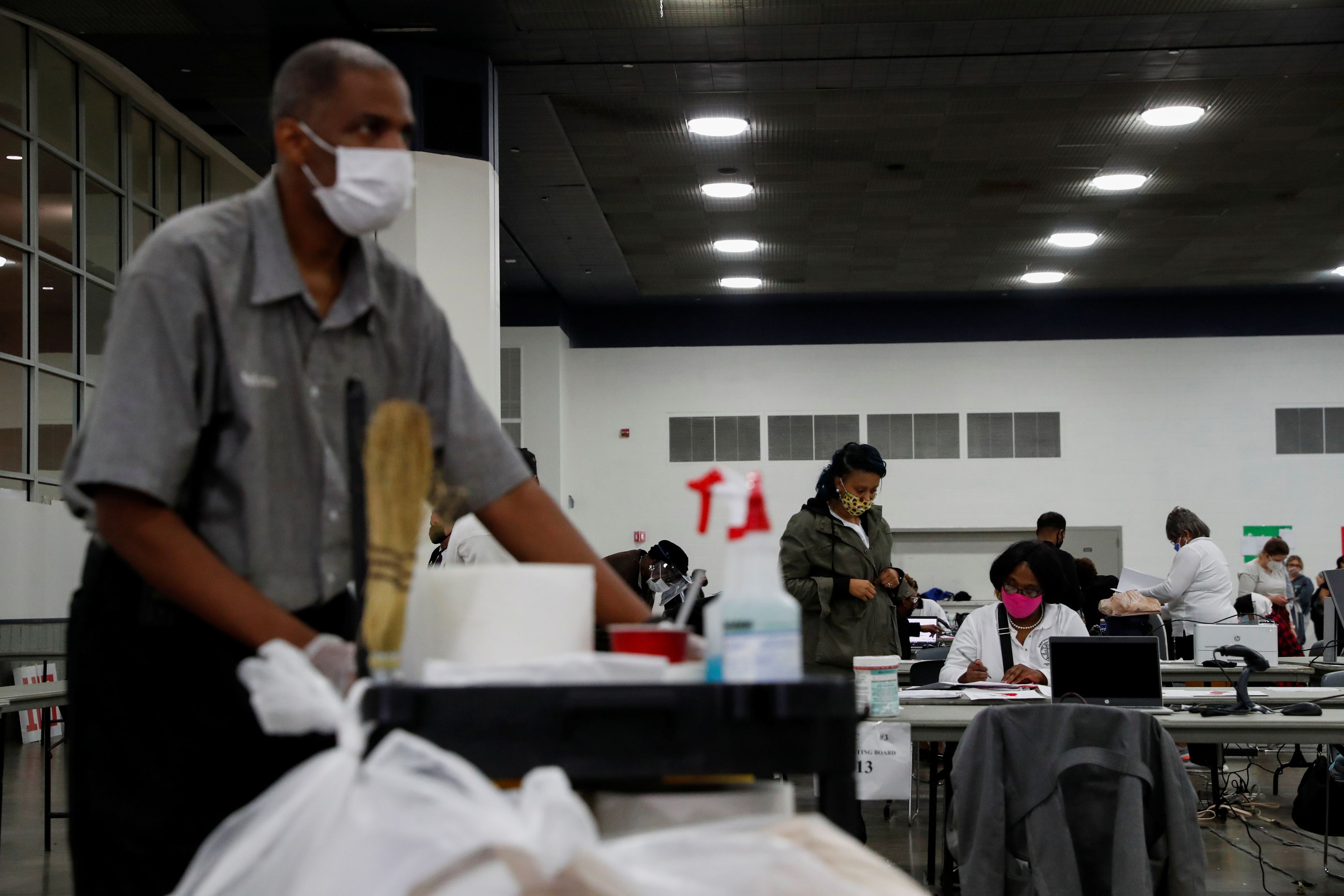 Votes continue to be counted at the TCF Center the day after the 2020 U.S. presidential election, in Detroit, Michigan, U.S., November 4, 2020. /Reuters

What is ironic is that in the latter’s case, this trend is taking place in a developed nation, a fact noted by members of the Guinean public with many equating the United States under Trump with a banana republic. The interesting fact is that this is a region which Donald Trump’s administration censured and castigated throughout its tenure. Now as so-called electoral fraud is gripping the U.S. across the Atlantic, much of the Trump narrative on African states such as Guinea has been exposed as fallacious, dubious and based on double standards, which his presidency has failed to apply domestically.

Never was this duplicity more evident than when the U.S. Embassy in Cote d’Ivoire this week called for dialogue, reconciliation and upholding the writ of the state after another disputed election in the country. This message did not go down well with many African citizens who were quick to raise questions over what was transpiring in the United States. Maurice Nandasaba from Nairobi, Kenya for example, took offense to how the Trump administration was preaching democracy to African states on the one hand and how glaring contradictions within the United States demonstrated that it is a hoax on the other.

Trump’s calls can hence be considered nothing short of an embarrassment given that African states such as Cote d’Ivoire, Guinea and Kenya have had a favorable opinion of the United States throughout the course of their history, while the majority Christian population of Nigeria viewed a Donald Trump presidency as a favorable outcome.

Trump clearly does not represent the historic goodwill and positive image that America has enjoyed in West Africa as an upholder of democratic ideals, but is more a proponent of electoral defiance and of democratic backsliding, something that the United States has accused countries such as Turkey of encouraging under its current leadership. A Biden presidency, meanwhile, would possibly allow for greater emphasis to be placed on multilateralism in Africa, with increased scientific cooperation and trade ties – similar to the Obama era. Since the 2016 election of Donald Trump, this has been in jeopardy.

The dualism and double standards are stark and visible as the United States under Donald Trump is suddenly being viewed as a country with powerful democratic institutions but fragile democratic norms from a President who has alienated his adversaries and left many of his allies dismayed. For states in Africa that face dire challenges such as poverty, malnutrition and the COVID-19 pandemic, internal instability is something they can ill afford as they find it difficult to look towards the United States as a beacon of stability due to Trump’s brazen defiance.

Note: This article appeared in CGTN, dated 06 November 2020.
Disclaimer: The views expressed in the article are of the author and do not necessarily represent Institute’s policy. 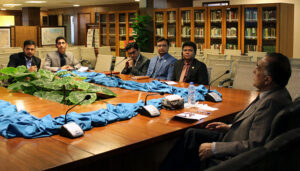