Operation Zarb-e-Azb is a joint military offensive conducted by Pakistani armed forces against the militants in North Waziristan Agency (NWA) that include Tehrik-i-Taliban Pakistan (TTP), the East Turkestan Islamic Movement (ETIM), the Islamic Movement of Uzbekistan (IMU), Al-Qaeda and many others. In the backdrop of failed negotiations with the Talibans and a deadly attack on Karachi International Airport in June 2014. The military establishment, government and political forces took a unanimous decision to finish off the menace of terrorism in its all forms and manifestations. On June 15, 2014, Pakistani military launched ground operations and air strikes in the NWA by employing its infantry divisions, artillery, armour and airforce. The stated aim of Zarb-e-Azb was to strike against all terrorists without any discrimination/distinction of good or bad Taliban. 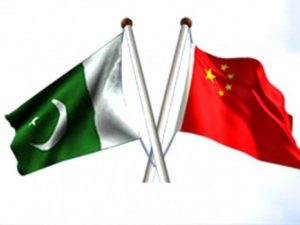 Since past one year, according to ISPR, the operation has been successful in killing around 2,763 militants, destroying 837 hideouts and recovering 18,087 weapons and 253 tons of explosives. Thousands of suspected terrorists including 218 hardcore terrorists were killed in around 9,000 intelligence-based-operations (IBOs). The operation has resulted in decrease in the number of terrorist’s attacks to a considerable low level and improving the image of Pakistan in the international arena. The North Waziristan has now been 90 per cent clear of militants and their local support. The propaganda against Pakistan that it deliberately avoided operation and backed militant groups has also eased off. The Operation Zarb-e-Azb has also helped in improving Pakistan’s relations with its neighbouring countries who have supported Pakistan’s military counter terrorism efforts.

China, particularly has appreciated Operation Zarb-e-Azb as China itself faces serious threat of ETIM, a Uighur militant group residing in far Western Xinjiang region and responsible for a number of terrorist attacks in China, including the 2014 April attack at an Urumqi train station. This Islamic militant group aims to set up an independent state called East Turkestan and reportedly have bases along Pakistan-Afghanistan border. The presence of the anti-China terrorist group in Pakistan’s tribal region has been a source of concern for China. China has been leaning on Pakistan to take a more active role in the fight against terror and had expressed deep concerns during Pakistan’s Chief of Army Staff (COAS) visit to China in May 2013 over East Turkistan Islamic Movement (ETIM) activities in Pakistan and suggested operation against terrorists in North Waziristan. When Pakistani President Mamnoon Hussain met Chinese President Xi Jinping after the Conference on Interaction and Confidence Building Measures in Asia (CICA) in 2014, he called ETIM a “common enemy” of Pakistan and China and assured the safety of Chinese citizens in Pakistan. Since then, targeting ETIM is probably high on Islamabad’s priority list.

According to reports, during the last one year of operation around 100 ETIM militants have been killed in NWA and around 66 terrorists have been handed over to China. The Pakistani Intelligence Agencies have also arrested 10 ETIM members in United Arab Emirates (UAE). A Saudi-based ETIM leader Zakria, who was on the most wanted offenders list of the Chinese government was also arrested by the efforts of the Pakistani intelligence agencies. Now after the launch of Operation Zarb-e-Azb, in his recent visit to attend a military parade marking the 70th anniversary of the end of WW-II in Asia, held at Beijing in September 2015, President Mamnoon Hussain has informed Chinese government that almost all members of the Uighur militant group (ETIM) and their affiliates have been eliminated from Pakistan and only very few are left. Currently, ETIM has been eliminated from Mirali, Miranshah, Boya and Degan regions. However, the ETIM threat persists because many terrorists have fled to Afghanistan and are getting training, equipment and safe haven from India.

Beijing has been responding very positively to operation Zarb-e-Azb. China’s Foreign Ministry has expressed its support for the Pakistani initiative. The ministry’s spokesperson Hua Chunying has praised Pakistan’s sacrifices and positive contributions in the fight against international terrorism. He has also acknowledged the reports about killing of ETIM militants in the Pakistani strikes. When COAS Gen Raheel Sharif visited Beijing in January 2015 and met his counterpart Gen Qi Jianguo. Both not only agreed to expand co-operation over regional security and defence-related issues but China applauded Pakistani Army’s efforts in the war on terror. The Vice Chairman of the Central Military Commission, Gen Fan Changlong also praised the success of Operation Zarb-e-Azb which he termed “decisive, bold and a hard blow for terrorists.”

Hence, the Operation Zarb-e-Azb has proven to strengthen the bilateral ties between Pakistan and China. Pakistan fully understands that the deepened economic cooperation with China in the form of Pakistan-China Economic Corridor (CPEC) will proceed much more smoothly if China’s security concerns are assuaged. Therefore, the Pakistani government has established special security division of 12000 special troops for the protection of more than 8000 Chinese workers engaged in the development of CPEC project. Besides having Memorandum of Understanding (MoU) on counter-terrorism since 2005, both the states are looking forward for more intelligence sharing and joint counter-terrorism initiatives. China has provided 500 million US dollars to Pakistan as assistance to counter terrorism. Pakistan and China shares complete understanding on strategic and security issues. Both have always assured each other of full confidence and co-operation in the fight against terrorism. Therefore, the Operation Zarb-e-Azb is playing a pivotal role in bolstering the strategic ties between Pakistan and China.

The article was carried by Pakistan Observer on October 13th, 2015.