The Pakistan-US relationship is taking a new shape in the wake of the US withdrawal from Afghanistan. Political experts also believe that in the absence of any strategic convergence of interests other than counterterrorism cooperation, the US-China rivalry is likely to affect Pakistan-US relations in future.

Due to Pakistan’s interests vis-a-vis regional protagonists in the security equation of South Asia, there is a need to assess the implications of this single one-imensional relationship with the US. Due to the international community’s aversion to terrorism, no one is ready to offer panegyrics on the Taliban’s ascent. The embarrassing swiftness with which the US-backed Afghan government collapsed is going to rankle with the White House and its political detractors for a long time.

America’s domestic politics and its viscerally adversarial relationship with China, the only country capable of depriving the US of its leadership role in the world, would impact Pakistan-US relations in future. Domestically, the political opposition hounding the Democrats is making it difficult for them to make a clean breast of the US withdrawal from Afghanistan. The need for a scapegoat whose proxies defeated the US proxies and the riled-up Department of Defence (DoD) and Central Intelligence Agency (CIA) have made Pakistan a target of US opprobrium even if everyone inside the Beltway knew that the Taliban were nobody’s proxies.

Pakistan’s economic and military cooperation with China, especially the China-Pakistan Economic Corridor (CPEC), acts as another irritant in the Pakistan-US strategic relations.

The above verities of the China-US strategic rivalry for control of global commons cannot be wished away while sketching the lineaments of the future US-Pakistan strategic engagements. Pakistan’s love-hate relationship with the US, spanning over the seven decades of independent existence of Pakistan, points towards a scarlet thread of transactional ties weaving a skein of opportunistic engagements and post-transaction disengagements.

The cold war was the first engagement which Pakistan hoped would yield a US-mediated Kashmir solution, but it actually yielded a tenuous ceasefire with India and an arms embargo on Pakistan.

The 1979 Soviet invasion of Afghanistan resulted in the second engagement which ended just as precipitously after the transaction had yielded its optimum returns. The third engagement after the 9/11 attacks found Pakistan elevated to the status of a non-Nato ally in America’s quest to pacify Afghanistan and ended after the August 2021 US withdrawal.

The post-US withdrawal phase brings new challenges for future US-Pakistan relations. At one end is the strategic shift in US interests away from South Asia towards East Asia and the Indo-Pacific region, while at another end is the residual US interest in counterterrorism and intelligence gathering in South Asia. The US has been sending clear signals to Pakistan for allowing it the desired counterterrorism and logistic support in return for its support at international forums like the FATF and the IMF. Pakistan, like other regional countries, is equally bewildered at the US policy of freezing the assets of the Taliban-led Afghan government using it as leverage over the ‘good behaviour’ of the Taliban.

A dispassionate analysis of the Afghan scene would clearly indicate that Americans left Afghanistan after a ‘valedictory diplomacy’ of two years after understanding that the locus of the real power was the Taliban movement. Now having ennobled and sanctified the Taliban through the Doha agreement, why does internal governance by the Taliban bother the US?

The above is a veritable conundrum which needs an answer in order to understand the US’s game plan vis-a-vis the Taliban and the South Asian region. And within that answer would lay the future thrust of the US policies vis-a-vis India, Pakistan and China. If the US has decided to embark on Cold War II against China, India would remain the central pillar of its South Asia policy as a regional bulwark to China’s economic as well as military influence.

Graham Allison’s Thucydides’ trap foretold a conflict between a rising and a declining global hegemon in the context of the US-China rivalry, and surprisingly, another study by Hal Brands and Michael Beckley also predicted the same conflict albeit for different reasons. The reason they quoted for the impending conflict was the slowdown of the Chinese economy and its consequent impatience to be counted as a global power.

The US bandwagon of confrontation seems to have attracted Nato and the EU too. Nato Secretary General Jens Stoltenberg has been quoted in Financial Times as saying that countering China’s rising power would be the new rationale of Nato due to China’s cyber, space, AI and hypersonic glide missile capabilities. The EU has also echoed the same sentiment by revoking technology cooperation with China over Huawei’s 5G technology.

The UK has also decided to ban all Chinese equipment under US pressure. In the backdrop of the above global rivalry, it is easier to view why the US views India as the most important strategic ally and Pakistan as an outlier. Wendy Sherman’s statement in India about US interests in Pakistan being specific and narrow to secure the US from terrorism threats indicates the gap between the US and Pakistan’s strategic interests.

The US can never be expected to play a mediatory role between India and Pakistan with regard to the Kashmir issue due to the reasons mentioned above. What should Pakistan do to mend this fraying partnership? First, Pakistan must not let its economic cooperation with China foreclose the avenues of similar cooperation with the US. An East-West Economic Corridor (EWEC) linking India, Pakistan, Afghanistan and Central Asian states could act as an ideal complement to the CPEC, opening new vistas of trade, connectivity and economic partnership in South Asia. This corridor would also be in sync with President Biden’s vision of ‘Build Back Better World’. The future of US-Pakistan relations lies in cooperation based on a long history of strategic engagement which the US can ignore at its peril leaving the turf open to China.

Pakistan needs to convince the US that economic partnerships in South Asia can wean India and Pakistan away from a debilitating arms race. Pakistan in turn could rally a group of like-minded countries to form a peace bloc that actively strives to keep China and the US away from a potential conflict.

Pakistani diaspora and the private sectors of both countries can play an important role in developing stakes in an economic partnership based on a rich history of cultural and soft power interactions between the two countries.

Note: This article appeared in The News, dated 13 November 2021.
Disclaimer: The views expressed in the article are of the author and do not necessarily represent Institute’s policy. 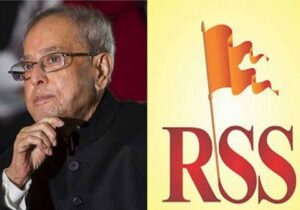 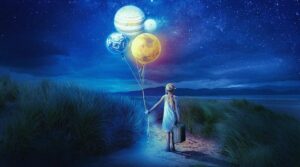