The world awaits with baited breath for the outcome of the Intra-Afghan talks. They are a part of an important deal between the United States and the Taliban, signed in February 2020. The win-win peace formulation that promises to usher us into a new era of peace, security and development remains a pipe dream when confronted with several landmines strewn in the path of peace. Some of those minefields include a lack of clarity in regards to power sharing arrangements, Afghani Taliban’s triumphalist mindset, India’s destabilizing tactics in pursuit of an anti-Pakistan agenda, and the vested interests of beneficiaries of the war economy. The Taliban view a ceasefire as an attempt to undercut their leverage while the Afghan government considers it an important precondition for holding meaningful parleys.

The Taliban and Afghan government have decided, on October 5 at Doha, to observe 19 ground rules during negotiations to hold the tenuous peace. The cessation of violence has remained the biggest peace spoiler as the Taliban, in the flush of their battlefield victories, take maximalist positions during the intra Afghan dialogue. A glimmer of hope was kindled by the visit of the Chairman of Afghan High Council for National Reconciliation (HCNR), Dr Abdullah Abdullah, to Pakistan where he was accorded a red-carpet welcome. He exuded positive vibes and acknowledged that the past was an invaluable teacher to learn from but not to live in. He evinced an interest in forging a sustainable and long-term peace partnership with Pakistan. His most important message was of burying the hatchet and looking towards the future.

Dr Abdullah, during one of his talks at an Islamabad based think tank, spoke of his vision about Afghanistan being a peaceful and pluralistic country bound in regional economic partnership with Pakistan. He reassured Pakistan that Afghanistan would never allow its soil to be used by any terrorist entity to launch attacks on the soil of another country. Another recent Afghan visitor, Gulbadin Hikmatyar chief of Hizb-e-Islami was less upbeat about the US-led peace process. While speaking at a seminar in Islamabad, he sounded a note of caution that Americans run the risk of repeating their folly after the Soviet-Afghan war of the eighties.

Despite all the positivity, a reality check indicates that any expectation on part of the Afghan government and the United States that Pakistan would deliver the Taliban on the peace table is overly optimistic. Pakistan, due to its ethnic Pashtun population’s kinship ties with the Afghan Taliban, has already played a very important part in nudging the Taliban onto the negotiating table. However, from now on, any peace deal would be contingent upon the Taliban and Afghan government’s will and political preferences.

India’s strategy in Afghanistan has been based on targeting the Afghan Taliban and cultivating the Afghani government at Kabul with a view to create a permanent wedge between the two belligerents. The truth of promoting constant strife was protected by a bodyguard of lies like development initiatives and economic partnership with a war weary Afghan government. By keeping the pot boiling and promoting a constant strife in Afghanistan, the Indians were following Duval’s doctrine of ‘Death by a Thousand Cuts” against Pakistan. They managed to dupe the frazzled sensibilities of US-ISAF, combined by dangling the carrot of anti-China pushback and the anti-Taliban capacity building of the Afghan National Defense and Security Forces for USA-ISAF. The Indians, using the bait of economic and military aid, were biding their time to strike back at an opportune time. That time arrived after President Trump launched his Afghan peace project with a view to disengage militarily from the Afghan quagmire as a part of his election campaign promise.

Afghanistan’s neighbors, USA and international community have reached a rare consensus on the need for a lasting peace in Afghanistan by allowing Afghans themselves to decide on the future form of government and power sharing arrangements amongst all stakeholders. That is a surest recipe for countering the menace of terrorism for which ostensible reason UN led US-ISAF mission entered. Now, when the eyes of the entire world community are fixed on the intra-Afghan talks, the odd man out is India which is bent upon playing the role of a spoiler. India already has the blood of both Taliban and several innocent Afghan National Army fighters on its hands due to its Machiavellian promotion of fratricidal conflict between two rival Afghan factions.

If India were not in the throes of the Hindutva hate creed, its leadership would easily have divined the advantages of peace dividends that the Afghan peace offers. A peaceful Afghanistan could potentially offer India a possibility of economic linkages through the East-West land corridor—binding South Asia and Central Asia into an economic union as a result. According to a South Asian Voices research study, the trade potential between Pakistan and India is $37 billion which can be further boosted if the Indian strategy of destabilisation of the region changes. However, the above will only happen if India, and others, stop being peace spoilers in Afghanistan.

The writer is a security and defence analyst and a PhD scholar. He can be reached at rwjanj@hotmail.com.

This Article was originally posted on The Nation. 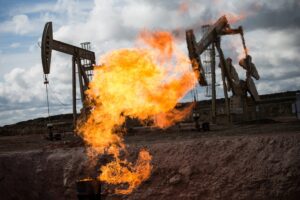