Over the years, BRICS has emerged as a  synonym to the concept of South-South Cooperation (SSC). Together, BRICS represents 26 per cent of the planet’s land mass, and is home to 46 per cent of the world’s population. More than an acronym that identifies countries emerging in the international economic order, BRICS has become a new and promising political-diplomatic entity, far beyond the original concept tailored for the financial markets.

Alongside the formation of New Development Bank (NDB), Asian Infrastructure and Investment Bank (AIIB) and BRICS Contingent Reserve Arrangement (CRA) for financial empowerment and putting an end to the over-reliance on existing systems, BRICS accounts for more than 30 per cent (in terms of purchasing power parity) of the global GDP and accounts for more than half of global growth, which have given the group power to influence global trends and trajectories and inflect economic reforms and restructuring. Grounded in the SSC paradigm, intra-BRICS trade, as percentage of their total foreign trade, doubled from 6 per cent to 12 per cent between 2001 and 2015. Since 2010, BRICS has evolved in an incremental manner. Seeing the level of at least regular annual interactions among its leadership alongside the successful completion of Summit cycles (each member country has hosted a meeting of leaders), BRICS seems to go a long way, contesting along the current global politico-economic order. More so, in this time of evolution, member states have been able to establish consensus in areas of importance, strengthening its two main pillars i.e. (i) coordination in multilateral fora, with a focus on economic and political governance; and (ii) cooperation between members. And if we analyze the development of body, somehow the results are yielding.

Now as the group consists of members such as China, India and Russia, one can certainly not ignore the complexities and anomalies, these states hold against each other. Tangential might be the interests of these states, given the region’s overall strategic environment, the group has not been made hostage to these differences or mere egoism, as we see in the prevalent case of SAARC. In fact, keeping engaged far countries of other regions like Brazil and South Africa is impressive for it requires mutual grounds of cooperation, indeed.  However, it is widely questioned that these countries specifically India and China, despite making huge investments in advanced industrialized countries, will their actions/differences dilute BRICS’ commitment to South-South cooperation and overall development?

For instance, Russia seems to be an advocate of India’s entrance in the United Nations Security Council (UNSC) and Nuclear Suppliers Group (NSG) while China discourages. Similarly, India seems to be at a great difference over China’s initiative of Belt and Road as it rejects economic explanation of CPEC and BCIM-EC. Meanwhile, India’s enhanced ties with the US, does raise the concern curvature of Russia and China. Similarly, Indian ambitions to exploit such forums against the cause of terrorism as part of campaign designed to isolate Pakistan globally, also go tangential to China’s friendship with Pakistan and overall interests in the region.

Meanwhile, as India strengthens its presence at regional platforms like SCO and BRICS; it is important for Pakistan to analyze its diplomatic moves. With increased reliance on lobbying, BRICS does stand to be another platform for India to materialize its foreign policy objectives for which Pakistan too needs to diversify its diplomatic options. SAARC is not serving the purpose it is supposed to, given the stubbornness of India but all the other options Pakistan has are not effective, any better. Without an iota of doubt, China’s friendship with Pakistan has withststood the pressures but Pakistan must also analyze those factors by which China is maintaining ties with India despite opposition to BRI and Sikkim escalations. It is nothing but to wonder that despite passing of declaration against terrorists entities operating from the region, why Pakistan was not able to verbalize Indian involvement in activities of sabotage inside Pakistan. The case of Kulbhushan Jhadav and his confession does speak for itself. But I guess, that wasn’t considered important so.

Aside from issues of regional implications, intra-BRICS differences are also there. It is to be noted that the lending of both the NDB and the CRA will be done in US dollars rather than the currencies of the BRICS countries themselves. By far, there is no arrangement of common currency or swap setup among member countries. Even to have an access to the CRA, a state has to go through IMF’s structural adjustments. BRICS members have openly stated their opposition to the European and American monopoly over the IMF leadership position. But following the departure of Dominic Strauss Kahn, China and Brazil did support the US choice for the nomination of their own candidates for leadership positions. It is just one example. More so, the issues of horizontal proliferation of technology, expertise and experience still persist, manifestoed in the original concept of SSC. BRICS turns out to be combination of all three i.e. anomaly, considering the differences; cooperation and defiance, as it maintains itself. BRICS as it sustains, represents a strong source of empowerment and inspiration for most developing countries. It is one case study of SSC, there are other options and opportunities to study and implement. As the recent Summit states ‘BRICS: Stronger Partnership for a Brighter Future’, with grave differences among states of concern, the vision seems viable. At the end of the day, it is only enhanced economic engagement among countries that could ensure sustainable development at the global level. 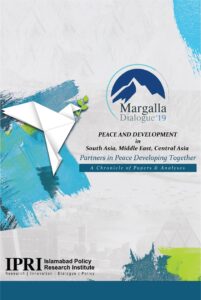 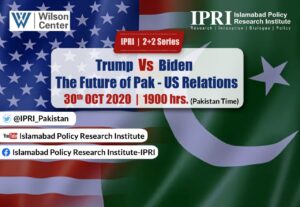 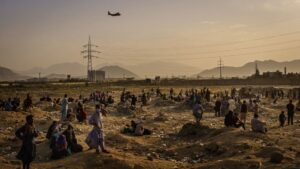