Every election in Indian Held Kashmir (IHK) has had its own political importance for India but   the history of these elections in IHK has shown that elections were neither accepted by the people of Jammu and Kashmir as a substitute to the right to their right of self determination or plebiscite, nor has pacified freedom sentiments in the valley. The twelfths state assembly election in   IHK was held in five phases from November 25 to December 20, 2014. IHK is consisted of three political regions:  1) Ladakh towards the east bordering China; 2) Jammu towards the south bordering the states of Himachal Pradesh, Punjab and Pakistan; and 3) Kashmir Valley towards the west bordering Azad Jammu & Kashmir. The  main political parties in IHK include the Jammu & Kashmir National Conference (NC), the Indian National Congress (Congress), Bharatiya Janata Party  (BJP)  and the Jammu and Kashmir People’s Democratic Party (PDP).

According to the results announced on December 23, 2014 the voters gave a fractured mandate. People’s Democratic Party (PDP) emerged as leading party. Out of total 87 seats of Jammu and Kashmir State Assembly PDP got 28 seats, followed by BJP with 25 seats, National Conference got 15 seats and Indian National Congress got 12 seats whereas others small parties and Independents got 7 seats (Jammu & Kashmir People’s Conference got 2 seats, Communist Party of India got 1 seat and Jammu and Kashmir People’s Democratic Front got 1 seat and Independents got 3 seats).

About the 2014 election in IHK ,many analysts were  of the view that support for different parties differs from Jammu (65 percent Hindu) to Kashmir (97 percent Muslim) to Ladakh (almost equal population of Muslims and Buddists 45-47 percent each), due to divisions based on regional ideologies as well as preference for particular parties. Therefore, BJP appears to be rather influential in Ladakh, whereas the wave of PDP can be observed in the Valley.

PDP is likely to form the next government in coalition with other groups. It is a regional party and had been a part of a coalition that ruled the state during one of its most peaceful periods between 2002 and 2008. Being a leading party in 2014 state elections it is keeping its options open in forming the next government in the state. According to PDP Chief Mehbooba Mufti, the formation of new government will take time. A senior PDP leader and MP Muzaffar Hussain Baig have stated that it would be easier to come together with Congress than BJP to form government in Jammu and Kashmir.

(BJP) has made significant election gains in the state of Jammu and Kashmir but despite of aggressive election campaign it failed to achieve its Mission 44+. BJB gained more seats due two factors first due to flood relief campaign by the Indian state highlighting the failure of Chief Minister Omar Abdullah’s government laid the foundations of hope for BJP in Kashmir and second BJP attracted more vote specially the Hindu votes on  Modi’s  promises for development. BJP could not gain victory in its mission 44+, given its ideological composition, especially the stance on Article 370; there was a fear that if BJP would have won more than 44 seats, then the conflict in IHK   would have escalated further.

Who so ever make government in IHK would not affect the status of Kashmir issue. However, under Modi Government, India’s new policy of belligerence toward Pakistan and its non silver lining attitude towards Kashmir is an eye opener and a wakeup call for Pakistan. Cancellation of foreign secretary level talks by India showed that Kashmir issue could not be resolved through bilateral approaches only. Political leadership in Pakistan should, therefore, raise Kashmir issue on all forums. Prime Minister Muhammad Nawaz Sharif’s stance on Kashmir at the UN General Assembly Session was a right step. In addition to bilateral approach Pakistan should also adopt a legal and human rights approach on Kashmir issue.

Pakistan is an important country and international community cannot ignore its stance on Kashmir for a longer time. In the prevailing circumstances of constraints and resentments, Pakistan need not be impatient as it can project and publicize Kashmir issue as and when circumstances become more appropriate. Further, Pakistan should revive its longstanding policy of linking the opening of trade and economic relations with progress on Kashmir.

The composite dialogue between India and Pakistan has failed to find any solution for Kashmir. Any dialogue with India without having Kashmir on the agenda would be a meaningless exercise. For normalization of relations with India, Pakistan should not suggest any out of box solution for Kashmir as it would not be a substitute to Kashmiris’ right of self-determination.

Published in Pakistan Observer on December 28, 2014. 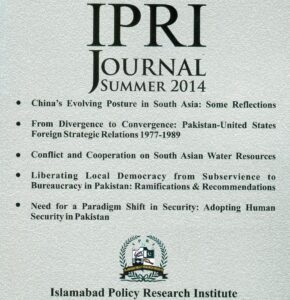 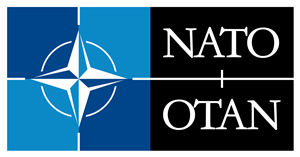 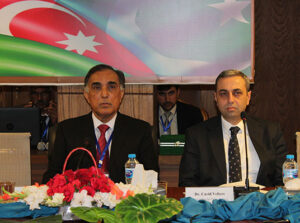