The election of Xi Jinping as the General Secretary of the Communist Party of China (CPC) is a vindication of the Party’s confidence in his leadership. The 20th National Congress of the CPC has taken place at a crucial time in international politics when the Ukraine war is still raging on; energy prices are unstable; the food crisis is looming large; climate issues are becoming serious for the whole of humanity; and hegemonic tendencies are rising up to plunge the world into another bout of the Cold War.

In such a milieu, China’s plan for its modernization is aimed at realizing the Second Centenary Goal of building China into a great modern socialist country in all respects and to advance the rejuvenation of the Chinese nation on all fronts through a Chinese path to modernization. Xi highlighted the CPC’s aims to realize socialist modernization by 2035 and build China into a great modern socialist country that is prosperous, strong, democratic, culturally advanced, harmonious, and beautiful from 2035 through to the middle of this century.

The Chinese modernization has attracted the attention of observers as China is already on the road to modernization. However, Xi qualified his plans by emphasizing that modernization in the coming five years would be aimed at “high-quality development, promoting high standards, accelerating efforts to foster a new pattern of development that is focused on the domestic economy and featuring positive interplay between domestic and international economic flows.” To achieve this goal, education, science and technology, and human resources would be the foundational and strategic pillars for building a modern socialist country in all respects.

An important feature of Xi’s report was a pledge to “prioritize ecological protection, conserve resources and use them efficiently, and pursue green and low-carbon development.”

Other significant issues highlighted by Xi included the promotion of socialist democracy, the rule of law, socialist culture with Chinese characteristics, modernization of the armed forces to international standards, following “one country, two systems” in Hong Kong and Macao, and implementing the overall policy for resolving the Taiwan question in the new era, and unswervingly advancing the cause of national reunification, which were meant to achieve these goals through peaceful means while never renouncing the right to use force.

Xi unequivocally declared, “China stands firmly against all forms of hegemony and power politics, the Cold War mentality, interference in other countries’ internal affairs, and double standards.” His reconciliatory tone was a clear message to the U.S. and its allies that for global peace and stability, there is a need to promote multilateralism, which over the past decade has eroded owing to the U.S.’ hegemonic pursuits. 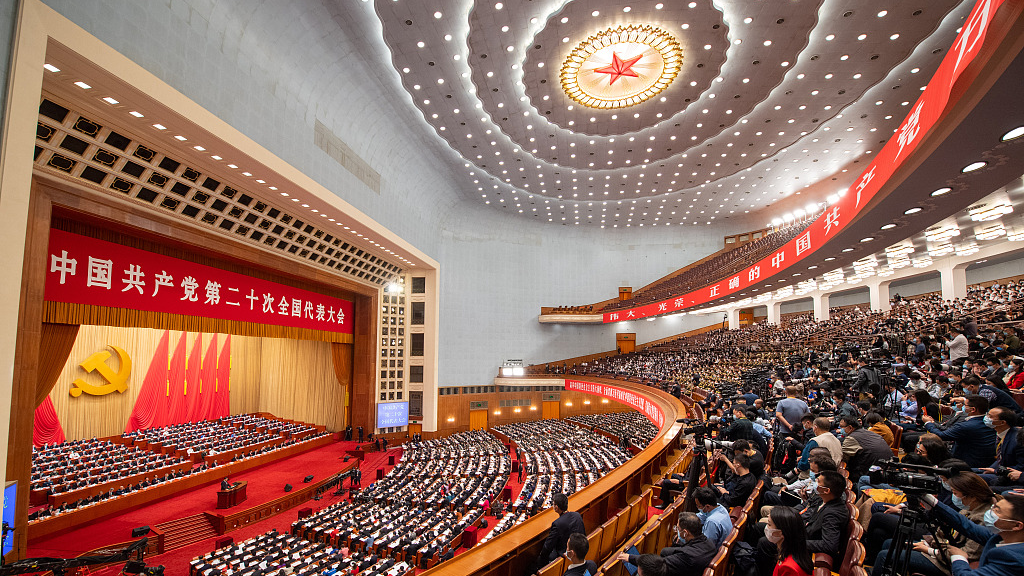 The 20th CPC National Congress opens at the Great Hall of the People in Beijing, capital of China, October 16, 2022. /Xinhua

From an international perspective, Xi’s statement at the 20th National Congress has been a message of hope with five clear messages.

First, from a political point of view, the West’s idea of “democracy” has been widely challenged by socialist China’s meritocracy, which has pulled over 800 million people out of poverty – an unprecedented achievement in the history of humankind.

Second, Xi promoted the idea of inclusiveness when talking about modernization. The significant difference between Chinese modernization with Western economies is the emphasis on shared prosperity, in sharp contrast to the modernization adopted by Western countries – causing widening gaps between the rich and poor and inequality in social development. Chinese modernization is without exploitation of the developing world, be it an invasion, hegemony, exploitation and destruction of natural resources and carbon emissions contributing to global warming.

Third, it is apparent that the West has always been on the defensive regarding multilateralism and non-interference. Among the five permanent UN Security Council members, China is the only veto-wielding power that has not been at war for the last four decades. It has been the largest troop contributor amongst the permanent members.

Fourth, China’s rise has been a factor of stability and an engine for world economic growth in various situations, whether during the 1998 Asian financial crisis, the 2008 global financial crisis or the sudden outbreak of COVID-19. During the COVID-19 pandemic, China showed leadership and reached out to the affected countries, especially developing ones.

Fifth, Xi’s inclusive approach is multi-faceted, which, inter alia, promotes the Global Development Initiative (GDI), joint construction of the Belt and Road Initiative (BRI), pledging to have carbon dioxide emissions peak before 2030 and achieve carbon neutrality before 2060 in China. It is a workable agenda at multilateral levels for humanity’s shared future. The U.S. and other major Western countries have yet to respond positively to the Chinese initiatives aimed at the common good of humankind.

China’s meteoric rise is due to sheer hard work during the past four decades. In doing so, China adopted a non-confrontational approach in a concerted manner to the extent that, despite criticism, the U.S. and Europe consider China an essential trading partner. China’s modernization plan provides an ideal ground to reset the global agenda for the collective good.

Note: This article appeared in CGTN, dated 25 October 2022.
Disclaimer: The views expressed in the article are of the author and do not necessarily represent Institute’s policy. 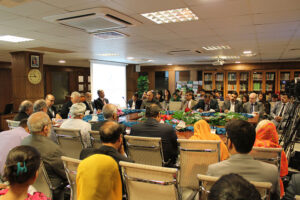