China-Pakistan Economic Corridor (CPEC) is a flagship project of the Belt and Road (B&R) mega initiative of China. The B&R initiative along with six proposed corridors, including the CPEC is meant to interconnect China, South Asia, West Asia, Central Asia, Russia, Middle East, Africa and Europe for an easier and less time consuming flow of trade and investment. In other words, this mega project is aimed to connect earlier mentioned countries and continents for trade and the exchange of people using the Land as well as the Maritime Silk Road together. It is quite evident that these projects carry huge economic benefits for the concerned countries and regions, which will get interconnected.

The CPEC is a project worth US $ 52 billion to connect Kashghar city of China’s Xinjiang Autonomous Region with Gwadar port of Pakistan. The project comprises a network of roads, railways, airports and fibre optic based communication systems. Alongside the corridor route, Special Economic Zones (SEZs) have also been planned in all the provinces of Pakistan. Basically the CPEC is meant to promote trade and investment oriented economic development of China, Pakistan and other countries which will be ultimately connected with this project.

Whereas the CPEC will accrue many economic benefits to China, Pakistan, Russia, Central Asia, and other South Asian countries in terms of trade, investment and people to people contact, it is also likely to create a regional  environment whereby South Asian countries would be attracted to seek peace based on the incentives of CPEC related economic benefits by joining it. In this context, Afghanistan, Pakistan and India, in support of China, Russia, Central Asian Republics (CARs) and other South Asian countries, might get convinced for seeking peace in the region by resolving the disputes confronting them. In this respect, some indicators are visible.

Pakistan wants its economic progress based on CPEC related benefits for which a peaceful environment in the region is necessary. For that purpose, Pakistan wants to contribute in facilitating reconciliation talks in Afghanistan and it also wants to resolve the Kashmir dispute by holding a result oriented dialogue with India. As far as the CPEC is concerned Pakistan wants that India and Afghanistan should join the CPEC so that these countries and other South Asian countries can benefit from the project.

China also wants that India and Afghanistan should join the CPEC. It says that it has floated the CPEC project based on shared destiny and development. China is already working to facilitate a peace process between the Afghan Government and the Taliban and it also wants the resolution of the Kashmir dispute through dialogue between Pakistan and India. China’s intentions to seek peace in Afghanistan are visible from its contributions in the peace talks recently held in Russia and in a trilateral dialogue between China, Afghanistan and Pakistan.

Afghanistan has supported the construction of the CPEC and it wants to join it to conduct trade with other South Asian countries, China and the world and to act as a transit hub for trade between the Central Asia Republics and the countries in the East. Hence it is important for Afghanistan to join the CPEC since it will help in making the Afghan economy self sufficient, as currently the economy of Afghanistan is purely based on foreign financing and in view of the withdrawal of the US and ISAF forces foreign financing of Afghanistan’s economy is dwindling. For the sake of economic development of Afghanistan it is necessary that a sustainable peace is brought into that country without wasting any more time.

There are a lot of advantages of the CPEC to India as well. It will be much easier for Northern India to develop trade and investment related relations with Afghanistan, Iran, the CARs, Russia, China and even with the Europe and vice-versa, although such advantages can be properly exploited only if peace prevails between India and Pakistan and in Afghanistan. Hence it can be expected that to exploit CPEC related economic advantages, Pakistan, India and Afghanistan will work for peace in the region by resolving the disputes confronting them.

Because of its desire to join the CPEC and to collectively fight out the threat of expansion of Daesh in Afghanistan, Russia has taken an initiative for peace in Afghanistan by sponsoring a dialogue of regional countries. In the last round of the dialogue held recently in Moscow, which was attended by the representatives of all the regional countries, it was agreed by all including,  China, Pakistan, Afghanistan, Iran,  and Central Asian Republics (except Afghanistan and India) that the talks between the Afghan Government and the Taliban should be facilitated so that the Taliban are brought to the mainstream politics of Afghanistan. This means that when almost all the regional countries are on the same page it can be expected that in view of the CPEC related economic incentives, quite soon, Afghanistan and India will also agree for starting a dialogue with the Taliban.

In view of the above discussion, it can be concluded that to exploit the economic advantages likely to be generated by the CPEC, South Asian countries would like to work for building sustainable peace in the region by resolving the disputes confronting them by holding dialogue at bilateral and multilateral forums on priority basis.

Article originally published in Pakistan Observer on May 31, 2017. 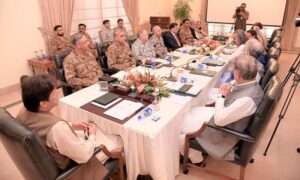 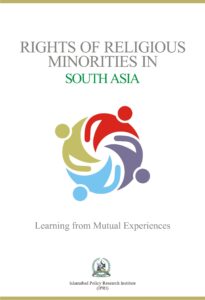 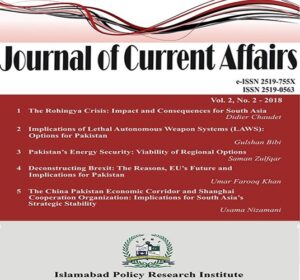