Cutting Distances with a Cricket Stump

Sports are the common threads that bind people and countries together. The interlocking rings of the Olympics rings symbolize the coming together of all nations. The former US President Nixon successfully used “ping-pong diplomacy” to open the US-China relationship leading the US to lift embargo against China on June 10, 1971. Cricket has been used in a similar manner to bring together the people of different countries, especially South Asians. Sport in South Asia is a significant part of culture. For South Asians, it is not only a sport but part of their collective identity. Some legends of Cricket in South Asia like Imran Khan, Sachin Tendulkar, Waseem Akram, Sunil Gavaskar, Kumar Sangakkara, Shahid Afridi, Shakaib Al Hasan, Shoaib Akhtar and Virat Kohli are the household names. Though, Pakistan is known as the manufacturer of the official FIFA World Cup ball, football is not popular in Pakistan. Pakistan has remained world champions in Squash, Hockey, Cricket, Snookers, Kabaddi and many other individual events of athletics, yet cricket is the most sought-after sport in Pakistan despite bottlenecks like terrorism and COVID-19.

While the overall sports spectrum went down, Pakistani cricket maintained its presence in cricketing world. Since last few years, Pakistani cricket team has been able to revive and reinvent itself internationally. I remember one of the slogans during Independence Cup 2017 in Lahore that said “It is not Pakistan vs. World, it is Pakistan vs. Terrorism”. In Pakistan, cricket is also a measure of national strength. Pakistan’s cricket teams take part in domestic competitions such as the Quaid-e-Azam Trophy, the Patron’s Trophy, ABN-AMRO Twenty-20 Cup, and the ABN-AMRO Champions Trophy. In 2015, Pakistan Cricket Board (PCB) organized a franchise based T20 cricket league known as the Pakistan Super League (PSL). The two seasons of PSL, 2020 and 2021 are held entirely by PCB. Additionally, Mr. Imran Khan, incumbent Prime Minister of Pakistan has conceived the new basic structure of the game in country.

Pakistan has won international cricket events, which include the 1992 Cricket World Cup, the 2009 ICC World Twenty20 and the 2017 ICC Champions Trophy besides finishing as runner-up in the 1999 Cricket World Cup and the 2007 ICC World Twenty20. Women’s cricket is also very popular, with KiranBaluch holding the current record of the highest score in a women’s test match with her innings of 242. Mr. Imran Khan has the honour of leading Pakistan national cricket team which won the 1992 Cricket World Cup. In 2010, he was also inducted into International Cricket Council’s Hall of Fame.

In South Asia, cricket and politics are interwoven. Wars have been fought and conflicts have been de-escalated alongside the bat hitting ball. The history of India-Pakistan relations did not inspire confidence in rebuilding relations through non-political means. However, the cricket matches between them are loaded with deeper political and diplomatic meaning.

From 1947 to 1965 only three test series were played between India and Pakistan. The 1965 and 1971 wars led to complete stoppage of cricket exchanges between two countries and there was a very little window to use cricket as a tool to maintain goodwill. After a gap of 17 years, cricket was resumed between them in 1978. The first instance of cricket diplomacy was in 1987 when General Zia-Ul-Haq visited India to attend a test match in Jaipur, and the resulting diplomatic dialogue cooled relations. In 2004, Prime Minister of India, Atal Bihari Vajpayee, went to Pakistan to attend the South Asian Association for Regional Cooperation (SAARC) summit. He also allowed Indian cricket team to visit Pakistan to play and advised the cricketers to not only win the matches, but also the hearts of Pakistani public. Over the next three years, the two countries played each other three times. Cricket diplomacy again emerged when then-Indian Prime Minister Manmohan Singh and his Pakistani counterpart, Yousuf Raza Gilani, met each other for the World Cup 2011 semifinal between India and Pakistan. Peace talks started again and Pakistan toured India in December 2012 for a T20 and three One Day Internationals (ODIs). The efficacy of cricket diplomacy in Indo-Pak relations can also be gauged from the fact that it brought both states to the negotiating table to manage the issue of Jammu & Kashmir (J&K).

All for One and One for All

Any major international sporting event like a World Cup gives one a sense of belonging to a larger global community. Sportsmen have always been successful goodwill ambassadors for any country and have admirers across borders. Fans’ love for cricket break all barriers that is why the peacekeepers see cricket as a tool to bind people together. Despite tensions, Pakistani fans recently celebrated India’s historic win over Australia. Nelson Mandela also believed that “Sport can create hope where once there was only despair. It is more powerful than government in breaking down racial barriers.”In short, a link between international cricket’s revival and national resilience need to be established. Restarting international cricket in South Asia would enhance the opportunity to establish aspired will of peace and prosperity.

Note: This article appeared in Modern Diplomacy, dated 02 March 2021.
Disclaimer: The views expressed in the article are of the author and do not necessarily represent Institute’s policy. 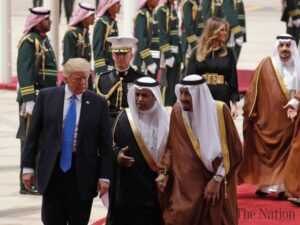 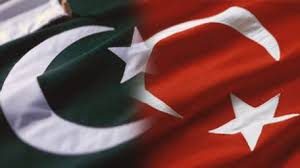 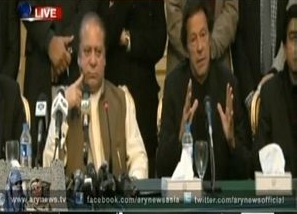