Pakistan’s security and economy have jostled closely as conjoined twins right from the country’s inception as an independent state in 1947. Pakistani historians and scholars might cavil at Indian machinations to strangulate Pakistan economically, yet even Indian writers like Kamal Davar concede that “the unwillingness of Indian leaders, notably PM Jawaharlal Nehru and Home Minister Sardar Patel to be generous to the new state especially in the division of assets, also made reconciliation difficult between the two states.” It was the fear of an implacably hostile foe on the east and a refractory neighbour on the West that compelled Pakistan to seek US led military alliances leveraging its geostrategic location for economic gains.

Pakistan as per Kamal Davar had received 30 per cent of British Army, 40 per cent of its Navy and 20 per cent of its air force. As a result the first Prime Minister of Pakistan was forced in 1948 to allocate 75 per cent of the budget to defence forces. This large expenditure due to country’s security imperatives had to be balanced through aid commitment of strategic security agreements with the United States, ostensibly to counter the looming shadow of communism in South Asia. Pakistan became a frontline state of US war against communism in late fifties pretty much like her war against terrorism in 2001. Pakistan’s security needs forced a significant expenditure on the defence of the country that remained the barometer of security for very long time. The dismemberment of the country and the fear psychosis generated thereby did little to assuage the insecurity bred in a high external threat environment.

The end of the bipolarity in global power relations with the demise of Soviet Union heralded a new age of unipolarity with a hyper power ruling the world like a colossus. Soon the proximate identities and socio-political angularities that had lain dormant under the client-patron inter- state relationships of Cold War era emerged out of the wood works to haunt the planners of the New World Order. Geopolitics that was to give way to geo-economics stood in the window gasping for one last breath before plunging to its natural death in this new age. Pakistan became a hotbed of internal as well as external machinations of forces inimical to its existence. Michael Desch the US based scholar has propounded a theory about a combination of external and internal threats that determine the nature of civilian control of the military. According to the author “the civilian control should be best in times of high external and low internal threat and worst in times of low external threat and high internal threat.”

The time has come to link our economic and security sinews through meaningful reforms and not just window dressing. Unrealistic tax target setting without winning the trust of the population and business community is a self-defeating exercise

According to above theory the security compulsions in high external threat environment should give the civilian leadership of Pakistan better control of economic and foreign policies whereas in high internal threat environment the civilian control would pose problems. In Pakistan under the present government the civilian leadership is getting the fullest cooperation from the military which appears mindful of the linkage between the economic and security dimensions of statecraft in both high external as well as high internal threat environments. What the military and civilian leadership both should be mindful is the changing nature of the security and the role played by the economics in it. The notion of national security no longer remains confined to military threats. It is the notion of human security that has gained salience in this age of geo-economics.

Human security is a very comprehensive term that includes personal, economic, political, community, and environmental security. The concept is people centered and securitizes people’s welfare instead of external threats only. The role of economy in case of human security assumes even greater salience than the traditional military threats centered notion of national security. Our public policies should reflect this change and for the change to actually materialize we need a drastic reorientation of our national priorities. Now how to reorient our foreign and defence policies to reduce our external threats in order to focus more on human security threats?

The country first of all needs to reassess its defence policy. If the reliance is to be kept on nuclear deterrence for national defence the maintenance of very large conventional forces act against that objective. The credibility and effectiveness of our nuclear deterrence through a triad of nuclear delivery means should spare our conventional defence forces to save the national resources for expenditure elsewhere. Through cost cutting on lesser conventional component we could in fact have better trained and technologically equipped armed forces instead of a vast multitude of infantry heavy, low tech military. We should logically reap the dividends of a nuclear deterrence in terms of costs saved. It makes no sense for a cash strapped economy in perpetual balance of payments crisis spending equally profligate amounts on nuclear as well as conventional defence.

A national security review by a balanced mix of civil and military experts led by the Prime Minister’s office should carry out an appraisal of our defence needs and security response with focus on retaining an optimal balance between our nuclear and conventional components. Our diplomacy should break new frontiers instead of remaining mired in the age old rut of confrontational politics. Unfortunately in this we would be up against an obdurate and visionless Indian leadership and an opportunist super power. The deft diplomacy should offer both the detractors such attractive stakes that force both to view Pakistan as an opportunity rather than a challenge. In that CPEC can act as an inclusive strand of an extra regional economic alliance including India, US, and Gulf states besides roping in Central Asian Regional Economic Cooperation forum.

After getting above fundamentals right our economic managers should focus on an internationally linked yet indigenous, home spun, and nationalistic economic planning. Instead of relying on IMF experts that specialize in administering nostrums to sick economies like Egypt Pakistan specific solutions should be found by coopting local economic wisdom, of which there is an abundance here. One size fits all IMF prescription that squeezes poor to subsidize the rich, devalues currency with no visible advantages to exporters, taxes the business community beyond its capacity, hurts agriculture through removal of subsidies, and fuels inflation through price hikes in gas and electricity prices is a sure recipe of failure for Pakistan as in the past. With disposable incomes down by 40 per cent and a rampant inflation riding the bandwagon of Bretton woods wisdom, a frustrated population gasping for breath, is hardly an inspiring sight for national economic revival.

A time has come to link our economic and security sinews together through meaningful reforms and not just window dressing. Unrealistic tax target setting before winning the trust of the population and business community is a self -defeating exercise. The government should motivate people before clamping down on tax evaders in an environment where the ease of doing business is not a mere statistic but a facilitative reality of a new economic environment.

Note: This article appeared in Daily Times, dated 01 July 2019.
Disclaimer: The views expressed in the article are of the author and do not necessarily represent Institute’s policy. 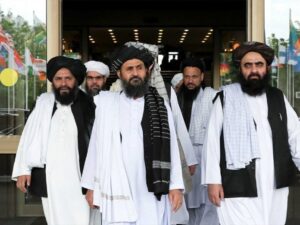 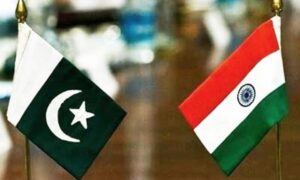