Soon after the end of World War II, the world witnessed bipolar system, i.e., the US and the former USSR. The tug of war between two super powers was so intense that the developing states started aligning themselves either with the US, i.e., NATO bloc or the former USSR, i.e., WARSAW bloc. South Asia was no exception to this bipolar system and was victim of proxy wars led by the then two super powers. But soon after the end of Cold War, the world witnessed the unipolar system and the US stood the sole super power-cum-hegemon. Though there were many promises made after the Cold War in the shape of New World Order where democracy, fair play in international politics, human rights, rule of law, economic parity, and un-equal treatment of the states would be driving forces, but the world faced duplicity in approach of the single hegemon to different states in general and to South Asia in particular. In fact shift from bipolar to unipolar world order hardly changed anything in South Asia. What it brought was more confusion, ambiguity and volatility in the region. South Asia was, is and shall be victim of major power proxies due to new approach of India, which wants to be a regional hegemon at the expense of other states of the region. This Indian ambition is well utilized by the US. The US knows well Indian concerns of China and Pakistan’s concerns of India. And probably this is the reason that the US has been successful in maintaining its relevance in the South Asian security architecture.

South Asia is the region where proxies had been successful. There is general agreement in intelligentsia that the world is moving from unipolarity to multipolarity as the term “super power” is not something tangible, but an abstract term, and the world intelligentsia has already been talking for quite some time that the next super power is China. Russia is equally resurging coupled with much stronger EU than ever before. So, the power of the US is on relative decline, though it is slow but constant. The US’s failures in Iraq and Afghanistan are witness to this fact. Also the US had to start talks with Iran over its nuclear issue. The US has been still unable to do anything in Ukraine crisis and the traditional partners of the US, i.e., EU are getting frustrated. The US is no more a single economic power too and there is a talk that China would surpass US in next 20 years.

Keeping in view the above factors in mind, the first and the foremost challenge to the South Asian region is the disturbance in the strategic equilibrium. The US still maintains its position on being the spoiler in the security architecture of the region. The famous Indo-US strategic partnership and signing of the civil nuclear deal further created chaos and confusion in the region. The US’s new strategy of “Re-balancing Asia”, against China and India getting itself aligned, would not only affect the regional balance but also would create the neo-cold war between the US and China and the South Asia would be directly affected. At present India, being in favourable position is the real spoiler in the existing or any future security architecture of the region. The recent offensive tendencies of India might endanger the region with nuclear risks as Pakistan being in disadvantageous position would be compelled to opt for any alternative that might serve its national interests. Therefore, it is suggested that Pakistan should work on tactical nuclear weapons to match Indian supremacy in conventional defence. The other challenge would be the negative effects on Pakistan’s efforts against terrorism. The region suffers from the menace of extremism and terrorism and the duplicity of the major powers, i.e., US awarding India at the expense of entire region would hurt the efforts in countering this menace. 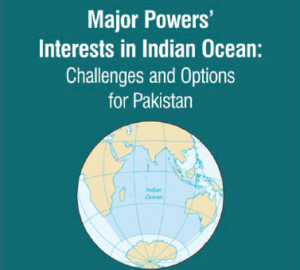 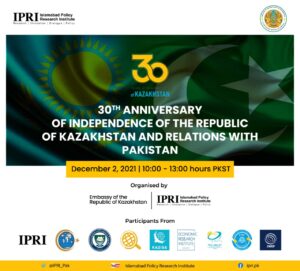 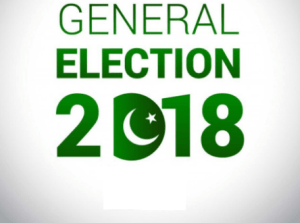