Having come to terms with the irrevocability of Indus Water Treaty (IWT), India is contemplating to launch its water wars through Afghanistan. Pranab Dhal Samanta in his recent article “Can Afghanistan offer ‘other Indus’ option to India against Pakistan?”, carried by the Economic Times on October 14, indicates Indian mindset over this option. However, as domino effect, these water wars may spread far beyond India’s liking.

About 65 percent of Pakistan’s geographical area is Indus basin dependent. Country has the world’s largest canal irrigation system, which accounts for more than 90% of its irrigated area. Its three biggest dams, and several smaller ones, are located here. These are sources for hydroelectricity, irrigation and drinking water for millions of Pakistanis.

Now, India is trying to rope in Afghanistan to build Baghlihar-like pseudo run-of-the river projects on its eastern rivers, mainly Kabul, Kunnar and Chitral. Pakistan does not have a water sharing agreement with Afghanistan. The rules governing flow of these rivers into Pakistan are internationally accepted principles. However, these days, Ashraf Ghani can do anything, anti-Pakistan to please for Modi, what to talk of flouting global norms—nasty embrace is quite tight, at least for the time being. However, India does not have the capacity to fund such projects to the extent of seriously hindering the water flow of these rivers into Pakistan. Requisite water reservoirs take a fortune to build.

India’s particular interest is in river Kabul. This river merges with Indus River, at Attock. Though average water flowing through river Kabul, 23 million acre feet, is only a small fraction of Pakistan’s net water resource, however, its availability is critical for our winter crops, as flow in pre Attock stream of Indus river falls sharply during this period. India is trying to convince Afghan water officials that India could replicate likes of Baglihar, Kishanganga and Tulbul navigation projects over River Kabul. Afghanistan is being persuaded to portray as if it desperately needs to tap irrigation and electricity potential of its eastern rivers.

While doing so, India is not revealing the facts that all three projects in Indian Occupied Kashmir have been declared illegal by international neutral umpires, arbitrators and International Court of Arbitration. Ruling in Kishanganga case has clearly defined what a run of river project means, gate level of such dams is to be determined in a way that no storage is permitted and gates of run of river dams cannot be opened on the plea of flushing out silt, as silt deposition is violation of run of river criteria.

India was trying to store water at Baglihar’s illegally constructed water storage reservoir.     As a result of retrospect application of this principle to Baglihar, this dam will get silted way within a decade. And water India was trying to divert from Kishanganga is poised to enter Pakistan from North of Mangla. So both these multibillion rupee dams will not be able to store water for India. India’s plans to build a barrage, Tulbul Navigation Project, on the Jhelum River at the mouth of Wullar Lake, alarmed Pakistan in 1984. Pakistan’s protests resulted in halting the project.

As the nature would have it, India has its own vulnerabilities with regard to the portion/tributary of Indus River flowing in from China. Prime Minister’s Advisor on Foreign Affairs Sartaj Aziz has rightly cautioned India that if it tried to interrupt water flowing into Pakistan’s rivers, it would not only violate the treaty but also set a regional state practice under which an international law could serve as precedence for others. “Such an Indian act may also provide China with a justification to consider suspension of water in India’s Brahmaputra River.” India has water sharing disputes with all its neighbours, prominent being with Bangladesh, Nepal and Bhutan.

China is moving ahead with blocking the Xiabuqu tributary of River Yarlung Zangbo — the Tibetan name for Brahmaputra to build $740 million Lalho hydropower project. River Brahmaputra flows down into bay of Bengal via India and Bangladesh. The Lalho reservoir is designed to store up to 295 million cubic meters of water and help irrigate 30,000 hectares of farmland in Xigaze, which usually suffers from severe drought. Indian media is reading too much into the Chinese move which came days after Modi considered plans to reconfigure IWT in the aftermath of India’s false flag operation on its Uri military base on September 18.  However, it would be naïve to construe that Chinese action is on Pakistan’s behest. It’s a long standing Chinese programme, initiated in 2014, and the timing of blocking the tributary is a mere coincidence. Besides, China’s 12th Five Year Plan reveals that three more such power projects will be built on the river.

Like Pakistan and Afghanistan, China and India also do not have a formal water treaty. However, as a good neighbourly gesture, Chinese authorities have maintained that they have taken into account India’s apprehension, and these dams are not designed to hold water. While India is not permitted to hold water on three Pakistani rivers, it plans all projects with that intent. This is where China and India stand pole apart when it comes to adherence to international law and principles of natural justice.

Modi is not a difficult enemy to understand, especially since he abandoned Michavilian hugs and bared his teeth. Modi’s actions towards Pakistan resemble a frog trying to climb out of a pond; for every two steps, it falls back one step. He threatens to launch a war but retreats to a diplomatic assault, he postures to withdraw from the IWT, but orders to erode it tond make the water sharing irrelevant.

IWT is based on the principle of division of rivers, with exclusive rights, and not sharing of water between riparians. Treaty was specially designed on this principle; water sharing was not made the principle for functioning of treaty out of the fear that due to irreconcilable mutual mistrust, India and Pakistan would keep quarrelling on water sharing. However, wherever sharing was unavoidable, it was quantified.  Legally speaking, India can only interfere with the flow of the western rivers for domestic use, non-consumptive use, such as navigating for flood control and fishing, agricultural use and hydroelectric power generation. For these purposes India has been permitted to construct storage of water on western rivers up to 3.6 MAF for various purposes. Likewise India is required to release predetermined quantity of water in three eastern rivers for environmental sustenance, domestic use and preservation of biodiversity.

A day after Modi sat down with his senior aides to consider the possibility of reconfiguring the Indus Waters Treaty, Islamabad warned that such a move would be construed as an ‘act of war’. In retaliation to Uri attacks, India has upped the ante by giving the go-ahead to nine run of-the-river projects on Pakistani rivers, including three that had been put on hold due to objections raised by Pakistan under the IWT provisions. Pakistan has already approached the World Bank to seek arbitration on disputes with India on Kishanganga and Ratle projects, as their designs violate the treaty. Pakistan formally requested India on 19 August 2016 for settlement of these outstanding disputes by referring the matters to the Court of Arbitration as provided in Article IX of the IWT. On September 27, a Pakistan government delegation met with senior officials of the World Bank at its headquarters to discuss these matters. The World Bank committed itself to timely fulfilling its obligations under the treaty while remaining neutral.

India is unnecessarily embroiling itself into water wars which will come back to haunt it. Pakistan’s rights are well protected by the IWT, while India stands vulnerable to actions by those neighbours with whom it does not have water sharing treaties. 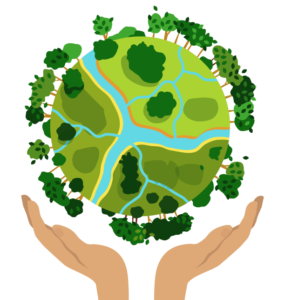 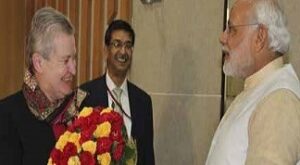