Looking at Pakistan’s short political history, whether, it was martial law or civilian government, the country has continued to march forward, while brushing aside adversarial elements and surviving through external aggression. The critics have always been apprehensive about Pakistan Armed Forces, apparently, military’s role in politics is being judged. Pakistan had been intermittently governed by the military. Whether under a military rule Pakistan had been more stable and progressive or under a civilian setup is a most point. During General Ayub’s era, the country made remarkable economic progress and internationally was also admired. The military’s performance in the battle field is often being disregarded by some particularly, the so called secular and liberal minds. The fact of the matter is that the 1965 India-Pakistan war, the 1971 India sponsored insurgency in former East Pakistan, and lately the war on terror, are a proof of military’s resilience. The military has risen to the occasions, has fought back the adversary, and most importantly has remained compact.

The military has been a significant player in Pakistan’s history. But, this does not imply that military is a villain, and has impeded the country’s path towards democracy. Unfortunately, the political culture in Pakistan has been dominated by dynastic politics. The electoral victory of Prime Minister Imran Khan is a new and progressive trend. The people have voted for honesty, and the evils of corruption and nepotism have been ardently rejected. This is a giant leap forward towards merit oriented political culture. This trend has also brushed aside the concerns of so called liberals who are adamant to view Pakistan from a radical lens. The impression that the civil and military leadership are not on the same page, and military while remaining in the background is controlling the political setup is a falsification of reality. Such distortions are, in fact, tactics employed by the opponents to mislead the world opinion. The Pakistan military has invariably been a source of strength and pride for its people be it war (or peace times). The Army stands as a whole a disciplined force made up of individuals who can look beyond any ethnicity, faith, sect or origin. The army has a truly national outlook based on Regimental spirit. An educated, hardened and patriotic Islamic army with both conventional and unconventional abilities is definitely a sore in the eyes of many evil forces who are desperately finding ways to break this force. The Pakistan Army is much grudged by its enemies and its ill-wishers; trying to malign it unsuccessfully. The spirit of sacrifice of the army and their families is a pain in amazement the hearts of its adversaries. The fact remains that a strong Army is a bulwark against all kinds of threats to the country, integrity, and provides a welcome sense of security and well-being. Let it be known that the Pakistani nation firmly stands behind its Army who are its best protection of democratic norms.

Pakistan has survived through hard times, has encountered militancy in a holistic way, and has emerged as a very resilient nation. The military has proved its mettle in dismantling terrorist and anti-state elements. The country’s economy has been a victim of regional political environment, plagued by inter-state hostility and extremism. Pakistan’s nuclear deterrence is a source of strategic stability in the region. The desperate Indian attempts to demonize and turn the world opinion against Pakistan have failed miserably.

2018 ends, what are the lessons learnt and what practices should lead our way. On the domestic front, Pakistan continues its battle against militancy, the democratically elected government led by Prime Minister Imran has taken a bold stance to root out corruption, and efforts are being undertaken to improve the education and socio-economic sectors. Pakistan’s membership in Shanghai Cooperation Organization (SCO), Pakistan-Russia ties and the China-Pakistan Economic Corridor (CPEC) are a testament to the country’s regional standing. Pakistan supports the regional peace efforts in resolving the Afghan imbroglio. Prime Minister Imran visit to Malaysia was a step in promoting ties with Southeast Asian states.

To conclude, the democratic institutions in Pakistan may be lacking in experience, but with a government led by an honest leader, a political will and its Armed Forces fully supporting the process of democratic continuity, the weaknesses will be addressed. The need is to bravely correct our weaknesses and further reinforce our strengths boldly within the resources available. 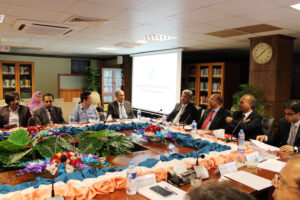 Challenge of a Two Front War with India 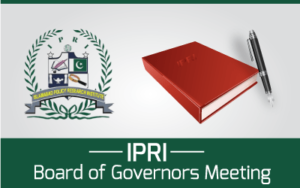