Decades ago, I had read somewhere that “Kashmir is that beautiful poetry of God which he wrote while experiencing together the highest form of happiness and deepest sorrow.” This made me to visit Kashmir for several times in past. My last visit to Kashmir along Line of Control (LoC) was in 2016. I basked in its clouds, travelled on its serpentine roads, roamed around its endless white valleys, took pictures of its snow laden pine trees and sit for hours with feet dipped in its cascading streams of frigid water. I had never listened to the music as magical as the music of running stream between icy rocks of this place. It made me realized that this land is perhaps more striking than paradise itself. Centuries ago, Emperor Jahangir was not wrong in saying that “Gar firdaus bar-rue zamin ast, hamin asto, hamin asto, hamin ast…” (If there’s a heaven on earth, it’s here, it’s here, it’s here…).

Though I knew the history of Kashmir Dispute since my childhood. However, I came to know more about the rain of terror and blood on this beautiful land last year when I was assigned a team task to prepare a fact-book on Kashmir Dispute. After going through history of bloodshed, treachery and United Nations Security Council (UNSC)) Resolutions, I realized that its people have not seen the dawn of hope since the Indian occupation. Their children have only seen guns not toys. Their women have faced harassment for endless times. The only hope left for them was their identity, their separate identity.

Unfortunately, it has also taken by Indian government in August 2019 when it ended the special status of Jammu and Kashmir (J&K) by scrapping Article 370 of its Constitution. Although there are several states in India with special status, apart from J&K, but Indian hyper Hindu nationalism has a problem with only this state.  Incorporated in the Indian Constitution in 1954, Article 370 gave special status and rights to the people of J&K. It also defined the ‘permanent residents of the state’. It not only gave the people of J&K “special rights and privileges regarding employment with the state government, acquisition of property in the state, settling in the state” but also accepted these fundamental rights of the people of J&K. People from any other state were not entitled to buy property in J&K.

The development triggered an emergency environment in India. Tensions mounted as India deployed extra paramilitary troops in Jammu and Kashmir (J&K). Such a quick re-location of security forces was a rare occurrence. According to some Kashmiris, opinion, Modi wanted to abrogate the constitutional provision of Article 35A and 370 to enable Indians to buy land and settle down in the disputed territory of Kashmir. J&K had an autonomous status under Article 370.

Kashmir has been a source of conflict between Pakistan and India for many decades. It is the most difficult of all the problems between the two states. Kashmir is a disputed territory according to the UNSC Resolutions and both Pakistan and India cannot change the status of Kashmir. It is not only a geographic region or a border dispute between Pakistan and India, but according to the former Indian prime minister, Jawaharlal Nehru, in Lok Sabha on March 31, 1955, “It has a soul of its own; it has an individuality of its own. Nothing can be done without the goodwill of the people of Kashmir.”

I can imagine what happens to people who live under a military occupation for decades, how do they feel when seven decades of constitutional guarantees are undone in five short years? All the tactics used by India in past and present are part of a coercive strategy to squeeze Kashmiris. India used prohibited cluster bombs along the LOC, targeting innocent population, which is a violation of the Geneva Convention and International Humanitarian Law. I do not know for how long the Kashmiris will live in dilemma, in confusion and in conflict. India’s cancellation of Kashmir’s special status will have consequences; it will give impetus to Kashmiris’ freedom movement. India’s oppressive attempts now stand completely exposed as even the Indian media is accepting that local Kashmiris are up against India.

India’s cancellation of Kashmir’s special status is having consequences; it is giving impetus to Kashmiris’ freedom movement. Consequently, it will galvanize a new generation of Kashmiris to deal with the fascist India. India must realize that the solution to the J&K problems do not lie in such aggressive tactics.

While rest of the world discusses COVID vaccines, economic corridors, climate change, food security etc., the Kashmiri people continue to face the arrogance, humiliation, injustice and torture. Kashmiris, in their own land, have been facing obituaries. Only the characters and places change, the stories are always the same, full of misery and tears in every Kashmiri family, caused by the ongoing conflict between India and Pakistan, and recent constitutional changes in Kashmir by Indian government.

Kashmiris have lived all these troubled decades as they are the Children of a lesser God. No, they are not. They are still well and alive to witness this suppression. They are ready to fight for their freedom. It is not about territory; it is about humanity. Kashmiris deserve fundamental rights, most importantly the right to life and choose. They are looking for a silver line in the skies above. Let’s support their efforts and be their voices in their freedom struggle.

Note: This article appeared in Eurasia Review, dated 04 February 2021.
Disclaimer: The views expressed in the article are of the author and do not necessarily represent Institute’s policy. 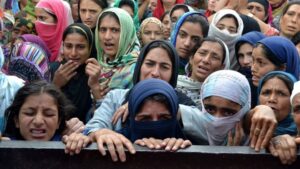 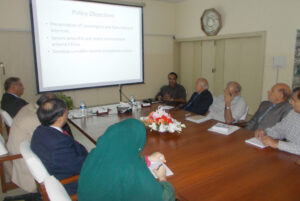 Management of Relations by China with India and Japan: Policy Lessons for Pakistan by Mr. Fazal-ur-Rahman