It seems that propaganda against Pakistan has become pastime activity of some intellectuals in the West who know very little about the actual conditions in Pakistan. They keep alleging Pakistan as a part of the problem. A few days back an Indian national named Kulbhushan Yadav alias Hussein Mubarak Patel was captured in Balochistan, a province in Pakistan of great significance where international actors have indulged in anti-Pakistan activities for quite some time. He is a serving officer in the Indian Navy and deputed to the Indian intelligence agency Research and Analysis Wing (RAW). It is pertinent to mention here that Ajit Doval, India’s National Security Advisor (NSA), had once lectured the Indian students about how to get Pakistan destabilized, which is even available on the youtube. But the international media, capitals and pseudo-intellectuals remained silent.

Indian agency RAW is quite busy in covert operations inside Pakistan having its sleeper cells as many other RAW agents have also been apprehended by Pakistan in Karachi and other parts of the country. Yadav was busy in financing the terrorist activities in Pakistan, especially, at Makran where Chinese engineers are working on the China-Pakistan Economic Corridor (CPEC). Since Yadav has a naval background, his activities to sabotage Gwadar port seemed meaningful to the RAW to station some one like him with such background. Only a man with experience in the Seas could do this type of job at Gwadar. He also funded the Baloch rebels who have been engaged in sabotage activities in Balochistan.

Now before going into the details about ex-German envoy to Pakistan Dr. Gunter Mulack’s illogical and fabricated revelations about Yadav being handed over by the Taliban to Pakistan, it is necessary to mention here some facts by the Indian media and statements of the Indian officials about the Yadav drama. Indian Defence Minister Manohar Parrikar in one of the press conferences said: “We do agree, to the extent I know, that he is an Indian citizen and we have asked for consular access.” As per Dawn reporting: “Times of India quoted a former Assistant Commissioner of police in Mumbai, Subhas Yadav, that the picture on the passport seized by Pakistan was that of his nephew Kulbhushan Yadav.” India is not denying that the person arrested is not an Indian national, or that he had obtained a passport from the Indian government in another name than his own. Mulack’s ill informed revelations might be of some interest to his Indian friends.

Dr. Mulack came up with an argument that “The person who is being presented as an Indian spy was actually apprehended by the Taliban years ago, and is now sold off to Islamabad…” He was speaking at an event on “Crisis in the Middle East: A German Perspective”, organized by Pakistan Institute of International Affairs (PIIA), a Karachi-based think tank. The question arises as to how and through whom he came to know that Indian RAW agent Yadav was handed over to Pakistan by the Taliban?

The most worrisome part is that Mulack is a Ph.D and a former Ambassador and a man of his credentials was trying to create confusion in an issue about which he has little knowledge. He probably forgets that the Taliban are neither active in Iran nor the Afghan Taliban have claimed that they handed over Yadav to Pakistan. The German diplomat seems to buy the Indian narrative to complicate the matter. Literature available on the nature of the problems between Pakistan and India, written either by Indians or some Westerners, tend to portray Pakistan as a part of the problem. The West has long been impressed with an overrated version of India’s actual size and potential. The arrest of Yadav should have prompted the international community to ask India to stop such illegal and immoral activities inside Pakistan.

The statements of such nature by former German diplomat would not serve in resolving the issues between the two South Asian nuclear powers, i.e. Pakistan and India. This region is termed a nuclear flash point by the same Western scholars. The primary job of any diplomat has been and must be to create an environment where issues could be resolved amicably and not by flaring them up or by casting doubts on such issues. While commenting on CPEC, Mr. Mulack also went on to say that China would not bring paradise to Pakistan. What makes him utter such negative comments on the project of great significance for Pakistan and the region speaks volumes of his malicious attitude towards Pakistan. In fact, India does not seem happy over the CPEC so its friends feel duty bound to oppose the project. The connection between Yadav’s arrest and Mulack’s prophesies becomes obvious here. 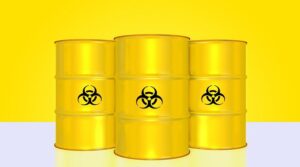