The Marshall – Lerner condition shows that the devaluation of the exchange rate should improve the trade balance if the elasticity of export demand and import demand are greater than one.

In recent years, the prices of raw materials such as oil and metals have increased considerably. This has made some manufacturers in emerging economies reduce their export volumes in an attempt to align their costs with new market conditions. However, these responses are not the same across different countries.

Instead, they vary according to the inflationary environment in each economy. Some countries may simply choose not to export at a time when others are taking advantage of the demand shock which accompanies appreciation of currencies relative to their real value.

It suggested that a ‘formulaic’ expectation might not apply to all exporters since they react differently depending on whether they are located at home or abroad.

Even though there is a clear policy objective of increasing the size and role of exports, Pakistan’s share in world exports has been declining since 2000s. This decline reflects a number of features, including a substantial increase in international competition, rapid innovation and cheap labour costs affecting prices on world markets, and insufficient production capacity to meet demand.

However, despite all these challenges, exporters in the country do not seem to have suffered much during these years. This is probably due to weak competition (on an aggregate level) and investment constraints that come with providing complementary services to exporters alone.

The results for Pakistan are generally similar to those for the other countries. The Real Exchange Rate (RER) is a function of general economic conditions, inflation and exchange rates, and fiscal or monetary policy. If export demand is strong then the RER will depreciate, increasing exports and reducing imports; however if it is weak then the RER will appreciate, increasing imports and reducing exports.

The extent to which a country’s export growth is pro-cyclical, finding that the impact of RER movements on export growth is asymmetric. There no evidence that RERs have had a large role in boosting export growth elsewhere. However, the exporters in Pakistan are more likely to be affected by depreciations than by appreciations—a pattern that does not fit with standard theories about competition for global buyers.

Finally this also suggest that large RER movements may open up trading opportunities for exporters who face significant costs because of price to market behavior from global buyers, but do not necessarily help them overcome information costs or supply constraints.

In the absence of pricing-to-market and mark-ups, Pakistani exports would have grown by an additional US$150 million and added 0.6 percent in total exports. There is another conventional wisdom assertion that US dollar prices systematically fall for Pakistan’s exporters relative to others when the domestic currency depreciates.

Note: This article appeared in Economy.pk, dated 29 August 2022.
Disclaimer: The views expressed in the article are of the author and do not necessarily represent Institute’s policy. 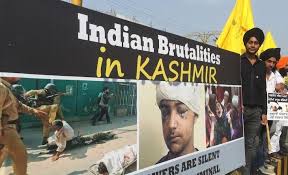