It was refreshing to see the youngest ever Nobel laureate Malala Yousafzai sharing the Peace Prize with Mr Kailash Satyarthi from India. Both advocate child rights. Malala stands for promotion of universal right of child education; and Satyarthi is for abolition of child labour—both are intricately linked–if all children go to school, they will automatically not be subjected to labour. Though both these issues are non-existent in developed countries; some of their policies are the triggers and drivers of these malaises in the developing countries. And socio-economic inequalities and cultural inhibitions omnipresent in most of the developing countries provide supporting and sustaining environment for depriving the children of these two wonderful rights.

The Nobel committee said that it was important that a Muslim and a Hindu, a Pakistani and an Indian, had joined in what it called a common struggle for education and against extremism. Co-recipients of the award belonged to different generations and to two neighbouring countries sternly hostile to each other. Pairing of Malala and Satyarthi had the symbolic value—linking their countries for peace prize despite having unenviable peace record between them.

After the nomination, Malala had wished if the prime ministers of Pakistan and India could attend the ceremony in Oslo. Both leaders had other schedules; yet Malala expressed optimism for her region. “I am… glad that we can stand together and show the world that an Indian and a Pakistani can be united in peace and together work for children’s rights,” she said.

Malala vowed to struggle for every child’s right to go to school, “I will continue this fight until I see every child in school.” Satyarthi, 60, was recognized by the Nobel committee for his 35-year battle to free children from virtual slave labour. Satyarthi’s organization Bachpan Bachao Andolan (Movement to Save Childhood) is credited with liberating more than 80,000 children from bonded labour in factories and workshops across India and has networks of activists in more than 100 countries. According to the International Labour Organization (ILO), there are about 168 million child labourers around the world. Pakistan, too, has a large number of children exposed to laborious assignments.

Nobel peace prize has a track record of being politically motivated—often throwing up controversies. However, 2014 award was the least controversial. This year’s award could help the Norwegian Nobel Committee repair its reputation, damaged by controversial peace awards in recent years to the European Union and President Obama.

Malala’s speech writers did a good job. Her eloquent speech at the acceptance ceremony was indeed a proud moment for this country. Her message was multi-faceted and soul piercing; while touching on global issues it remained well grounded in her local, national and religious moorings. She called not only for education but also for fairness and peace at large. “The so-called world of adults may understand it, but we children don’t. Why is it that countries which we call ‘strong’ are so powerful in creating wars but so weak in bringing peace? “Why is it that giving guns is so easy but giving books is so hard? Why is it that making tanks is so easy, but building schools is so difficult?” Underlying message was that a world that may soon be able to send a person to Mars still allows millions to suffer from “the very old problems of hunger, poverty, injustice and conflicts”, Malala said. “You might not know but there are so many girls who cannot go to school, there are so many boys who cannot go to school…They have never dreamed of any iPad, any PlayStation, any Xbox. The only thing that they dream of is a school, is a book and is a pen.”

Satyarthi’s discourse was equally impressive. “I’ve lost two of my colleagues…Carrying the dead body of a colleague who is fighting for the protection of children is something I’ll never forget, even as I sit here to receive the Nobel Peace Prize.” He called for more resources for educating children around the world. “I refuse to accept that the world is so poor, when just one week of global military expenditure is enough to bring all of our children into classrooms,” he said. “I refuse to accept that the shackles of slavery can ever be… stronger than the quest for freedom.”

Malala said right to education was held back by people who were “indoctrinated but not educated”. All the gestures made by Malala were befitting; shegenerously shared her moment of glory with other young women from around the world. Those present were Shazia Ramzan and Kainat Riaz from Swat, both injured in the attack on Malala; Kainat Soomro, a teenaged rape victim from Sindh who has been bravely battling for justice, and Mezon Almellehan from Syria and Amina Yusuf from Nigeria.

Malala told the BBC ahead of receiving the award she hopes to pursue a career in politics. “If I can serve my country best through politics and through becoming a prime minister then I would definitely choose that,” She said. “Now this peace prize is very important for me and it has really given me more hope, more courage, and I feel stronger than before because I see many people are with me.” Hopefully, one day she will be able to safely return to Pakistan and undertake this mission. There is a need to acknowledge her achievement without inhibition; and look ahead to a day when every girl in Pakistan is able to attend school, acquire education be an equal citizen in society.As Pakistan’s second winner of the Nobel Prize she deserves support from everyone in the country as well as recognition as a patriot, fighting for the welfare of the people of the country— particularly girls.

Transcending from wishful to realist framework, it will be naive to assume that this event could trigger even a cosmetic improvement in India-Pakistan relations; these are beset by serious issues which cannot be wished away by mere cosmetics.  On top of the list is Kashmir dispute.

While government of Prime Minster Narendra Modi is busy in all sorts of maneuvers to install a BJP led government in the IHK, Pakistan has one again welcomed the statement by M. Ban Ki-moon, offering his good offices, to assist in resolving the long outstanding issue of Jammu and Kashmir. The Secretary General’s statement regarding the need to associate the people of Jammu and Kashmir in the process, while respecting their rights, rekindles the hope, yet once again.

Pakistan firmly believes that the final disposition of the Jammu and Kashmir issue should be in accordance with the will of the Kashmiri people, to be determined through a free and impartial plebiscite under the UN auspices, as enshrined in relevant Security Council Resolutions. Pakistan remains committed to a sustained, unconditional and result-oriented dialogue with India, to discuss all outstanding issues, including the core issue of Jammu and Kashmir. Will India reciprocate, or choose to remain on the wrong side of the history? 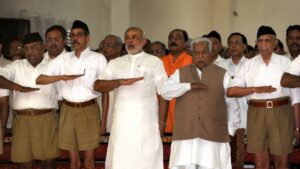