Pakistan in need of an extraordinary solution!

The answer lies in erecting a system that is responsive and judicious, empowering the masses

Pakistan, like any other country, has its own set of problems. But the biggest dichotomy, perhaps, is that there is no recourse to addressing grievances in real time. The nation sizzles under a paradox of hypocrisy, and the system in vogue is flawed, reckless and callous. This inhumane approach is owing to a dual-tier structure that we erected out of our miscalculated conscience; in fact, a crime towards the enterprising nation-state. Parallel tiers of law, education, health and social edifice have bred parochialism, and badly undermined nationalism.

In the seven decades of trial and tribulation, we could neither usher in democracy, which is in any way alien to us, nor could we erect any alternate system by borrowing it from history in any capacity. The nation-state that Mr Muhammad Ali Jinnah carved out of his selfless struggle and acumen sooner than later was rendered as a crowd languishing in a geography not sure of its vitality — and lacking goals in national life. This has been our biggest enigma, and one that keeps us shattered and undisciplined to the core.

This is not meant to remorse or taunt our nationhood, but to recollect in true spirit where we went wrong and, moreover, how could the house be put in order. Today, we are at the brink and the quasi-democratic cum-quasi authoritarian system — that we experimented with — is in tatters. People are disenfranchised, and rightly so!

The economic veins are debt-burdened, and our national treasures have been looted at impunity. We are in an international debt of around $120 billion (to be precise), and at the verge of a complacent default. We are still afloat because centrifugal forces do not want us to exhaust and become a new liability for them (period)!

Interestingly, the looted money stashed in foreign accounts is to the tune of more than $200 billion (an estimate pronounced on the floor of the National Assembly, and yet to be expunged). Likewise, there are contested properties, bought from dirty money, worth trillions of rupees that are in instant need of being auctioned and the returns deposit in coffers. But who will do it? We are all in it, alas!

While the country is rich in mineral reserves with an agrarian economy, we are still out with a begging bowl, and in pursuit of food imports. Pakistan per acre yield is least in the region, especially compared to China and India, and plans to mechanize the sector are contested head-on. This is apparently due to the clout of feudalism that survives to this day in the corridors of power. East Pakistan got rid of it in the 1950s, and Bangladesh today is an Asian Tiger.

We are, likewise, the only nuclear state that does not have an industrial base, and deep down in problems in overcoming our energy constraints. We managed to build a fewer number of dams, despite sitting on the banks of Indus, and thus wasted the precious commodity down the Arabian Sea. Iran after the 1979 Revolution had built hundreds of dams, and so is the case with many other lower riparian states. But we preferred slumber and ignorance.

Pakistan today is in a struggle for survival. Its political canvas is corrupt, the security establishment on the edges, and the judiciary highly compromised. The country is in need of a new social contract, as the ultra-amended 1973 Constitution has lost its appeal.

The prevailing disgust and marginalization is owing to our failure in judicious distribution of resources, suppressing freedom of thought and refusing to recognize the verdict of the masses. The ballot syndrome at work is a mockery, and the sooner it is made into a proactive proportional representation system, the better.

What is the way out? How can we rise as a nation-state to make a mark? The simple answer lies in erecting a system that is responsive and judicious, empowering the masses by overriding the inherent mafias in our midst and ensuring rule of law. Trumpeting the cards of ideology and religion have served no purpose. Pakistan needs wise leadership. Will someone stand tall to get noticed? Extraordinary situations demand extraordinary attempts. Pakistan cannot be left high and dry, anymore.

Note: This article appeared in Tribune, dated 09 July 2022.
Disclaimer: The views expressed in the article are of the author and do not necessarily represent Institute’s policy. 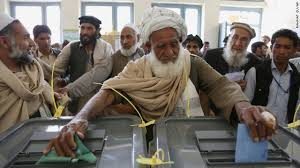 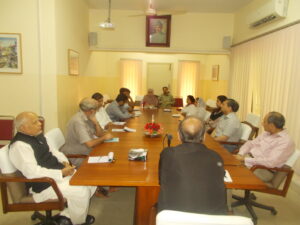 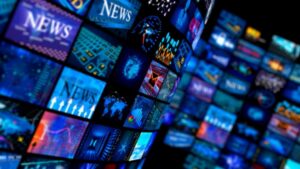 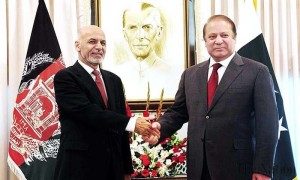