Among numerous downward spirals in diplomatic relations,cross-border strikes between India and Pakistan, there is also an imminent threat of a water war. Time and again, India has threatened to letting “not even a single drop of water to reach Pakistan.” For instance, Prime Minister of India Narendra Modi stated after Uri attack in 2016 that “blood and water can’t flow together”. While some have also called for abrogation of Indus Waters Treaty (IWT) which is responsible for agreed distribution of Indus waters between India and Pakistan, there are many who attributed Indo-Pak hydro-diplomacy and cooperation as the requirements of time.

Taking of cooperation and moving forward, some recent developments including cease-fire agreement along the Line of Control (LoC) in Kashmir and no violation since then; Prime Minister of Pakistan Imran Khan and Chief of Army Staff Gen Qamar Javed Bajwa offering an olive branch to India at Islamabad Security Dialogue; and talks of Indus waters in New Delhi are welcome developments for IWT implementation in its letter and spirit.

The 116th meeting of the Permanent Commission on Indus Waters held on March 23-24, 2021 in New Delhi, India. The Provisions of IWT require the water commissioners of India and Pakistan to meet at least once a year alternatively in Pakistan and India in order to discuss issues pertaining to the observance of IWT and exchange flood-related data from time to time. In the last meeting; as briefed by the Pakistan’s Foreign Office spokesperson Zahid Hafeez Chaudhry, issues under IWT and Pakistan’s objections on the designs of 1,000MW Pakal Dul and 48MW Lower Kalnai Hydroelectric Plants [at the Chenab Basin], and “supply of information on new Indian projects on the western rivers and supply of flood data by India,” were discussed.

“It was a good but difficult meeting. But, finally, we succeeded in making headway by raising/reiterating our objections to the design of Pakal Dul and Lower Kalnai hydropower projects,” said Pakistan’s Commissioner for Indus Waters Syed Mohammad Mehr Ali Shah, who headed the eight-member delegation for the meeting. “And finally, they [the Indian side] provided some information, in writing, duly signed and stamped by them regarding the design of the aforementioned two projects. We may seek more information regarding the design [if required] as our engineering experts will examine the information provided to us,” he added.

Indian Ministry of External Affairs has also assured the delegation that the required information shall be provided under the provisions of IWT; commissioners will keep on meeting in such cordial atmosphere on mutually convenient dates; and Indian India inspection of Kotri barrage over the Indus under Article VIII (4) (c) of the IWT would take place this year. “We have asked them [Indians] to schedule their tour programme for Pakistan in this regard. Similarly, they also asked us to schedule visit to inspect Kishan Ganga project. We kept reminding Indian side to resolve the issues [changing designs of the controversial projects] under Article-9 of the treaty,” Mehr Ali Shah said.

It is important to mention here that India needs IWT intact more than Pakistan because it also engages with China over water issues. China is an upstream riparian to both India and Pakistan. For instance, Sutlej and Indus rivers originate in Tibet and are located in Chinese territory coupled with 35-40 per cent of water into Indus Basin comes from meltwater from the Tibetan plateau. Moreover, India does not have any water agreement with China except a data sharing agreement. Plus, Pakistan is not China’s ‘all weather friend’ but their economic proximity is augmenting with each passing day as well. So, walking away from IWT harms India more than Pakistan as it will not only disturb is regional and global standing but may also affect its bilateral agreements with Nepal and Bangladesh as well. Therefore, it can be argued here that both India and Pakistan are on the right track now.

Hydro-diplomacy has potential to take Indo-Pak relations into positive direction. In fact, resumption of dialogue after Indian August 5, 2019 move is a key achievement. Though expectations are not very high as Kashmiris are less likely to accept India’s fait accompli in Jammu & Kashmir (J&K). Keeping J&K in mind, however, it is time for India and Pakistan to “bury the past and move forward“. The dialogue must prove a starting point to discuss tougher issues while keeping hawks and war mongers at bay.

Note: This article appeared in Eurasia, dated 05 April 2021.
Disclaimer: The views expressed in the article are of the author and do not necessarily represent Institute’s policy. 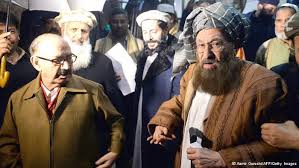 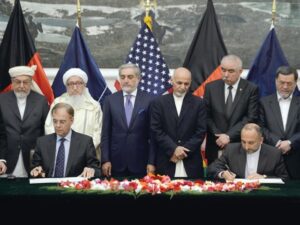