President Trump made a splashy debut on the world stage with the commencement of his nine-day, multi-country tour last week. The diplomatic maneuvering started off with the astounding reception in Saudi Arabia with renewed aspirations for bilateral relations. While the gestures and words spoke of the highly conventional US Middle East policy, giving impressions of regular practice with utmost focus on cooperation with regional allies against terrorism alongside the maintenance of a particular kind of influence in the region. The presence of President Trump at the Riyadh Summit and the signing of a joint ‘strategic vision’ that includes US$110 billion in American arms sales and other new investments hints of the start of a new era of ‘spirited partnership’ between the US and Saudi Arabia, which was missing for quite some time in the recent past.

A simple comparison of President Trump’s deliberations at the summit with those of his predecessors sounds very familiar. President Trump’s strategic concept of renewed partnership with traditional allies alongside the shift from radical campaign rhetoric to a traditional set of policies could be viewed through the lens of the international relations theoretical debates about structure and agency. Seeing the drastically changing circumstances, it won’t be wrong to say that Mr. Trump, just like President George W. Bush and Barack Obama toed the same line, followed the core and structural logic of America’s role in Middle Eastern politics. But this time, the terms of concession for bargain slightly varied.

During the previous administrations and that of President Obama specifically, the focus had been on aligning the Middle Eastern politics with the American interests and values. Inducements then offered primarily include pressure tactics, arms sales, rhetorical mainstreaming and democratization through diplomatic pursuits. And as a result of it, we saw a milestone of Iranian nuclear deal being achieved. Mr. Trump offered a little more by keeping in view the preferences of the Arab world; he aimed to secure a sum of political and financial support. Somehow, he managed to stand out successful despite the banning of the Muslims in the US from key Middle Eastern countries and his cynical hatred against Islam. As President Trump regards the trip to be tremendous with lots of scope for investment, creation of jobs and greater role for Saudi military in security operations, we also heard from Secretary of State, Rex Tillerson, realistically stating the pursuance of same objectives to be the basic element of trust between the two nations.

During the address, President Trump demanded from all countries to deny terrorist havens, block their funding and combat such extremist ideologies and tendencies from their societies. The agreements signed under the prospective heading of counter-terrorism cooperation include the US letter of intent to ‘support Saudia Arabia’s defence need’ with sales of items such as naval ships, tanks, defence system and other similar structures. However, it is noted that nothing has been said on intelligence cooperation which is one of the key aspects of counter-terrorism. More so, seeing the regional dynamics and patterns of conflict in Middle East, there hasn’t been a discussion on sorting out a single definition of terrorism, while it being the most diverging aspect among stakeholders specifically the US and Saudia Arabia.

On the dimensions of regional stability, the summit was least to no helpful. Knowing the regional extremities and faultlines, the summit did communicate messages of severity whereby states and legit actors, which are key regional stakeholders, were blamed of interference and interests in forced regime change alongside their involvement in terrorism. The statements made during the Summit clearly insinuate that differences between key regional stakeholders such as Saudi Arabia and Iran are going to widen in foreseeable future. In such a scenario, the confrontation could aggravate as states might continue the policies of de-hyphenation and isolation, making the situation highly complex and complicated.

Analyzing the inter-regional bargain on one hand and existence of Middle Eastern stability on the other hand, put forward many questions on the purpose and drive of the Summit. Will President Trump’s strategy of preemptive concessions and open embrace of Arab world would produce better result than previous regimes? Will this strategic cooperation between the US and Saudi Arabia can really upend the terrorism wave in Middle East to bring stability? If yes, can regional stability be really sustained in the presence of grave intra-regional differences? And the answers to these questions exist.

Given the United States and current global order desire to see peace in the region and world overall, it is the basically the diverging interests and strategic preferences of regional stakeholders and major powers at work, not letting peace to occur. Over the cases of Syria, Iraq, Yemen and Arab Spring overall, major stakeholders and their opinions have always differed. And with the presence of non-state and violent actors, the situation has further complicated. The peace in the region can certainly not be sustained even if the states collude together to spend billions on weapons (not enough to uproot an ideology or ideologue) but not on creation of structures that could ensure fair and standard living, justice and harmony.

Article originally published in Pakistan Observer on May 28, 2017. 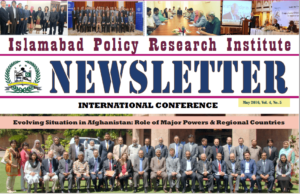 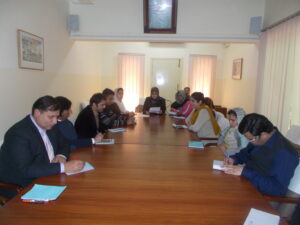 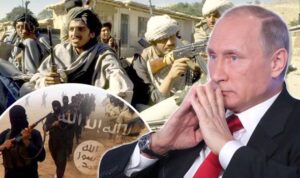