AMID heightened tensions between Pakistan and India, Pakistan is now ready to host the 19th SAARC Summit in Islamabad, scheduled in November 2016. It is observed that the acrimony in Pakistan-India relations had been dominating the ambitions of regional cooperation and integration. The ministerial conferences that have occurred prior to Summit, signaled messages loaded with dismay and grievances from both sides. Arun Jaitley’s absence and Rajnath Singh’s hasty repudiation amid meeting have been the contours of recent engagements.

With the new elected governments in India and Pakistan, it was hoped that process of negotiation would resume and help both states in resolving their chronic issues however it did not turn out to be so. Mostly, propaganda takes center-stage displacing diplomacy to sideline, interrupting the resumption of dialogue process, thus swelling the relations further. However, at the moment, it is the difference of definitions, connotations and mindsets coming in between.

SAARC is regional intergovernmental organization and has been playing the role of guiding force for its member countries. However, aspects of SAARC’s effectiveness in decision making and functionality are still debatable. SAARC prioritises collective self-reliance, accelerating economic growth and cultural development among member states in its objectives yet there are some equally important focus areas which need a mention, action and due consideration. For instance it demands from member countries to aim at ‘strengthening cooperation among themselves in int’l forums on matters of common interests.’

The functional and effective status of SAARC will remain a question until the issues between Pakistan and India are resolved. Indian atrocities in Kashmir, ceasefire violations and constant bombardment of terror allegation put forward a case of concern. These Indian concerns propagate Pakistan as a threat to regional stability which is not the case at all. Basically, India wishes to limit the dialogue process to counter-terrorism measures and Pakistan cannot keep aside Kashmir issue. Rajnath Singh while addressing Indian parliament described Pakistan as the biggest violator of human rights and stated that, despite the best efforts of successive governments in India, it hadn’t been possible to improve relations with Pakistan, because the western neighbor “never learns”. Well, protests are almost unstoppable in Indian Occupied Kashmir, it’s almost the fiftieth day and there are hundreds being blinded by the pellets fired by the Indian forces, where are the human rights now?

India has a consistent stance on Kashmir that declares the resistance movement in state as a manifestation of terrorism and any country or organisation that backs the movement is an abettor of terrorism. And as Kashmiris may be fighting for freedom from India but since they are challenging writ of the state, so they are terrorists. Pakistan consider Kashmir’s struggle movement as just and considers it a core issue to be resolved however, India has always refuted to any negotiation process that has Kashmir issue on agenda. Kashmiris freedom struggle is not the only case in point. Prior, India proof less, named Pakistan for its involvement in Pathankot case. Pakistan assured complete cooperation but was denied access to attack sites for evidence collection and investigation. Later, Pakistan was given a clean-chit to avoid the backfire as nothing was proven. Despite ceasefire, constant border violations from Indian side are a new normal, causing heavy losses to areas adjoining Pakistani border. These border escalations have intensified specifically in the BJP’s government. India had been reciprocating claims of losses due to shelling from Pakistani forces but never allows UN mission UNMOGIP to visit the affected area.

Points elaborated above highlight those impeding factors, preventing SAARC from becoming an effective and functional regional organization. The issues between India and Pakistan are overshadowing SAARC but it is primarily the Indian stubbornness hijacking the ambitions of regional stability and progress. There has been much flexibility shown by Pakistani leadership to engage India in purposeful dialogue process but has not been successful. Summit is scheduled and it would be already on the Modi’s list, point is to see whether he makes a presence or not.

Published by Pakistan Observer on September 03, 2016 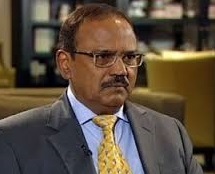