A new debate has been started in the strategic thinking and discourse, on publishing the story that appeared in the Washington Free Beacon dated on January 13, 2014, specifying that on January 9, 2014 China held the first of what could be a series of tests to check on the speed of its new experimental hypersonic glide vehicle (HGV) which would approach its target at a velocity of up to 10 times the speed of sound. Basically dubbed as WU-14 by Pentagon, this development interpreted to be designed for mounting on intercontinental ballistic missiles, as when the hypersonic vehicle is detached from the missile, it could travel as fast as Mach 10 from near space on the way to striking its target. Beauty of the HGV is that it can perform hypersonic precision strikes while maintaining a relatively low altitude and flat trajectory, making it far less vulnerable to missile defences.

Basically on the one hand, the testing of the ICBM hypersonic warhead is the first practical achievement of a large-scale programme to create hypersonic weapons, a programme that China is translating into life. China has been engaged in developing hypersonic cruise vehicles for several years. In July 2012, the Chinese media reported the commissioning in China of a unique high-speed wind tunnel capable of testing model aircraft at speeds of up to Mach 9. Now China has reported the flight test of a hypersonic cruise vehicle. But China’s recent test shows that Beijing may deploy its ICBMs with hypersonic warheads in the foreseeable future. None of the existing missile defence systems can bring down a hypersonic glide vehicle, so once China starts deploying such warheads, it will boost the reliability of its nuclear forces and add to stability of its strategic nuclear forces in the face of existing missile defence system. It is safe to assume that the People’s Republic of China is following Russia’s and US suit and will not limit itself to the development of hypersonic technologies in the interests of its strategic nuclear triad.

On the other hand, once China gets its non-nuclear hypersonic weapons, it will be in a position to much more effectively counter any carrier strike forces. China is making progress in manufacturing very powerful high-speed missiles to kill enemy aircraft-carriers, one such missile being the DF-21D anti-ship missile, which China has already made. The moment China obtains a more manoeuvrable hypersonic cruise missile to attack carrier forces, the aircraft-carrier defence system is dead, and the concept of world fleet development should be revised.

Currently, US hypersonic research is being carried out by the Pentagon and Air Force through the Force Application and Launch from Continental United States, known as the FALCON programme. Several vehicles are being studied, including the Lockheed HTV-2 or Hypersonic Technology Vehicle, an unmanned, missile-launched manoeuvrable aircraft that glides to earth at speeds up to Mach 20, or 13,000 miles per hour. The US Air Force is also testing the X-37B Space Plane, which has been orbiting earth since December 2012. At the same time Boeing is working on the X-51 Wave Rider, a jet-fuelled, air-breathing hypersonic rocket developed for the Air Force to be used for hypersonic attack and reconnaissance missions.

Russia too has confirmed the development of similar ultrasonic technology. Russia had successfully tested a hypersonic warhead in 2005. Moscow has said it expects to begin fielding hypersonic weapons that could travel at Mach 5 speeds or faster between 2018 and 2025. The Air Force National Air and Space Intelligence Center said in its annual report that Russia is building “a new class of hypersonic vehicle” that would “allow Russian strategic missiles to penetrate missile defence systems.” Likewise, Moscow is also developing the S-500 air and space defence system, with interceptors capable of shooting down hypersonic missiles. Moreover, India is also working on a hypersonic version of its Brahmos missile that could be capable of traveling between five and seven times the speed of sound.

In short, future weapons will include powered and unpowered hypersonic vehicles fired from the last stages of ICBMs and submarine missiles, and from the bomb-bays of strategic bombers. Hypersonic cruise missiles and surveillance drones are also expected in this regard. Military advantages of hypersonic craft include precise targeting, very rapid delivery of weapons, and greater survivability against missile and space defences. Therefore, in the 21st century, hypersonic weapons will prove to be an indispensable asset of a military superpower that China is turning into before every one’s eyes. Still, there is quite a way to go from first tests to the actual deployment of new weapon systems. 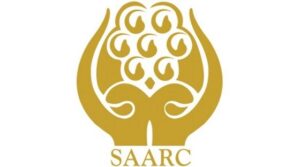