Taliban should erect a coherent state

Afghanistan sits at the crossroads of all energy, trade and transit corridors in an era of geo-economics

Afghans are witnessing a déjà vu. History is repeating itself. The country is once again exploding, and this time despite a relatively peaceful change of guard. The Taliban, nonetheless, are in a fix, as centrifugal forces are posing them a tough time. The sudden rise of ISIS-Khorasan in the wake of concurring violence has come as a challenge for the victorious militia. Of course, the Taliban possess the capability to fight them militarily, but this time the Pashtoon militia is on the responsible side of the divide. They are now destined to rule Afghanistan, and that too with a compassionate social contract that they had pledged.

In such a scenario, Taliban’s political wisdom is at test. They need to deal with prudence with regional and foreign powers in fomenting a new collaborative security strategy. Likewise, Taliban should proactively engage the Northern Alliance and other political voices to bless the new administration an inclusive legitimacy – and a broad-base security shield.

The expulsion of foreign forces is a triumph of nationalism over the world’s incomparable militaries. It is a collective victory of Afghan resilience. This is the time to flush out the remnants of terror without any jaundiced considerations; and the Taliban have vowed to do it. Only then can Afghans be able to exercise suzerainty and cheer the fruits of freedom.

There are certain “do’s and don’ts” that the Taliban would have to keep in mind while installing their first inclusive government. Unlike what victors usually do, they shouldn’t scrap the bureaucracy, as well as whatever remains of the security apparatus, including police. Similarly, no need to abrogate the constitution or hold it in abeyance.

The militia would be better advised to run the state on the law of the land. The incoming dispensation, which is likely to be a broad-based political set-up, will however be free to make amends in the constitution. But striking off the order on grounds of revolutionary exigency would not go well with Afghans. Pluralism will guarantee international dividends.

The biggest challenge is how to usher in confidence among 40 million Afghans who for the last four decades are in the grip of death and destruction. While Pashtoon constitute a little over 40 percent, the new socio-economic and lingual-cultural mosaic has to be multi-ethnic and heterogeneous in essence. Moreover, there are sizeable minorities such as more than 10 per cent Shias; Hazara, Uzbek, Tajiks, Turkmen, Sadat and Aimaq (to name a few), apart from Hindus and Sikhs, who do not share the same denominators with the Pashtoon. This is the Taliban’s biggest challenge to go plural.

Taliban have promised to respect the faith and culture of respective Afghan communities. The largesse exhibited during the recent Ashoor-e-Muharram by enabling Shia Muslims to freely perform their rituals has gone very well. The Taliban need to build on this gesture of cohabitation. Minorities and ethnic groups who have been wronged during war-mongering should be on-board. This is indispensable and will help in rooting out discords that have kept the country socially in-cohesive and disgruntled.

On the foreign policy front, Taliban apart from abiding with international agreements should make it a point to open up with the West, especially the United States. The days of foreign interference and stationing of troops are gone. Pentagon’s retaliation on ISIS-Khorasan targets in the wake of Kabul airport attack has underlined the importance of continuing intelligence sharing. It pacifies America’s long-term strategic outlook in the region, too. This aspect cannot be brushed aside by purporting chauvinism.

Afghanistan sits at the crossroads of all energy, trade and transit corridors in an era of geo-economics. An average of $1,100 billion poured in by China in Central Asia, South Asia, Middle East and Africa depends on peace in the landlocked state. This inevitably is the future lifeline of Kabul’s economic and defence viability. Thus, sustainable relations with all in the region and beyond are sine qua non for ensuring prosperity. Taliban should creed to German strategist Hans Morgenthau’s theory of realism: “All nation-states are motivated by national interests.” Taliban too should broker ties on interdependence. Nationalism should take precedence over ideologues.

Note: This article appeared on Tribune, dated 02 September 2021.
Disclaimer: The views expressed in the article are of the author and do not necessarily represent Institute’s policy. 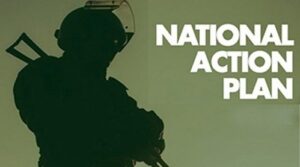 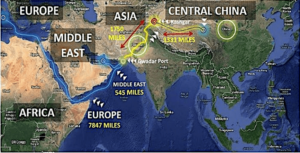 CPEC as a Mean to Regional Connectivity