I am a liberal at heart, and have never advised my wife on her hijab code nor on her social mingling. Likewise, my three sisters are free of will to make a choice as per their conviction, and necessity of occasion. But the underling is that we all are responsive to an organic and sensitive society, and one where values matter. So the element of decency and modesty reigns supreme.

This is so in the egalitarian West too, and I have lived long there to notice on my own, where women are encouraged and appreciated if they are clad properly. No point in bringing under focus anyone’s personal life or choice of dress code — especially in the four walls of their premises. Every man and woman should be on their own — with an element of inherent respect.

On the eve of World Women’s Day, thus, if this preamble is accepted as the way to go in personal and public life, then not only the friction and quarrel will come to an end, but it will usher in the needed harmony to collectively work for empowering the fairer sex, which undoubtedly is in need of protection and care as an equal segment of mankind.

So then what is the fuss about the Aurat March, which is held every year to mark Women’s Empowerment Day? Let’s glance through its current track since 2018 when for the first time these processions were taken out in the major metropolitans of the country. The fact is that its genesis lies in the #MeToo movement, which was a landmark stride in enabling the oppressed and harassed women to speak up in public to protect their right of social amalgamation.

Every man with an iota of common sense will support this initiative because it touch-bases the very fundamental right of security in a society which is increasingly getting intolerant, gender-biased and discriminatory. Harassment at workplaces and even in extended joint families, unfortunately, has become a customary trend, and this enigma is not only condemnable but also deserves to be nailed down.

With the turn of page came the next edition and that is a plethora of slogans that came to be associated with this women’s empowerment phenomenon — especially the Aurat March — and, in fact, did little service to the nuclei of the movement. Some of the shortlisted slogans were: Ghar ka kaam, sab ka kaam (everyone has to share household work); Mera jism meri marzi (my body, my choice); Jab tak aurat tang rahay gi, jang rahay gi (women will be in war as long as they are oppressed); No longer tawaifs (no more prostitutes); and last but not least ‘My shirt is not short, it’s your mindset that is narrow’.

In principle, there is nothing wrong with the thrust of these emotions, if one doesn’t get too paranoid with its vocabulary. Unfortunately, a minute section of clergy and jaundiced men flocked their feathers together to stir a storm. The women’s rally was dubbed as misogynistic and a threat to social harmony. But the incurring bottom-line was male prejudice against women who spoke of equal rights in a 5G world of interdependence.

The women too have a piece of ill-will to shoulder as this movement went wayward and became controversial. Many of them didn’t stick to the crux of their rightful demand for equal rights and went on to kick-start a slur campaign against men. The profanity did the damage and the women’s movement was marginalised. It created possessiveness, and the power-brokers and opinion-makers in the pulpit are now up in arms.

Pakistan is a progressive, liberal and decent society, yet it has the tendency to slip on the misguided ideologue and that is squarely evident in the hypes of sectarianism and the sense of otherness in lingual and ethnic domains. Talking of equality of men and women, of course, pinches those who have held the fort of masculism to this day.

So what’s next? Women need to draft a new social contract of empowerment by keeping in view social sensitivities. It will help them in the long run. They represent more than 50 per cent of the populace and surely cannot be underdogs.

There shouldn’t be any room for sexism bias in an evolving society. Women in harvest, nursing, teaching, industry, brick-kilns (masonry) and maids are the backbone of our economy, and so are the white-collar who form a vibrant workforce of our national life. They can neither be ignored, nor silenced. They deserve respect and equal rights.

Pakistan incidentally is a country where hundreds and thousands of women die in maternity-labour. They lack recourse to medicare. To simply point out a women’s disorder called vesico-vaginal-fistula, which is so common in rural areas yet widely unattended.

Such are the issues that are in need of being highlighted and talked about, apart from domestic violence, underage marriage, superstitious wedlock and denial of education to the softer sex. Millions of destitute homeless women on the streets and millions more in our patriarchal society are unheard of, and surely not on Aurat March radar!

Obscure and irrational slogans, rather, have literally derailed the essence of empowerment. Cosmetic rallies in fanfare by the elite is in no way women representation. Chalk out a roadmap to reach the truly half of Pakistan — and empower them. Come to think of it!

Note: This article appeared in Tribune, dated 07 March 2022.
Disclaimer: The views expressed in the article are of the author and do not necessarily represent Institute’s policy. 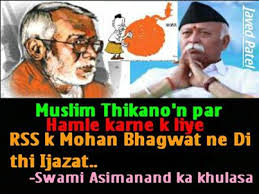