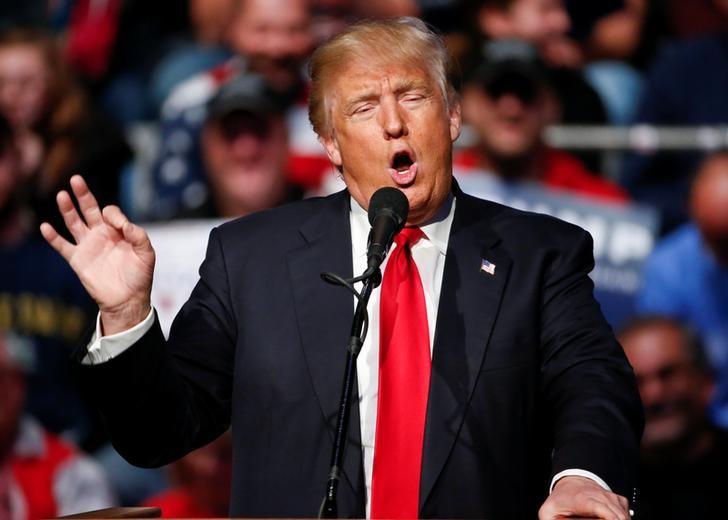 We’re going to be able to make that drug available almost immediately, says US president

“The empire, long divided, must unite; long united, must divide”, a quote from the novel, Romance of the Three Kingdoms by Luo Guanzhong explains the inevitable rise and fall of empires. It is insightful in predicting what is to become of the American empire this century.

Because the last century saw the collapse of all old empires, starting with the Ottoman and Austro-Hungarian empires in WWI, the British, French and Japanese in WWII, and the Soviet at the end of the Cold War. Out of this vacuum emerged the current American empire.

Now in 2020, however, the US is also beginning to reflect all the signs of an empire in a downward spiral. This is not to say that it will collapse right away, but the balkanisation of the US is almost inevitable and may already be under way before it becomes obvious on the surface in a few years.

The most important data to look at is where the macro and micro trends of the US power and society collide. It is at this juncture where most disruption and change occurs. As it is right now, 2020 is when it’s all coming together.

For instance, the US’ macro trend as a unipolar imperial power for the last 40 years, placement in history, relative power balance with China, and weakening of fundamental political and power structures over the decades have reached a point where a micro trigger could lead to a free-fall of American hegemony.

Therefore, the US is perhaps the single most vulnerable country that is at risk of an existential crisis including a possible civil war-like scenario and domestic political collapse.

With macro trends in place as a constant, the waning US power is already triggered through four key micro trends.

First, the coronavirus pandemic has accelerated the process. If it runs its full course, its duration will decide to what extent the US is going to suffer. The greater the suffering, the more the destabilisation owing to the country’s deep political fissures with states and federal at a head-on collision. The recent tweets by President Trump asking for states to liberate may mean nothing right now but at the discursive level, it’s a strong signal to where American politics may be heading.

Second, the pandemic has hit at the worst time — during the US election season. Elections are delicate political events that can result in chaos, but the 2020 US elections are perhaps the most important in US history because of what is at stake.

Third, American society has become radicalised and polarised between the far-right conservatives and far-left liberals. The older political systems and bipartisan politics have been wiped off and replaced by a very angry and corrosive political environment.

Lastly, the President in office is willing to take this very far. Trump is unlikely to go down in peace if he loses and is well aware of the support he has from a very large and angry populace. The way Trump has hijacked the centuries old Republican Party, it’s no more Democrats vs Republicans. For the Republican voter, it’s simply Trump vs Washington with Washington representing everything wrong with the US. It’s not without a reason that Americans, especially conservatives are stocking up guns and protecting the Second Amendment. There is a recognition that these will have to be used to protect ‘American values’.

The issue then is, if Trump wins the next election there is a problem, but if Trump loses, it’s a bigger problem because he is likely to agitate along with a large radicalised crowd.

This may seem speculative, but if we go by the previous pattern, we must expect anything from Trump. In 2016, nobody expected Trump would become the president, till he did. I fear nobody in the US can accept a collapse of the American system till it’s too late.

It’s a fact of history that empires collapse from within than from outside. It’s only a matter of when.

Note: This article appeared in Tribune, dated 20 April 2020.
Disclaimer: The views expressed in the article are of the author and do not necessarily represent Institute’s policy.