In a series of blows to the Palestinians, the Trump administration has recognized Jerusalem as the capital of Israel, moved the U.S. Embassy there and cut funding to the U.N. agency that deals with Palestinian refugees. Then, last week, Washington said it would withdraw US$25 million in support from hospitals in East Jerusalem. In a current decision, the Trump administration has ordered the closure of the Palestine Liberation Organisation (PLO) office in Washington on September 10, 2018. Ironically, no Muslim state has so far condemned the US action. However, Palestinian authorities have decried the US administration’s decision as ‘a declaration of war’ on efforts to bring peace in the conflict.

Interestingly, the announcement by the Trump administration came one day before the 25th anniversary of the Oslo Accord, which indicates that the US has decided to change its attitude towards; the Palestine conflict in particular and Middle East in general. The Oslo Accord signed between Israel and PLO in September 1993, established the Palestinian National Authority (PNA) as a self-governing interim administration in the Palestinian territories. As of August 2018, 137 states out of 193 member states of the UN, which constitutes 71 percent of total UN General Assembly (UNGA), have recognized the State of Palestine.

Trump’s actions have multidimensional impact on the regional security architecture of the Middle East in general and Palestine-Israel conflict in particular. Firstly, these actions are becoming the basis of reactionary policies by the Palestinian authorities. For instance, after the US recognition of Jerusalem as the capital of Israel, the Palestinian president, Mahmoud Abbas had formally declared that Palestinians will no longer accept the US as a mediator. Likewise, the Palestinian authorities decided to move in the International Criminal Court (ICC) against the US and Israel. Secondly, the leverage of the US for conflict resolution has been sinking in the Middle East gradually with such decisions. This is why the US Secretary of State Rex W. Tillerson’s efforts to bridge gaps between Saudi Arabia and Qatar failed.

Thirdly, dealing with the PLO as a pariah and terrorist organisation and not a representative of the people will reset Palestine-Israel relations to a pre-Oslo period. This means that a period of devastating violence, rejection of Palestinian freedom and state-led violent activities against nonviolent Palestinian protesters to be expected in near foreseeable future. Fourthly, this decision will more likely add impetus to Palestinian demonstrations that are already continue against demolishing of villages at West Bank and increased violence by the Jewish settlers against unarmed Palestinians. Lastly, such actions of major powers encourage violent actors to enhance their ingress in aggrieved societies. Resultantly, new recruitments and supply chain develop for terrorist organisation

It seems that the US President Donald Trump has no love for peace in Middle East. For the last 25 years, the US one way or the other had tried to play its role as a mediator. It brokered peace between Palestine and Israel, negotiated both the Oslo accord and the Iranian nuclear deal. However, President Trump has decided to change this American behaviourism. The US has started taking sides in the Middle Eastern conflicts. This is apparent from the last two years of its decisions in the region. The US has backed the Saudi Arabia-led bloc against the Qatar diplomatic crisis, withdrew from Iran’s nuclear deal, and now with a series of its acts has inflicted irreversible damage to Palestinian hopes for a sovereign state.

To conclude, Trump administration is limiting the options for Palestinians, which is detrimental to the peace process. This is also the last political stick which has been used to blackmail Palestine for desired objectives. However, leaving Palestinian reaction aside, the silence of the Muslim states in general and Organisation of Muslim Conference (OIC) in particular is unusual and meaningful for the entire Muslim world. 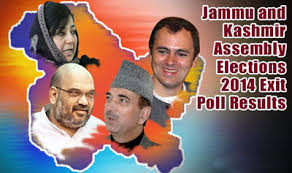 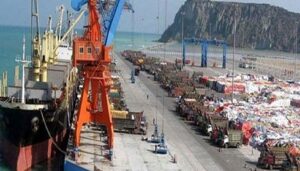