The US “rebalancing” strategy is primarily aimed at China as the country has the world’s second-largest economy after the US and it is growing fast, accompanied with soft power and military modernization lately. In this way, the US is trying to maneuver diplomatically, militarily, and financially in Chinese periphery. These advancements will have grave ramifications on the regional outlook as well as on worldwide politics. With China’s fast and astonishing development, the US-China relationship has become the most principle universal relationship in the world today than at any other time in the history. Of much more prominent concern is the vital quadrilateral relationship in South Asia including China, India, the US, and Pakistan. It has both regional and wider ramifications. The connections between these four states are to a great degree complex. At the point, when the “rebalancing” approach was initially taken off in 2011-12, a significant part of the accentuation was put on military activities in the region. China opposed these activities, and Beijing found a way to show its power in oceanic regional debate with the US allies, specifically Japan and the Philippines.

The tug of war between the two giants, i.e. China and the US has every potential to plunge the whole region in getting militarized. But, China has been cautious in reacting militarily to “rebalancing” strategy in strict sense, therefore, it has advanced the idea of restoration of conventional “silk route” in the form of “One Belt One Road” (OBOR) initiative. On the contrary, the Obama government has embraced a harder line against China’s activities and has developed security engagement with partners. These strides apparently represent a few expenses to China’s regional standing and its long-standing objective to decrease the US security presence around its fringe. India’s profoundly established threatening vibe towards Pakistan, Washington’s post-Cold War and post-9/11 romance of New Delhi, and the potential for a future worldwide order portrayed by rivalry between the US and China are all definitive components with future implications. With this regional riddle, it is obvious to expect a focused two-bloc coalition to come to fruition in South Asia, i.e. China and Pakistan versus India and the US.

The US strategy of “rebalancing” Asia offers a greater number of difficulties to Pakistan than opportunities. Pakistan must know about its near and extended neighborhood not only in the Indian Ocean Region (IOR) but also in the Asia-Pacific. In like manner, Pakistan needs to create opportunities through wise and effective diplomacy in the region as well as with the US. Since Pakistan may find it difficult to stay nonpartisan in the US “rebalance”, given its neighbourhood and friendship with China coupled with the country’s grieved association with India, which has effectively adjusted to the US. The evolving bumpy US-China relations will affect Pakistan’s security environment, keeping in perspective an effectively existing Indo-US strategic partnership combined with uneven Pak-US relationship. Also, later on, matters requiring military security, arms control, and Asia-Pacific will be serious between the US and China and Pakistan, being neighbor of China, will have challenges following the US “rebalance” strategy, which is fundamentally focussed on China.

Subsequently, Pakistan needs to re-strengthen its overlooked “Vision East” policy as next worldwide chess board is being prepared in the Asia-Pacific combined with India’s probability of utilizing America to balance both China and Pakistan. On the off chance that the future US-China relations are helpful than strife-inclined, then Chinese association in Pakistan offers little to worry; it might even advance settling financial improvement that could at last help Pakistan. If not so, tug of war between the two giants, i.e. China and the US might affect Pakistan. Pakistan has generally looked for close ties with both China and the US and it would need to genuinely consider the expenses of putting all it eggs in the China’s basket. Pakistan should never leave the US and rather strive for better relations with the world’s sole but struggling super power.

In the wake of the US draw-down from Afghanistan, the US and its partners are reordering the global security and their dedication to the Asia-Pacific and South Asia regions. The reorientation and the changing arrangements of the US and its partners would affect the regional security environment. Afghanistan and Pakistan, being the prime regional players, would confront the most extreme repercussions. The beginning of new “Cold War” between the US and its contenders, i.e. Russia and China could make the area a battle-ground for geo-political and geo-strategic interests. New regional alliances and identities may develop as well. Today, as the US rebalances its foreign policy towards Asia-Pacific and as the US military draws down its presence in Afghanistan, the relationship between the US and Pakistan is poised for re-evaluation. The result, in any case, is definitely not clear. A total separation between Pakistan and the US appears to be improbable, in spite of stewing differences over various issues. Also unlikely is a full rapprochement.

In any case, again because of fluctuating nature of Pak-US relations all through the history combined with US-China predictable competition, difficulties to Pakistan are enormous with constrained opportunities. In the event that Chinese economy suffers because of military experience in Asia-Pacific with the US or its partners, the CPEC might get affected. Nuclear Pakistan, having special significance in South Asia, is prone to get influenced either purposely or accidentally in the event of any disorder in South-East Asia. Being vital partner of the US in its war on terror and close companion of China, Pakistan gets itself sandwiched between the two powers. Although Islamabad wishes to stay away from the whole game but the relating conditions are likely to grasp Pakistan into its hold. Because, the handing over of “Gwadar Port” to China and the CPEC have raised the fears, though baseless, of Washington and its partners, especially India with respect to Pakistan’s contribution and role in the existing politico-economic game. 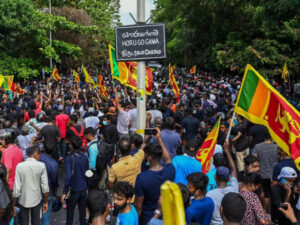 As Colombo sinks, Islamabad is guessing 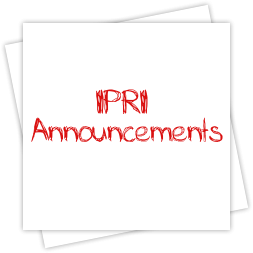 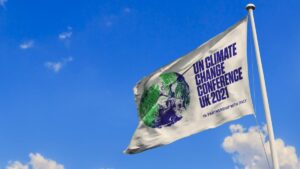